'Decision based on past practices' 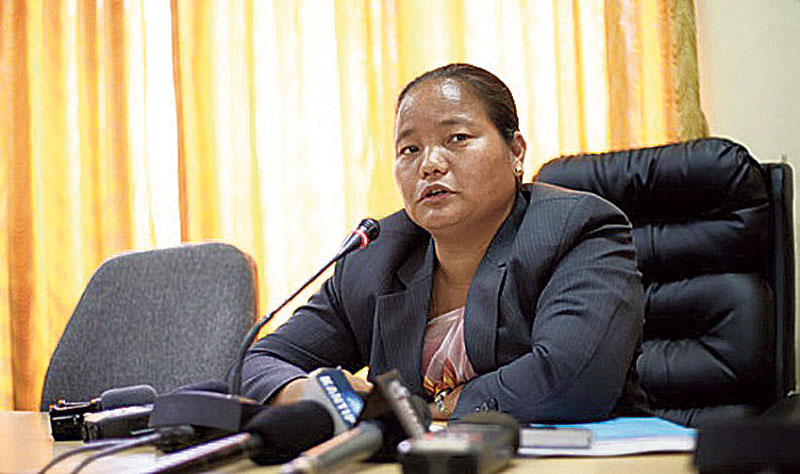 KATHMANDU, July 18: Speaker Onsari Gharti Magar on Sunday has said that her decision to call parliament meeting for July 21 which may discuss the no-confidence motion against the prime minister, was based on past practices and her own discretion.

Issuing a press note, the speaker's press advisor, Babin Sharma, said that it was not appropriate to blame the speaker as there are several instances of past speakers scheduling House meetings in similar circumstances.

The statement was issued to counter the allegations that the speaker's decision to call house for discussion on no-confidence motion filed against the Prime Minister was politically motivated. Gharti is from the then UCPN (Maoist) [current CPN (Maoist Center)], which is headed by Pushpa Kamal Dahal, who is in the race for new prime minister.

Leaders from CPN-UML and other ruling parties criticized Gharti for deferring the parliament meeting for July 21, while it was earlier scheduled for endorsing three remaining bills of the annual budget.

Parliament secretariat has already issued notice to discuss the no-confidence motion against the government while three bills related to budget were yet to be passed by parliament.

“After political parties failed to garner consensus despite repeated efforts to pass the bills related to the budget and as there were no clear provisions on constitution and regulations, the speaker called the House meeting for July 21 based on past practices,” read the statement. The statement further added that before calling the House meeting for discussion on the no-confidence motion, the speaker held adequate discussions with political parties, legal advisors and members of the parliament secretariats.

The main opposition Nepali Congress and the CPN (Maoist Centre) had registered the no-confidence motion against Prime Minister KP Sharma Oli demanding that the parliament begin procedures to elect new prime minister. While NC and CPN (Maoist Centre) stressed approving the bills related to the budget after finalizing the no-confidence motion, the ruling parties are demanding immediate approval of the bills.

Meanwhile, the parliamentary hearings scheduled for Sunday on the nominees for justices to the Supreme Court have been postponed until further notice.

According to the parliamentary hearings special committee (PHSC), the hearings were postponed due to some special reasons and will resume soon.

NC will take decision based on impeachment committee’s report: Singh

KATHMANDU, May 21: A writ petition has been filed at Supreme Court against government's decision to withdraw the cases of... Read More...

Air service resumes to and from Jumla airport
15 hours ago