(The author is former President of Nepal Bankers’ Association)
news@myrepublica.com

Banks need to revise their premium rates, mainly for the businesses at the local level, to ensure financial decentralization in the federal system.

With the promulgation of the federal constitution of the country, Nepali banks have also stepped up efforts to expand their business at the local level with new dimensions. After the federal system was introduced, Nepal Rastra Bank (NRB) made financial inclusion as one of its core agendas. For this purpose, NRB has aimed at channelizing financial resources across the sub-national levels by using the country’s banking means. The use of financial services such as deposit mobilization and credit expansion, concessional financing, deprived and directed sector credit and other important types of credit at the provincial level are essential. Hence, banks have also been working in line with the guidance of the central bank.

Currently, all big banks have opened their provincial offices as their regional headquarters in each of the seven provinces. The banks concerned have delegated authorities to these offices differently as per their requirements. Although there is not much difference in the working of the banks after the inception of the federal system, banks have come up aggressively to open their units at the local level to expand their businesses. As a result, banking access has reached almost all the 753 local governments, with the exception of just a few.

NRB data shows that out of the Rs 4.28 trillion deposit mobilized by banks and financial institutions as of mid-January 2021, Bagmati Province shares more than two-thirds of the deposit. The lowest share of deposit mobilization was in Karnali Province, followed by Sudurpaschim Province. It shows that a lot of work still needs to be carried out to incorporate a large number of rural people to increase their outreach to the country’s core financial system.

In order to promote the outreach, the umbrella organization of the commercial banks in the country, Nepal Bankers’ Association, initiated forming a multi-stakeholders platform to bring together representatives of various forums including civil society, private sector organizations like the Federation of Nepalese Chambers of Commerce and Industry and Confederation of Nepalese Industries, among other things. The mechanism was proposed to render need-based banking services effectively at the local level. Currently, the Ministry of Federal Affairs and Local Development has started doing the necessary homework in this regard.

With a call for economic decentralization following the implementation of the federal system of governance in the country, banks have also started introducing new products to attract people at the local level. Along with the operation of  physical outlets, banks have been considering online banking services for the people there.

A large number of people at the local level now have bank accounts though this could be attributed to a large extent to the need for receiving remittance from abroad or social security allowances provided by the state or internet services. These have contributed to raise awareness among people for banking transactions. It is worth noting to see that the per capita deposit has grown from Rs 1,900 to Rs 2,200 in Karnali Province while that in Sudurpaschim has grown from Rs 2,300 to Rs 2,700 during mid-July 2020 and mid-January 2021.

Still, banks have been facing challenges to run fully-digitized services as a large number of people are yet to become technology-friendly and familiar with financial literacy. These factors have been inhibiting the banks’ plan to expand their services effectively at the local level. Besides, there are several other challenges including networking and quality maintenance. At present, the local units of banks have been working to bridge the gap between conventional and modern means of banking.

If we look at the time during the COVID-19 pandemic, banks and financial institutions of the country contributed around Rs 280 million to the government’s COVID-19 fund after the central bank made it mandatory for them to contribute to the fund which was mobilized through a government mechanism at the local level. Similarly, banks helped mobilize the money through the promotion of online-based technologies during the pandemic.

Likewise, banks supplied an adequate amount of loans at nominal interest rates to the private sector including the small and micro enterprises during the COVID-impact period. Banks readily enacted the central bank’s guidance to reduce the interest rate by two percent. This contribution was so meaningful at the time of the pandemic when economic activities slumped due to the lockdown enforced to curb the spread of COVID-19.

As a result, banks provided credit worth over Rs 900 billion just during fiscal year 2020/21. Had the banks turned apathetic to expanding their loan portfolio during the pandemic, citing the risk factor associated with it, the country's economy would have faced even more troubles. Indeed, this move by the banks also added to the state’s treasury in the form of government revenue.

During the period, the loan to agricultural businesses grew by 43.6 percent, the maximum of which, no doubt, was flown in the rural areas. Likewise, the loan to the energy sector increased 29.1 percent while the amount on conditional loans surged by 171 percent. Banks reduced their interest rate on loan to as low as around eight percent.

Banks did not step back from their responsibility even when their net interest earning was down by 1.4 point percent, from 5.02 percent to 3.62 percent. Apart from the COVID-hit period, banks have always attached priority to investments in SMEs and energy and agriculture businesses, among others.

The paradigm shift in the loan portfolio definitely meant for the development of local levels. As for evidence, the NRB report also shows that directed credits such as loans provided to deprived sectors, agriculture sector, SMEs, energy sector and tourism sector have been growing over years.

At present, banks are not untouched by the problems that the entire economy is facing. Among others, the fast depletion of foreign currency reserves and shortage of liquidity are the major challenges. The persisting liquidity crunch has pushed the interest rate to a maximum level. However, the liquidity problem will not be a major problem, provided the government and authorities concerned jointly work to resolve it. 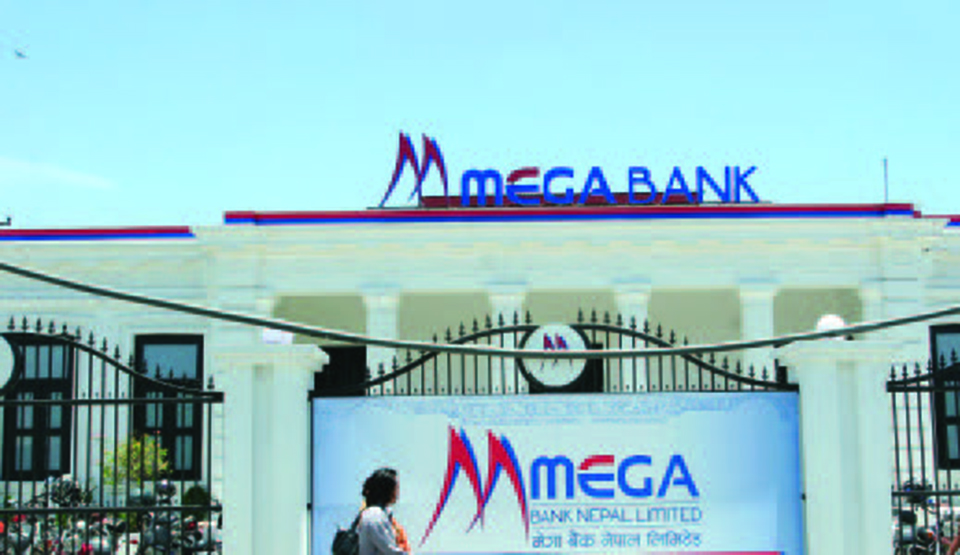 The government needs to correct its systemic flaws to speed up the capital expenditure spending pattern. At present, around Rs 300 billion under the heading is lying idle in the state coffers. This has largely affected the liquidity position of the banks. Apart from this, the government can also increase the threshold of the grants provided to local bodies being used for credit-deposit ratio from the existing 80 percent to 100 percent. While the role of NRB at this instant appears appreciable, the Ministry of Finance also needs to show concern to resolve the ongoing problems promptly.

Banks need to make the optimum use of their capacity along with promoting the technology use. This will help increase efficiency of service delivery. Similarly, there is a need for investing more in the productive sector including those in the rural sector. NRB also needs to enforce policies to curb the increasing investment in the realty business, rather than diverting funds to agriculture and energy businesses.

Given the unrewarding subsidies that were provided to agro-businesses, it could be productive if the grant subsidies are provided on the basis of production volume. For this purpose, the government can set a threshold to provide subsidies along with carrying out monitoring effectively so that needy farmers can get more subsidies.

Consumer inflation in the rural areas is quite high. Cases of under-invoicing and lack of implementation of the maximum retail price provision are also helping traders to make excessive profit by charging the local people high prices of raw materials and technology. This has impeded economic activities at the local level.

Banks are often blamed for charging high premiums on their interest rates, especially when it comes to the local level. In this regard, banks also need to assume the responsibility to correct the problem that could give some respite  to the rural people who have been facing high costs for borrowing from banks. This will aid largely in achieving the goals of economic decentralization in the federal system.

(The author is a former President of Nepal Bankers’ Association. The article is based on his conversation with Republica's Rajesh Khanal.)

Bank accounts must in Nepal for people heading abroad to work

KATHMANDU, May 29: Those leaving for foreign employment will now be required to open bank accounts before flying abroad. ... Read More...