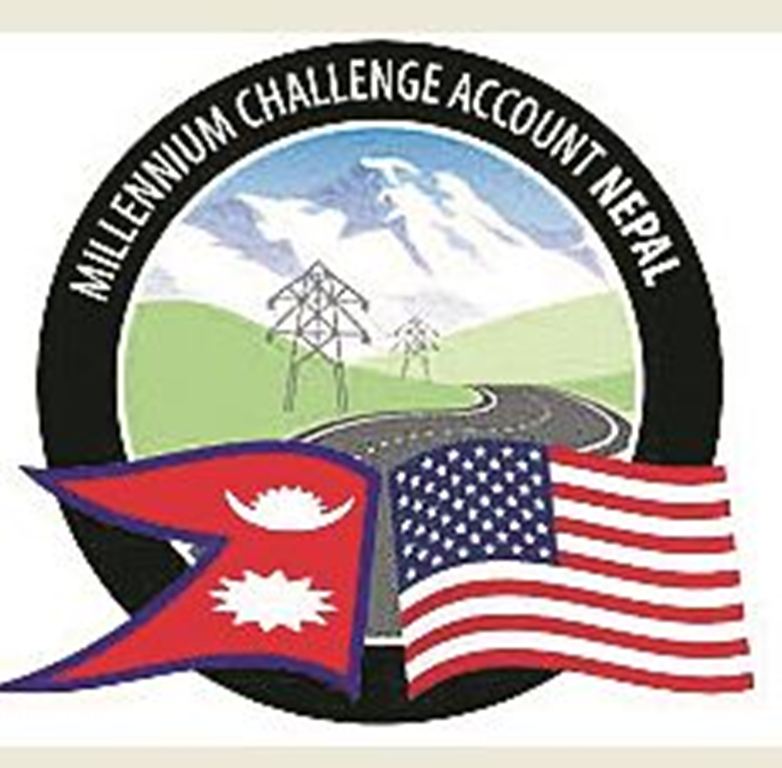 This fact-deprived discourse on MCC is leading us toward a meaningless confrontation. If the project is aborted at this stage, it would be extremely harmful to our fledgling economy

Having served on the Board of Millennium Challenge Corporation (MCC) in Nepal as a civil society representative in its formative days, the author of this piece had an opportunity to look at the Project in greater detail much before it came into wider public discourse. For the last couple of months or so, it’s been nerve-wracking to hear all kind of nonsense being blurted out about MCC by media-hungry individuals who seem neither to have any knowledge of the world of development-aid nor appreciation of the modus operandi of the global geo-political ambitions.

This high-decibel, fact-deprived discourse seems to be leading us toward a meaningless confrontation. If the project is aborted at this advanced stage, it would be extremely harmful to our fledgling economy. Looking at the projects of MCC, our stakes are really high. It is imperative therefore to join the debate and debunk the dangerous nonsense being spread.

The first nonsense invented by our political spin-doctors is that MCC is a challenge to the sovereignty of people of Nepal. The reality is just the opposite. A country cannot qualify for MCC support unless it demonstrates its government’s commitment to honor the sovereignty and centrality of its citizens. All 20 indicators that determine MCC qualification (they call it scorecard) are either about the political and economic freedom of people of Nepal or about the priority of our government to invest in services like health and education of the people of Nepal. Contrary to the nonsense being spread, the fact that MCC process requires the ‘parliamentary mandate,’ a pre-condition to project implementation, exemplifies its respect for our parliamentary sovereignty.

Our parliament has an ultimate right to either throw the MCC compact in the dustbin, or to give it a mandate with or without changes. In a parliamentary democracy, the parliament has an absolute mandate to pass any proposition into law or policy. What is then a big deal in a half-a-billion-dollar MCC compact seeking a parliamentary mandate? The projects under MCC must absolutely be completed in five years by the government of Nepal, the executing agency. The mandate will help the government of Nepal only (and not MCC) to implement the projects without any legal wrangling in future, and therefore help it avoid failing to meet its legal and contractual obligations to MCC. It is absolutely plain and simple, and totally justified.

The second nonsense being spread is that MCC projects are designed by the US and not by Nepal. Only a person who is completely blind to the rigorous process we in Nepal undertook for MCC qualification could come up with such a baseless assertion. After Nepal became eligible for MCC funding in 2013, rigorous studies were done jointly by the economists representing the governments of Nepal and the US over more than a year to come up with a 130 page ‘Nepal Growth Diagnostics’ in May 2014. One can find it through google search instantly.

The Diagnostics came up with four key bottlenecks to Nepal’s growth; policy implementation uncertainty, inadequate supply of electricity, high cost of transport, and challenging labor laws. Since an MCC project must complete in five years, and it should have demonstrable rate of internal return, later, the government of Nepal chose ‘electricity’ and the ‘roads’ to work on,  discarding the other two for now. Much later, the government of Nepal again after rigorous consultations within its ranks came up with the specific electricity transmission and road upgrade projects. The US government had almost nothing to do with selecting these projects, except MCC systems and processes asking questions as part of their due diligence exercise. Let truth be told.

The third and probably most provocative nonsense being manufactured is that MCC is giving the key of Nepal’s development to India connecting this condition with the Indo-Pacific Strategy. This is laughable. The only time MCC compact refers to India is while discussing the transmission line project. Building the second cross-border transmission line between Nepal and India, and thereby creating a critical lifeline for selling excess electricity to be produced by Nepal’s several under-construction hydropower projects is going to be the biggest legacy of MCC.

About 120 km out of the 140 km of the Butwal-Gorakhpur (Nepal-India) transmission line has to be constructed in India. It is no rocket science to understand that our side of the transmission line will have no utility unless India agrees to construct their own transmission line on their side. Without India’s consent and active support, the MCC transmission line project has no meaning. The funny thing is that India and Nepal have already signed an agreement in October, 2019 to this effect. This essentially means MCC condition has already been fulfilled.

The fourth nonsense doing the rounds is that MCC is robbing Nepal of intellectual property, copyright etc and is depriving the government of Nepal of its right to get the accounts audited by Nepal’s Office of Auditor General. MCC, they say, instead wants to force their own auditors on us. This is ridiculous. The compact does envision the government of Nepal granting project related intellectual property and copyrights to MCC—a common clause in any donor agreement. It does not give an exclusive right over them to MCC at all. The government of Nepal retains its own IP rights and copyrights. On audit, contrary to what the spin-doctors are saying, the compact makes it obligatory on the government of Nepal to keep the accounts, get it audited through its own official systems. What MCC demands is have its own auditors also do additional audits to its own requirements—another standard clause in any donor agreement, anywhere in the world.

The fifth nonsense escalates the conspiratorial narrative to characterize MCC as a front to the US pulling Nepal into its Indo-Pacific Security Apparatus, and by extension debarring Nepal from benefiting from China’s BRI investments. Both are demonstrably wrong notions and reflect lack of understanding of how Indo-Pacific Strategy is shaping up under President Trump, and how BRI works. Here is how.

Under Donald Trump’s leadership US overtly pursues an ‘America-First’ policy. The Trumpian take on Foreign Aid is much different than his predecessors—both Democrats and Republicans. Even his impeachment by Congress is based on charges that he allegedly sought a political quid pro quo while disbursing foreign-aid to Ukraine. Trump denies quid pro quo but admits that he has a right to ask an aid recipient country to address his legitimate policy concerns.

President Trump has openly expressed his discomfort with United States paying disproportionately high contribution to run an alliance as significant as NATO. He has questioned why the US should pay for providing security umbrella to long time allies like Japan and South Korea anymore. America of today is very different from what it used to be yesterday. The claims of US administration officials that all US aid including the one through MCC is part of their singular policy, singular vision for Asia-Pacific has to be read in the context they are spoken. Overreading them would not serve us well.

US, Japan, India, Australia (the quad)—the big four naval powers in the region—want to keep the oceans and shipping lines of Asia-Pacific ‘Free and Open’. Their concerns are based, among other things, on what they call China’s recent naval intransigence—particularly by building permanent structures around Spartly Islands in South China Sea and increasing confrontation with Japan on Senkaku/Diaoyu dispute in the East China Sea.

For the US, Indo-Pacific Policy or Strategy is still a work in progress and it has a distinct context. Instead of speculating about it, we should read the strategy papers released by US State Department in November 2019 and US Department of Defense in June 2019. There is not much for Nepal to be concerned about. It is not a NATO or WARSAW kind of pact which much of our conspiracy theorists are making it to be. There is no question of joining it. There is nothing to join. It is just about agreeing to the free and open Asia Pacific and even China does not disagree to it as a principle.

Being BRI investment destination and being part of the ‘Free and Open Indo-Pacific’ vision are not mutually exclusive choices. Sri Lanka, Bangladesh, the Philippines, Thailand, Malaysia, Vietnam, Indonesia all are receiving BRI investments (or eyeing them), and yet are also active participants in the Indo-pacific talks and strategies. Many of them are MCC/BRI money recipients simultaneously. Landlocked Mongolia is a perfect example that is using USD 350 Million MCC money and is also working on the ambitious road and train projects connecting China and Russia under BRI.

Let’s vigorously debate MCC and every other development opportunity coming our way, but let’s debate them on facts and not on rhetorical and fictional grounds as many in Nepal are doing today to the detriment of our own country and its economy.

The author is Secretary of Samaajwaadi Party. The views are personal

Sri Lankan President says he will not sign MCC deal even in dream: Report

Nepal’s young democracy requires Nepalis to demand more from themselves and their government instead of falling victim to the allure of... Read More...

US dollar soars to all-time high
20 hours ago