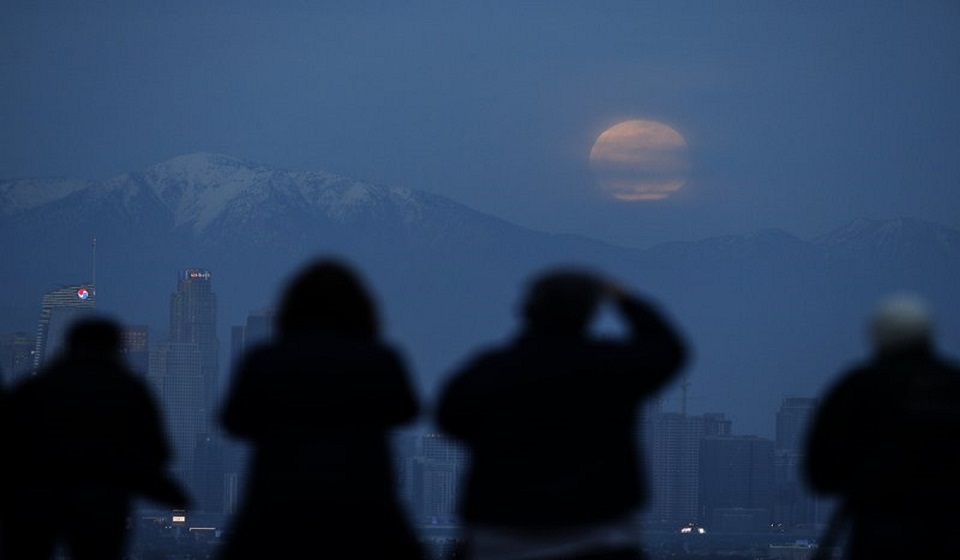 If the moon is seen red from the Nepali sky today, it will not be due to lunar eclipse but only due to air pollution, according to NASO. This eclipse is the longest lunar eclipse since February 18, 1440 and will remain the longest until February 8, 2669.

There is a general belief among Hindus that people should not eat or drink anything during the eclipse period. Astrologer Kashinath Gautam argued that since negative vibrations or radiation that enters into Earth’s atmosphere during an eclipse, people are likely to be taken ill in case they dine as these radiations may enter their bodies. “No matter whether it is a solar or lunar eclipse, people should not eat, drink or even go to toilets during the eclipse,” Gautam said.

There is also a belief that pregnant woman should not watch these eclipse as there is high chance of a miscarriage. Astrologer Gautam, however, said that since the lunar eclipse that falls on the day of Kartik Shukla Purnima will not be visible from the Nepali sky, people do not need to follow any such things.

These beliefs among the Hindu people, however, are not scientifically proven. Manisha Dwa, an astro-photographer and project coordinator at NASO, said these eclipses are harmless and there is no scientific reason explaining why one cannot drink or eat during an eclipse. “Scientifically, there is no harm in eating before and after an eclipse. It all depends on how one perceives these eclipses,” she said.

“Being a Nepali myself and belonging to the Hindu community, it is a good thing when it comes to cleanliness and hygiene. But the general belief among Hindus that one cannot even drink or eat during an eclipse is something that is not proven true by science.”

Dwa also said that while making live videos about solar and lunar eclipses, they are usually eating so that they can help people come out of the traditional misbeliefs.

Chairperson of NASO Suresh Bhattarai also said that there are no such things that determine what people can do and cannot do during eclipses. “The only thing you should not do is view a solar eclipse through your naked eyes,” he said.

'Cubes in Space' to be held first time in Nepal

KATHMANDU, Jan 25: Nepal Astronomical Society (NAS) has hosted a logo competition as part of its preparation for the Olympiad.... Read More...