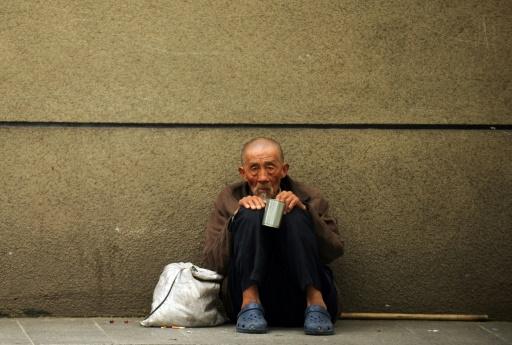 BEIJING, Sept 13: The killing of four children by their poverty-stricken mother -- who then committed suicide, followed by her husband -- sparked online outrage and debate in China Tuesday over the gap between rich and poor.

Yang Gailan, 28, used an axe to kill her three daughters, aged six, five and three, and her five-year-old son, police in the northwestern province of Gansu.

She committed suicide by drinking pesticide, they added in a statement online, and her husband poisoned himself two weeks later, after the funerals.

The family had been among the poorest in Agushan village, reports said, but were denied a government low-income allowance by the village committee, which claimed their annual per person income put them above the poverty line benchmark of 2,300 yuan ($343) a year.

Multiple media reports alleged corruption was a factor, saying their benefits had been cancelled because they had not bribed local officials.

"Ours is a brutal, man-eating society," said one poster on China's Twitter-like Weibo Tuesday.

The situation "exactly reflects the painful reality of the extent of China?s poverty", wrote Xiang Songzuo, chief economist for the Agricultural Bank of China, on his verified social media account.

"On the one hand are the corrupt officials embezzling hundreds of millions at every turn and the rich spending thousands every day, fighting to compare who can spend more, while on the other side are those in such poverty they lose the hope of living."

China's boom has seen it rise to become the world's second-largest economy, but inequality remains stark and the Global Times newspaper, citing the National Bureau of Statistics, said 70 million people currently live below the poverty line, primarily in rural areas.

It quoted Dang Guoying, a rural development expert at the Chinese Academy of Social Sciences, saying: "This case shocked urban Chinese people living in developed eastern cities, because most of us cannot imagine that millions of Chinese people still live in poverty."

Mother jumps off the Seti bridge with her children

DOTI, July 21: Three of the four family members who jumped in the Seti River are missing while one has... Read More...

A daughter lights the funeral pyre of her mother

RUKUM, July 29: As per the Hindu tradition, only a male can perform the last rites of the deceased family... Read More...

A mother posted a lengthy suicide note on Facebook a day after Christmas before suffocating her one-year-old son and killing herself, a... Read More...