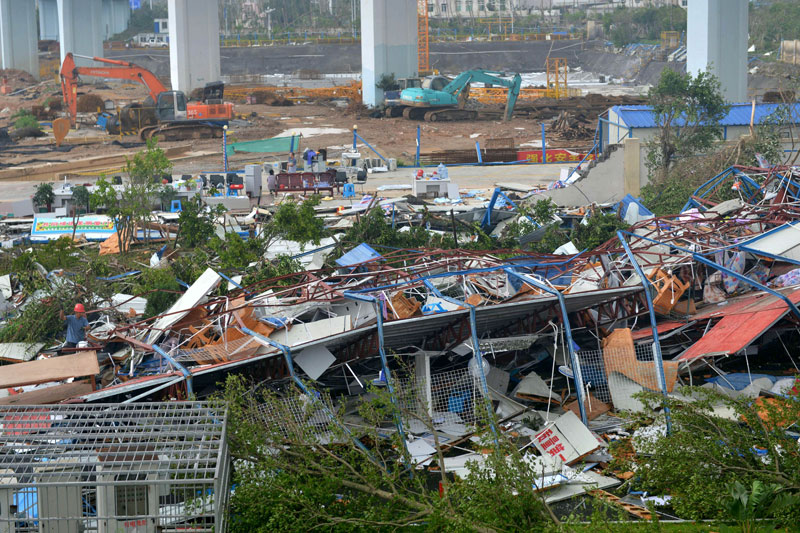 BEIJING, Sept 17: A powerful typhoon has caused at least 15 deaths in China and Taiwan just days before a second storm is expected to batter the region.

Chinese authorities say 13 people have died in the eastern provinces of Fujian and Zhejiang since Typhoon Meranti made landfall early Thursday, with another 14 people still missing. Taiwanese officials have reported two dead. A second typhoon, Malakas, is expected to hit Taiwan on Saturday before moving on to China.

Meranti this week lashed a vast swath of China's seaboard, including Shanghai, with heavy rain and winds of up to 280 kilometers per hour (175 miles per hour).

The typhoon made landfall in China's southeastern Fujian province, where media reports showed power lines toppled and streets submerged in water. Repair workers were working as of late Friday to restore electricity to millions of residents in the Fujian provincial capital of Xiamen, according to state media.

Meanwhile, officials in the Taiwanese capital Taipei have closed offices and schools on Saturday in anticipation of rough weather from Malakas.

The second storm, although less powerful than Meranti, is still expected to lash Taiwan's capital with gusts of up to 191 kilometers per hour (118 miles per hour) before veering north.

RAUTAHAT, Jan 18: With the death of three more people including a newborn in Rautahat, the toll of people dying of... Read More...

Weather: Light to moderate rain forecast for today
20 minutes ago