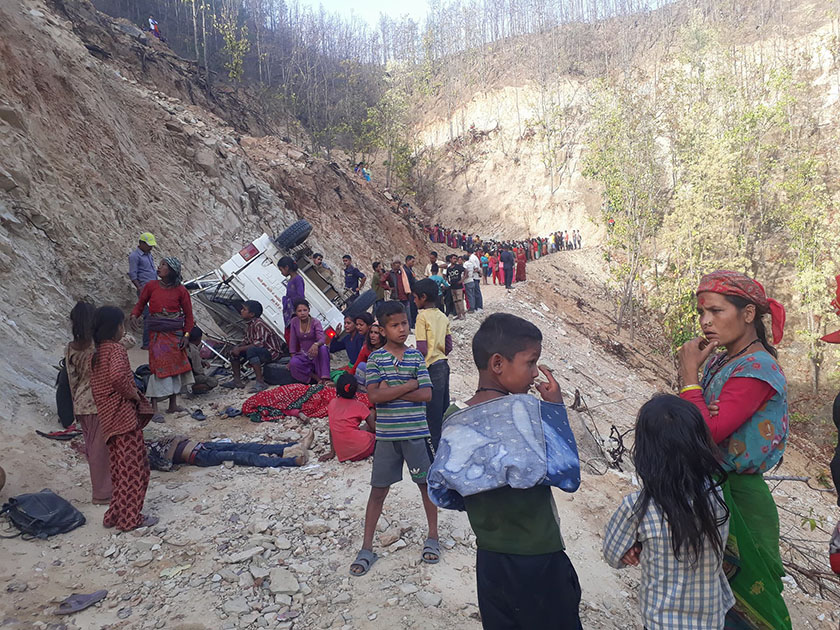 DOTI, April 22: Two more people succumbed to their injuries and death toll has rose to five in Doti’s jeep accident of yesterday.

Yesterday, three passengers had died and 16 others were injured after a jeep, Ga 1 Cha 5275 en route to Jorgaun of the district from Dipayal met in an accident.  Two passengers today passed away on their way to Nepalgunj hospital, according to District Police Office, Doti.

The two passengers have been identified as Jhakari Bhul, 35 and Dhauladevi Bhul, 28, both residents of Sikhar municipality-8.

Yesterday, three passengers had died on the spot. Those deceased include Khinturi Bhul, 40, Kati Sarki, 32 and Suraj Bhul, 14.

New leadership elected in four municipalities of Bhaktapur
52 minutes ago