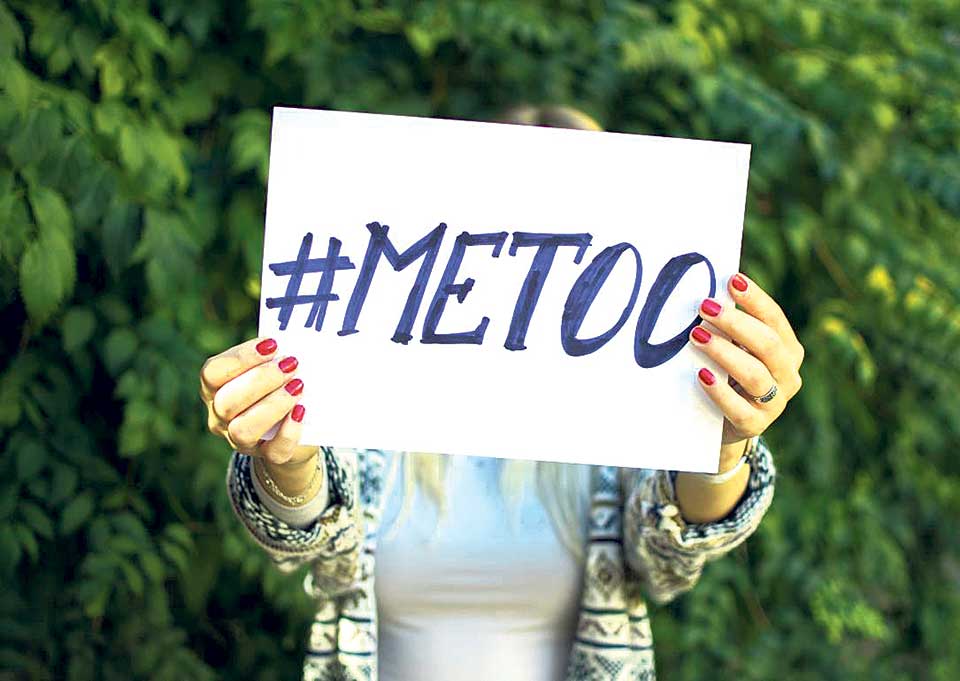 34-year-old Sabrina Pradhan was running late for a meeting and had no other option but to squeeze herself into the last available space in a tempo when the man on the seat next to hers pinched her bottom. Not the kind to brush off such incidents, Pradhan slapped his hands and created a fuss. Rather than apologizing or looking ashamed at being called out, the man just winked at her and then grinned at his friend sitting beside him.

Pradhan says that, all this while, the other seven passengers in the tempo stared at the floor or looked out the window pretending they did not see what the man did. Pradhan claims that she always takes action to put harassers and assaulters in place and urges everyone to do so too. However, she also confesses that speaking up about these things initially made her feel uncomfortable.

“Whenever men have misbehaved and I have made a fuss in public, I have always been at the receiving end of accusing glances and smirks. It’s almost like they think I’m in the wrong for speaking up,” says the marketing executive whose tempo incident was one of the many instances when that has happened.

19-year old Kriti Ghale, a BSW student, has an interesting viewpoint regarding this matter. Ghale thinks that this problem arises from a very young age encouraged by our school’s dress code system and even movies. She names Snow White and Sleeping Beauty among many others movies where sexual assaults are romanticized.

“Kissing a sleeping or a presumed dead person is in no way romantic. People have to realize that consent is a very important thing too and think about the impression it makes on a young child’s mind,” she says.

She also criticizes dress codes imposed by organizations, including educational institutions and workplaces, by pointing out that the only thing it does is imply that a person’s body is at all times sexualized. She further reveals that her own college has this “dress code” thing going on where there is no uniform but students aren’t allowed to reveal their shoulders, have to wear full length trousers or pants and t-shirts and sweaters have to be loose and can’t be form flattering.

While Ghale’s sentiments are a personal belief, to brush it off as just that would be wrong. Punyashila Dawadi, advocate at Legal Aid and Consultancy Center (LACC) Nepal, believes sexual assault and harassment don’t manifest all of a sudden. It gradually escalates and perhaps Ghale is right in believing that women being told to dress ‘appropriately’ is a part of the problem and maybe even where the problem starts.

Dawadi also cites marriage rape as one of the more dangerous, highly prevalent and still mostly ignored sexual assault. She divulges that many women who come to LACC have undergone forced consummation by their husbands and many do not even know that’s illegal and that without consent sex is still considered rape. Dawadi confessed that there have been instances where the women’s families have actually told them to keep fulfilling her husband’s wishes because that was what their role as wives was.

Pradhan recalls an incident her classmate went through when she was 10 years old. Apparently her elder brother raped her. At first, the 10-year-old did not know what her brother was doing but, when it continued throughout the week, she figured something was not quite right. When she complained about these strange and uncomfortable things her brother was making her do, her parents were furious at her for making it such a big deal. She got physically punished by her parents and was threatened into not revealing this information to anyone else. Pradhan reveals that her friend is still traumatized by it and it has affected her mental health a lot.

And it’s not just women who go through these horrendous and outrageous acts. A 29-year-old male model, who wanted to stay anonymous, revealed a very disturbing story about the time he had to undergo a very uncomfortable photo shoot. At a ‘test shoot’, for a modeling contract, he was basically forced to strip down and groped repeatedly before a bunch of nude photos were taken.

When the model reached out to modeling firms, they revealed they had heard about these kinds incidents happening around the world but that was the first time they had actually heard of it happening in Nepal. “That incident didn’t deter me from pursuing a modeling career but now I make sure I tell newcomers that these kinds of things can happen and that they should raise their voices against it,” he says.

Sexual harassment and assaults have become global issues and Ghale claims she is extremely ecstatic about the #MeToo and #TimesUp movement that seems to have taken Hollywood by the storm. “All these celebrities who spoke up about sexual harassment have done what no one else succeeded in doing and that is pointing a finger at sexual harassers publically and starting this global movement about how it’s wrong and no one should tolerate it,” she says adding that since the celebrities who spoke up about it are global icons and idolized by millions of people, them talking about it might make people actually sit up and pay attention and treat it like the serious issue that it is.

When questioned how one can take immediate actions against harassers and assaulters, Dawadi suggests putting up as much struggle as you can and being vocal and loud. She also provides some cautionary tips – always carry a safety pin or something that’s sharp, small, and undetectable but potentially harmful or a pepper spray. She also advises avoiding sketchy areas, not being out alone at nighttime, and using apps developed to be of help in case you face sexual harassment of any kind.

Dawadi points out that time and again there have been efforts to curb sexual harassment especially on the streets and public transport but the thing is that the efforts are minimal in comparison to how big the issue actually is. Last year, Nepal Police launched an anti-harassment campaign targeted at protecting women in public vehicles. Under the ‘Safety Pin Campaign’, police were to conduct a sting operation as well as take immediate action when anyone reported a case of harassment while travelling in buses and tempos.

However, Pradhan is quick to add that the limited approach can only do so much when the general attitude regarding sexual harassment is wrong. Dawadi also voices her disagreement on how the law approaches sexual misconduct issues. “You can only file a complaint against someone for sexual assault and harassment if you have clear evidences of it. How are the victims supposed to provide evidences of it at all times? There is a seriously big loophole there,” she says. She also points out that the biggest penalties for these heinous offences are a mere three years jail term and a fine of Rs 3000. “I’m sure all of us realize how little this does to deter harassers,” she says.

SP Purna Chandra Joshi, spokesperson for the ‘Safety Pin Campaign’, says that there is a need to bring about awareness in people that sexual harassment isn’t something you should be silent about. SP Joshi believes that it’s everybody’s right and responsibility to raise their voices when they face sexual harassment or see somebody else going through it.

LOS ANGELES, Nov 1: Actress Tippi Hedren graphically chronicles in a new memoir incidents in which she says she was sexually... Read More...