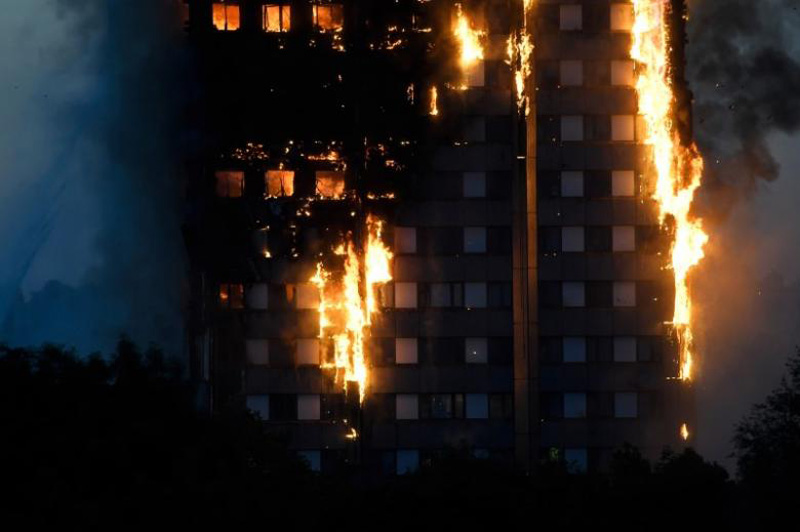 LONDON, June 23: A fire that killed at least 79 people at a London tower block started in a Hotpoint fridge freezer, and the outside cladding engulfed by the blaze has since been shown to fail all safety tests, London police said on Friday.

Detective Superintendent Fiona McCormack said that in view of the heavy death toll, police were considering manslaughter charges over the disaster.

She said the Hotpoint model, FF175BP, involved was not subject to recall and the manufacturer was doing further tests.

"We now have expert evidence that the fire was not started deliberately," McCormack told reporters in London.

Britain ordered an immediate technical examination of the Hotpoint fridge model to establish whether further action needed to be taken, but said there was no need for owners to switch off their appliances.

A spokesman for Whirlpool could not be immediately reached out of U.S. business hours.

Police said both the insulation and tiles used in cladding at the 24-storey Grenfell Tower block failed all post-fire safety tests.

Such were their concerns after the tests that the information was immediately shared with government to disseminate more widely.

"Given the deaths of so many people we are considering manslaughter as well as criminal offences and breaches of legislation and regulations," McCormack said.

The blaze, Britain's worst since World War Two, has heaped pressure on Prime Minister Theresa May, already fighting for her political survival after her party lost its parliamentary majority in a snap election on June 8.

When speaking about the 79 people dead or missing, presumed dead, McCormack said: "I fear that there are more."

Thai police say wave of blasts not linked to terrorism