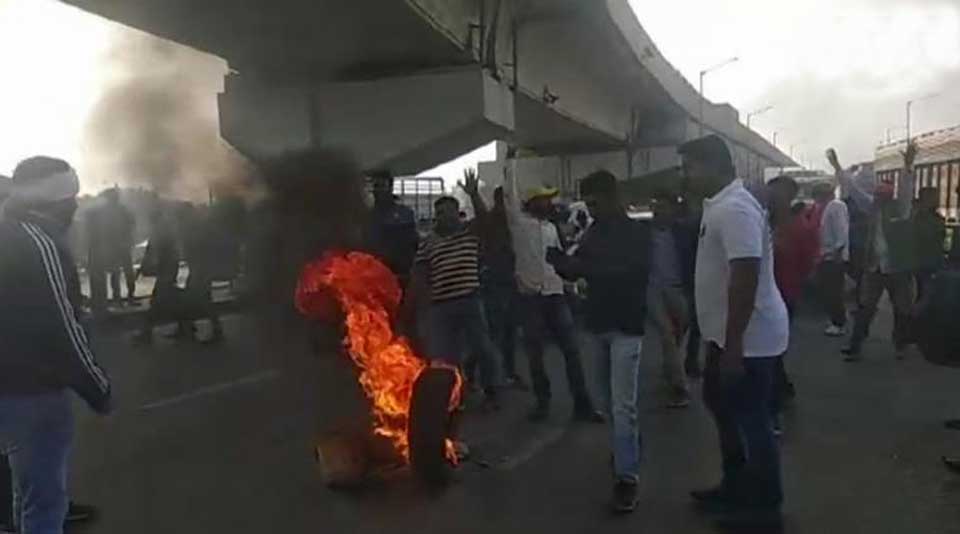 Protesters set fire to a type on the Delhi-Jaipur highway on Tuesday (Source: ANI)

New Delhi, Jan 24:  A day before the release of Padmaavat, a Bollywood film directed by Sanjay Leela Bhansali, protests erupted in several parts of the country.

Security has been beefed up in several states, including Maharashtra, Rajasthan, Gujarat, Uttar Pradesh and Haryana. The Supreme Court Tuesday rejected petitions by the governments of Madhya Pradesh and Rajasthan, which sought to review the court’s earlier order that rejected a ban on the film. The apex court had also directed state governments to ensure law and order is maintained.

In Maharashtra, the police have issued advisories to increase security arrangements across the state, and identified certain districts, such as Aurangabad, Nashik and Kolhapur as “sensitive pockets.” In Gujarat, a day after protests turned violent, the police filed six FIRs against 100 people today.