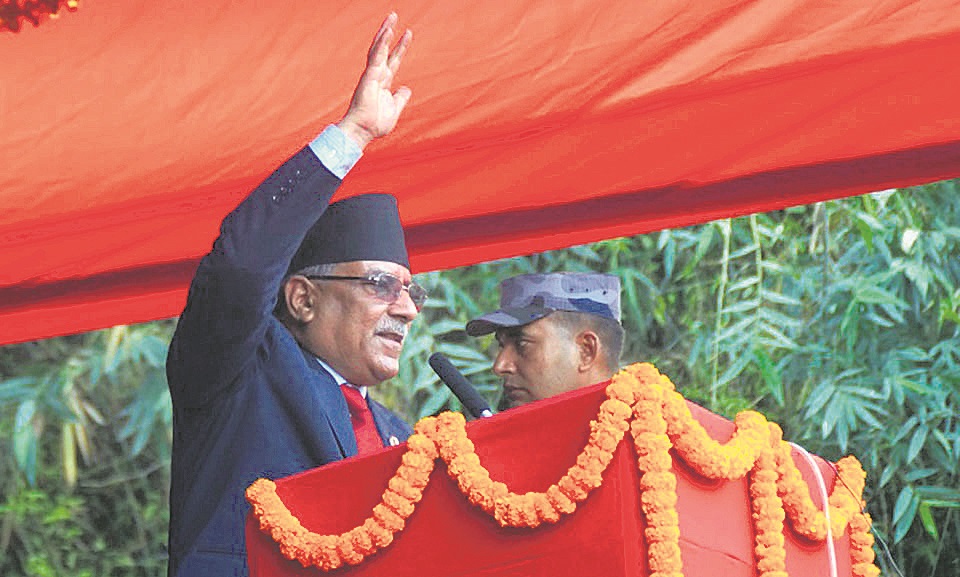 If one man can claim that he is responsible for 5000 deaths, and we can do nothing about it, why should we even bother about the killer of Nirmala Panta, just one person?

In January 2020, in a festival to mark Tharu culture, Pushpa Kamal Dahal ‘Prachanda’ made what by any standards is an unusual statement.  He rejected the idea that the 17,000 deaths from decade-long conflict could be blamed on him.  But he readily accepted responsibility for 5000 deaths.  Certainly some organisations have clearly been responsible for many more deaths than this.  In the case of the Nazis and Khmer Rouge, to name but two, they were responsible for millions of innocent deaths.  But this sort of perverse number game does nothing to diminish the significance of Prachanda’s admission.

He would probably argue that many of the 5,000 deaths he attributes to himself personally were not criminal but were covered by the rules of law in international agreements such as the Geneva Conventions.  But we have documented in the past many of these deaths were cold-blooded murders.  The barbaric murder of Muktinath Adhikari, for example, publicly executed to force a whole village to conform to the revolutionary project.  Or the innocent civilians destroyed with a single IED targeting a public bus in Madi.

Prachanda points to the fact that the state was responsible for rest of the 12,000 murders and could well point to the murder of the building workers in Kalikot, the execution in cold blood of captured Maoists in Doramba of Ramechhap District, or those dozens who were killed in army detention in the Bairabnath barracks, just a few steps from our current presidential palace.

But no court would rule that one atrocious murder absolves another—there lies barbarism.
I welcome Prachanda’s confession, even if I am not sure what has motivated it.  The general reaction of the society, however, has been to look away. My first reaction to the confession was to reinforce my long-held view that the people of Nepal deserve to know what happened between 1996 and the CPA in 2006.  How many of the 5000 can be justified by the war?  And the rest, what do we do about them?  These are the questions that Suman Adhikari and Shanta Sedai, two of many thousands of victims and survivors, have the right to have answered.  Nothing can return their loved ones, but at the minimum they deserve to know what happened, why, and who did it.  And, yes, this includes finding out who ordered it at the institutional level so at least we can try to prevent such barbarism from happening in the future.

Command responsibility is a difficult crime to prove—it is always easier to determine who killed someone physically than to prove who gave the orders, often far way, maybe even from a foreign country.

But Prachanda, by his January confession, challenged not only the moral conscience of the Nepali people but also the justice system. He says “I am responsible for 5000 deaths”.  The moral conscience replies, “What are we going to do about it?”  For the past 14 years, Nepali society at large has not been able to ask with sufficient conviction and force what happened at Madi, Kalikot, Bardiya, Dormamba, Maharajgunj.  Prachanda provokes us once again to ask the hard questions.  Who did it? Why?

If one man can claim that he is responsible for 5000 deaths, and we can do nothing about it, then why should we even bother about the killer of Nirmala Panta, just one person?  What does this say about the entire justice system if such a brazen declaration of culpability brings little or no reaction?
More than 17,000 people died in the war.  Some in a combat they had volunteered to take part in.  Others who had no choice and who were forced to take part. Some who were simply at home, minding their own business. My guess, and it is impossible to know without a good truth process, is that the majority were killed outside what we can call combat.  Many died over land disputes made to look like war incidents.  Others died for their caste.  Others, like so many Tharus, were killed for an ethnicity mistrusted by the establishment.  Others were killed for personal reasons, for disputes over matters of the heart.  Others simply for money.  Others as a warning to behave in a certain way, to support a certain faction in the war.

I don’t know the numbers or many of the details.  Like all their friends and families, I have been denied my right to the truth. The international law that we are part of says victims and society suffering from such atrocities have right to know the truth not only as part of the effective remedy for the victims but also to prevent future atrocities.

My second reaction to the 5000 confession is this: How can we build a justice system if we can’t even discuss the 17,000 in an informed way?

So that made me start reflecting.  What is rule of law that everyone says they want and which donors pay so much money for but that no one ever sees or even understands?

Rule of law sounds complicated but really it is simple.  It means that the police, prosecutors and the judges do their work honestly, independently and with integrity.  It means that every accused has the same rights to a proper defence but that all must face the same laws and the same justice, even if they are a minister or the speaker of the assembly or even king.  And at the same time, the victims, like Nirmala Panta and Shanta Sedai and Maina Sunwar, have the right to justice wherever they are from, whatever their caste, religion, gender or whatever.

For me, Prachanda’s 5000 confession says two main things.  One, there will be no recognition of the victim’s truth about the conflict; and, two, we are not all equal in front of the law in Nepal today.
The Nazis in Germany used to say that if you say a lie and it is big enough, and if you say it often enough, it becomes the truth.  We need to reflect on this.

If you say you are guilty of something bad enough, and if you say it often enough, you become innocent in Nepal.

Fourteen years after the end of the war, we still have a police force that is incapable of investigating even one murder or one rape involving those in power.  A justice system that works almost solely on confessions, often under torture. They are used in favour of those in power and used against those vulnerable as we see recently in the press.

How much progress have we made since 2006 in justice system?  Not so much.

And we won’t make much progress till we stop looking away or closing our eyes on these issues.
Transitional justice is vital, a right for all the victims and their survivors.  But more than that, learning the truth about what happened and why is the only way we will manage to start to build a justice system in Nepal that serves all the people, not just the powerful.

The current commissions, established through fake consultations, are widely believed to have been designed to bury the truth—as many previous commissions did—than to reveal it. How long we turn away saying “kegarne” (as in, ‘nothing to be done’)? When will we start discussing “aba kegarne” (‘now, what shall we do’)?

KATHMANDU, Sept 22: A day before one of its chairmen and Prime Minister KP Oli leaves for New York to... Read More...