Dancing his way up 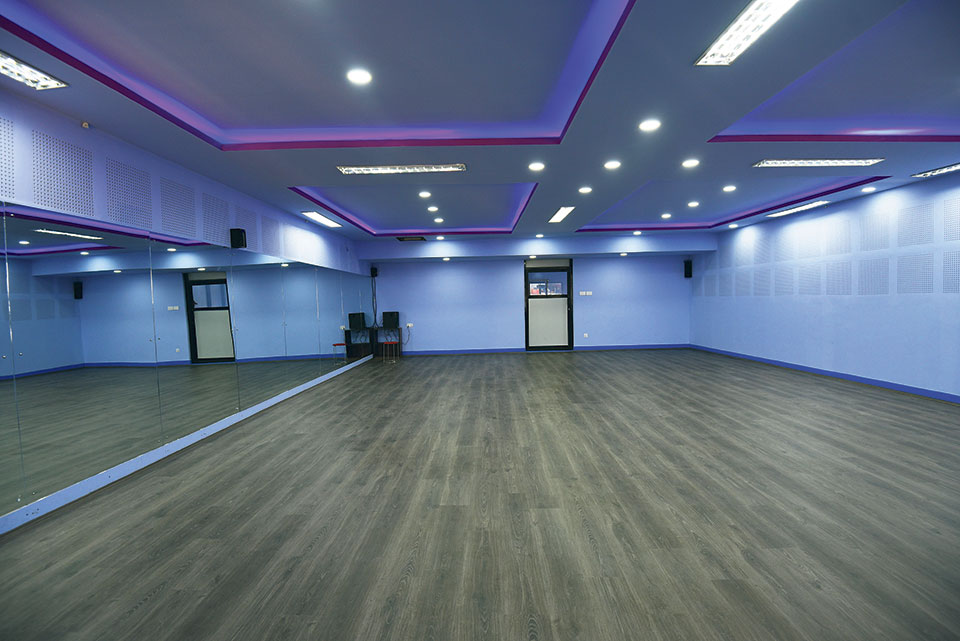 There was a time when dance used to be considered a fruitless pursuit. That has changed now and Bidur Siwakoti couldn’t be any more delighted.

Siwakoti had always loved dancing. So much so that he trained under the great Dance India Dance judge Terence Lewis himself. He knew there were others who shared his passion. And he knew that they all needed a platform to showcase their talents.

When he first started showing a keen interest in professional dancing back when he was young, it was usually met with frowns and mocking remarks. Tune in a decade later and he’s the proud owner of the Movement Dance Academy—one of the best dance academies in the country. With its own YouTube channel, a subscriber count of over 112,000 and over 15 million views, today Siwakoti’s academy constitutes of students ranging from the age of four to 65.

“A lot of the younger students are sent in by their parents. It helps to have talents outside the classroom,” he says adding that for his older clients, dance is a form of physical exercise.

“Diabetic people with weight issues often visit the academy for physical activity that they can’t get anywhere else. It’s one of the reasons why Zumba, aerobics and cardio are among our most sought after classes,” he explains.

It took Siwakoti a complete move from the hidden alleys to the hubbub of mid-Baneshwor and 10 professional instructors to finally start making a difference in the industry.

The Movement Dance Academy already existed when he visited India. When he returned from India after his time training at The Terence Lewis Dance Academy, he knew there were many changes that had to be made. Competition on the market was tough—it still is—and he had neither much financial or moral support.

The biggest difference he noticed between professional dance academies in India and Nepal was the use of technologies and equipment. While India had halls after halls devoted simply just for dancing practice purposes, here you had to search for days just to find a proper platform to be involved in. “Forget proper infrastructure, we don’t have the basic culture of investing in dancers,” says Siwakoti.

“There’s also a bad tradition of dancers and crews being skeptical about competition rather than taking it in a healthy spirit,” he adds. He explains that competitions have dancers fighting with one another for scraps. Even the strongest dance teams with popularity and finances backing them, like The Cartoonz Crew, fall apart. It’s rare to see them sticking together for long for this is such an unstable profession. People usually tend to head their own way, have backup professions or see dance as a hobby rather than something to build a career on.

Even with all these factors working against him, progress is a constant at Siwakoti’s academy. From hiring professionals for freestyle and fitness classes to opening a new YouTube channel, The Movement Dance Academy has finally begun setting a mark in the Nepali dance industry.

Today, the academy is home to more than 10,000 alumni, students and staff members. Their classes include Zumba, aerobics, freestyle, cardio, kickboxing, filmy fights—stunt training— contemporary, hip-hop, Bollywood, Nepali cultural dances, locking-popping and b-boying. Freestyle, Bolly-hop and hip-hop are the most popular amongst dancers. Siwakoti himself is an instructor for fitness and freestyle dance forms.

Even with all the adopted dance forms, the academy profusely uses Nepali elements for many of their choreographies. Whether it’s Nepali cultural dances or traditional classic music, Siwakoti believes that everyone should understand the essence of where they come from. “You can blend art all you want, choose to dance with a foreign form, but your culture is your own. And it’s your responsibility to protect it,” he says.

Despite all the progress professional dancing has seen in the last few years, Siwakoti admits that there’s still a lot of struggle in this field and a long way to go. Professional dancing requires a lot of dedication, investment and time to perfect. In this field, you cannot stand out if you’re not hard working. Some steps take weeks to master. Tough choreography even leaves the best dancers on the verge of breakdowns.

It may seem like careers in dance don’t go further than backup presence in movies or music videos, especially in a country like Nepal. But people like Siwakoti provide a different perspective on the matter.

“There are lots of areas where dancers, and good dancers at that, are needed. We just haven’t explored it much yet,” he says. According to Siwakoti, dancers are an integral part of welcome programs and closing ceremonies of cultural shows and national festivals elsewhere in the world. But Nepal has yet to tap into that.

“Dancing is much more than just entertainment. It’s an art form and should be developed like one,” he says and with The Movement Dance Academy he is well on his way of doing just that.

Exercise is essential but yet few of us actually do some form of it on a regular basis. This year,... Read More...

Aqua Zumba Bringing a new kind of fitness to the pool

Who says working out can’t be a party? As peppy Latin music blared by the poolside of Baneshwor Spa last... Read More...