In his written response to SC, Dahal says courts can never be influenced by rallies, slogans and speeches

KATHMANDU, Feb 28: Submitting his written response to the Supreme Court over contempt of court charge on Sunday, one of the two chairmen of the Dahal-Nepal faction of the ruling Nepal Communist Party (NCP), Pushpa Kamal Dahal said that courts can never be influenced by rallies, slogans and speeches.

In his written response, which he himself delivered at the apex court, Dahal blamed the government for instigating its [government] people to file such cases. “I am confident that the court will never deviate from its responsibility. Our party is highly conscious of the issue.” He also said that he has high faith in the judiciary.

Earlier, advocate Sameer Hayu filed a case of contempt of court at the apex court against Dahal for his remarks on the sub judice case of the dissolution of the lower house of parliament. A single bench of Justice Manoj Kumar Sharma ordered him to submit a written response in this regard. 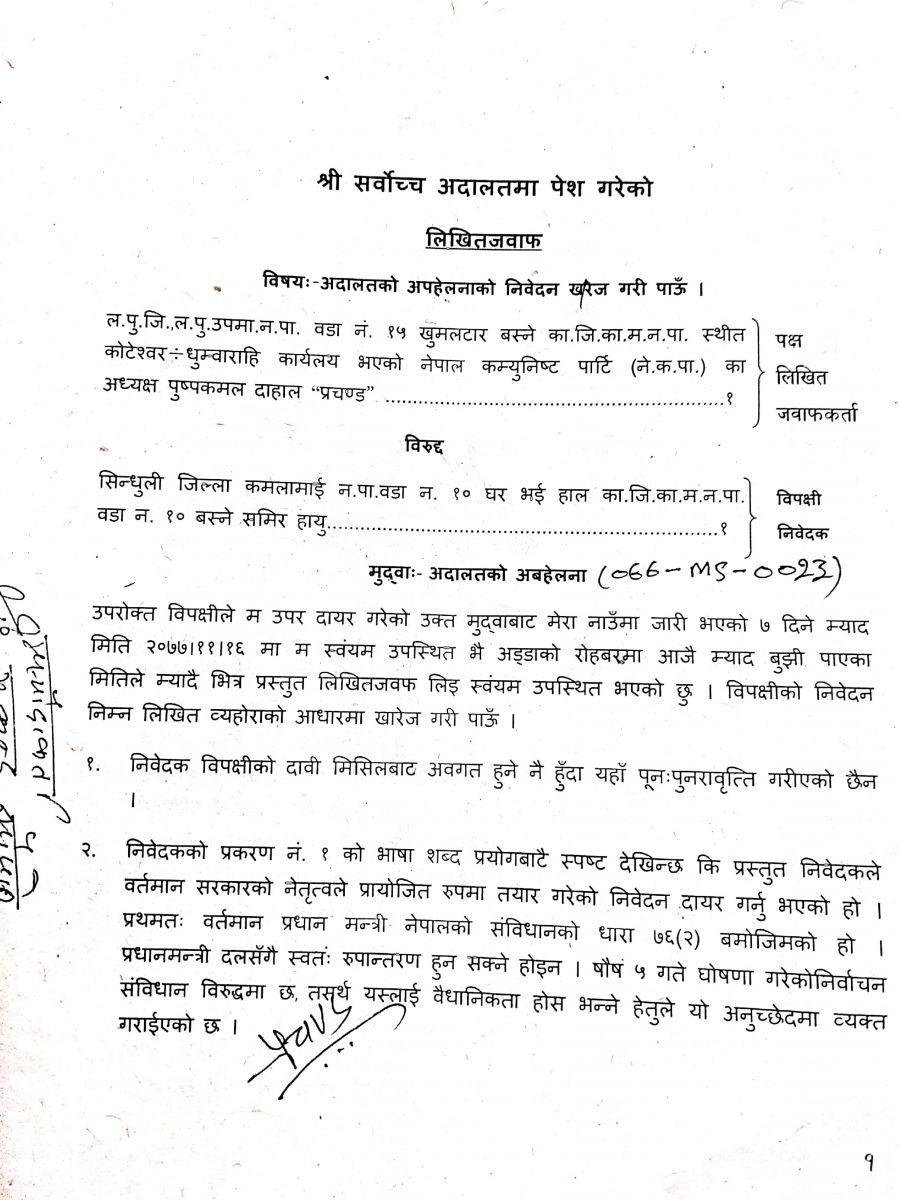 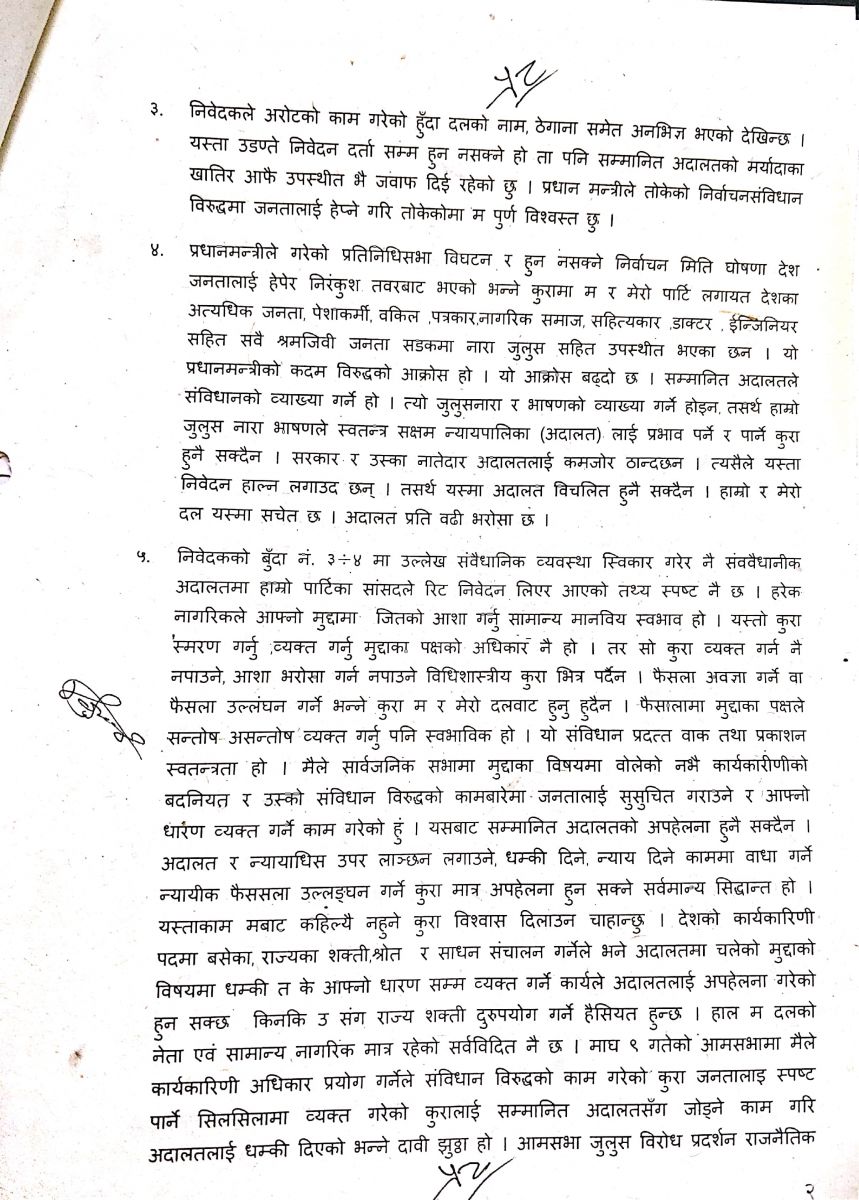 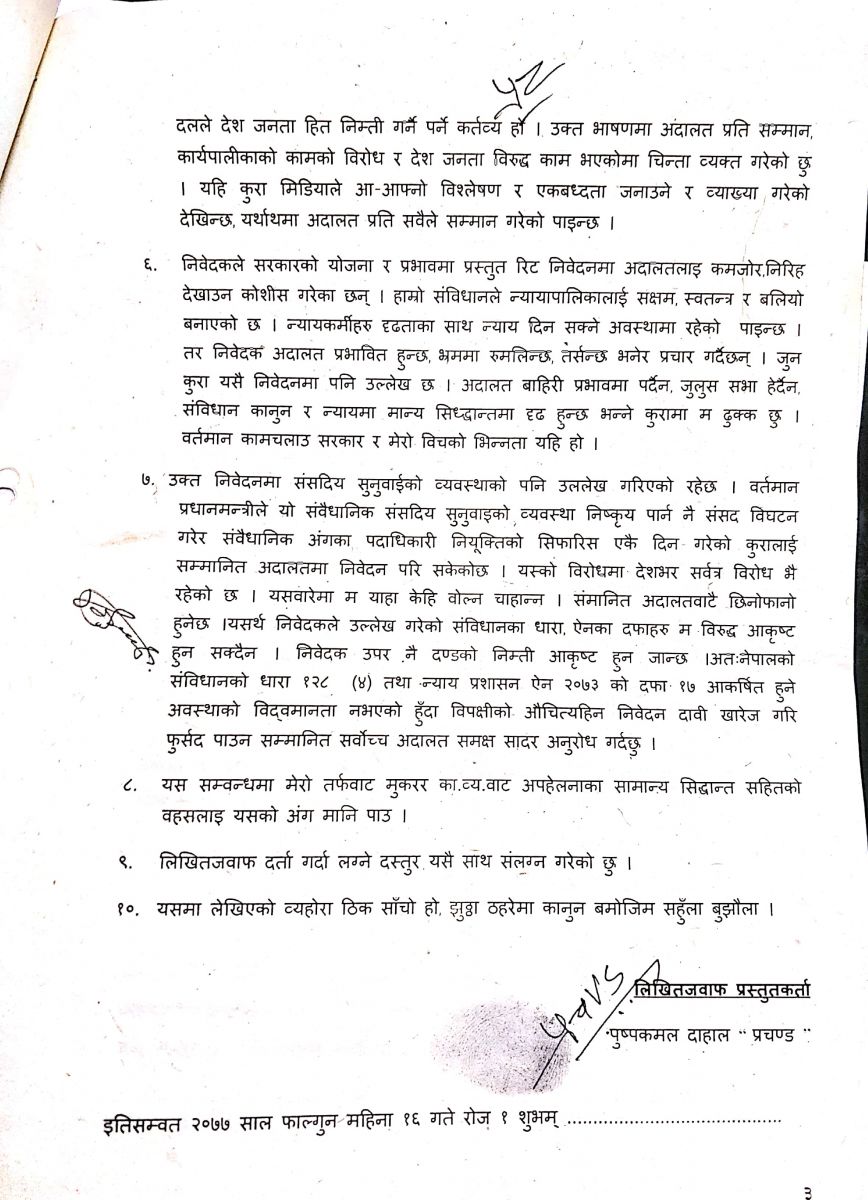