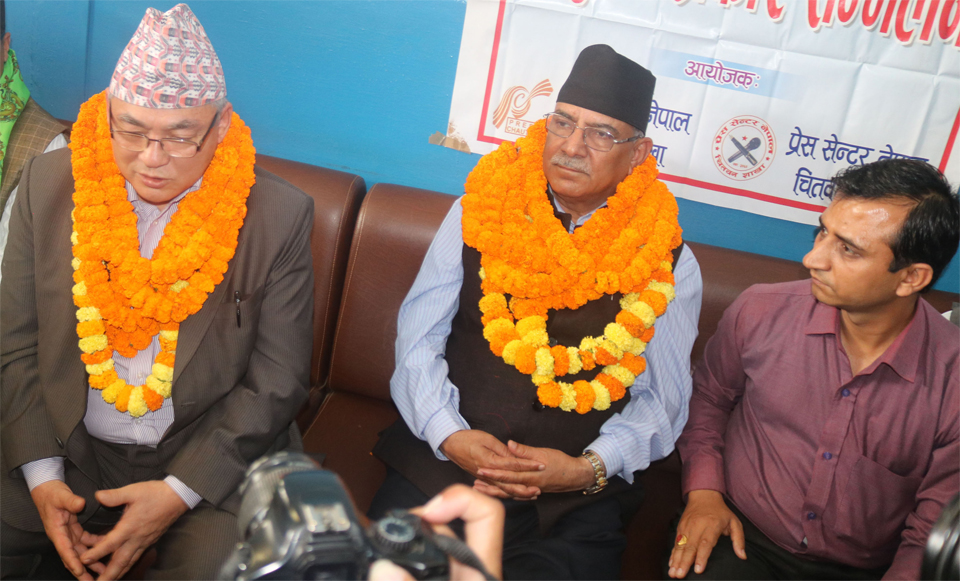 "The possibility of merger on April 22 has ended. But we are hoping to unify the parties before mid-May."

Addressing a function in Chitwan, Dahal said that there was a need for serious negotiations on some key issues including distribution of portfolios, election symbol and recognition of "people's war" in party documents before signing a final merger agreement.

Dahal, however, ruled out the possibility of unification on April 22, a deadline leaders from the two parties had imposed upon themselves for formal announcement of unification.

"The possibility of merger on April 22 has ended. But we are hoping to unify the parties before mid-May," said Dahal.

Dahal's remarks come a day after senior leaders from the two parties failed to reach consensus on the merger on the planned date. The two parties are still at loggerheads over rotation of premiership and division of powers in the new party.

Dahal, who spent the day attending various functions in his home district, said that the issue of representation and distribution of power was the main reason behind current delays in unification.
Maoist leaders have said that both parties should have dignified representation in the unified entity.

A section of Maoist leaders are also calling for equal division of powers in the unified party.
Despite repeated setbacks, Dahal said that he was positive about a breakthrough in the talks.
"There will be a serious discussion on the matter (related to the merger) once I return to Kathmandu. Oli ji is also very keen to sorting out the differences as soon as possible," said Dahal.

In a different context, Dahal criticized the prime minister's decision to transfer government secretaries and bring the National Investigation Department under the purview of the Prime Minister's Office, adding that such unilateral moves were unacceptable to his party.

CHITWAN, April 18: Chairman of CPN (Maoist Center) Pushpa Kamal Dahal, has stated that the issue of taking up an... Read More...