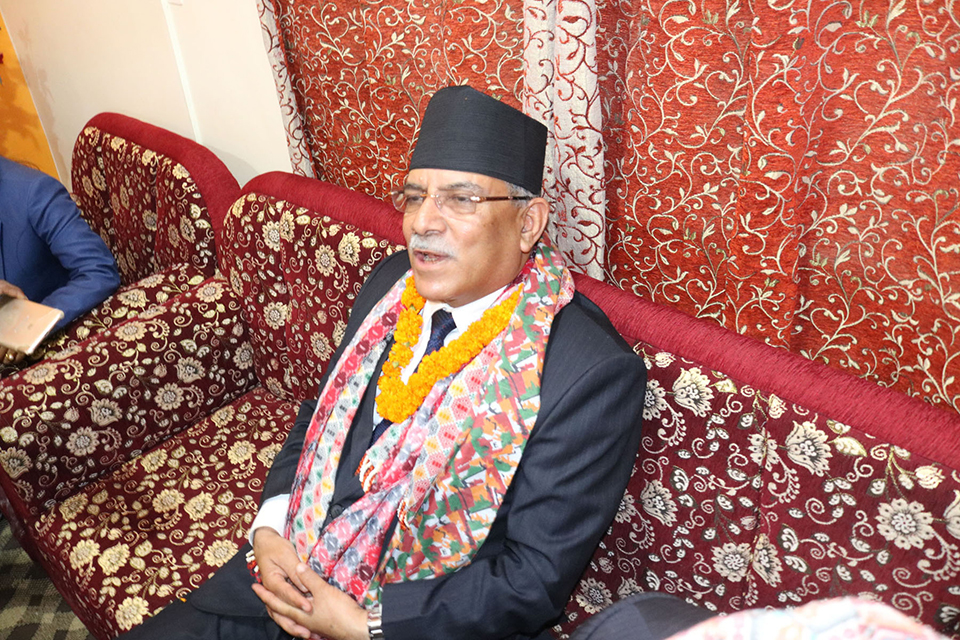 DHARAN, June 2:  Former prime minister and chairperson of the ruling Nepal Communist Party (NCP), Pushpa Kamal Dahal, has said that discussions are underway in the party over naming Province 1 as Kirat.

Stating that Kirat represents the civilization, psychology and history of the province, Dahal claimed he has been lobbying for consensus within the party on the nomenclature of the province.

Addressing an Ubhauli festival function of the Kirat community in Dharan on Saturday, Dahal assured of not compromising or undermining the history and civilization of the Kirat people while naming of the province.

“I hope the chief minister of this province better understands the feelings of the people here. Consensus should be forged respecting the history and civilization of Kirat,” said Dahal. Province 1 Chief Minister Sher Dhan Rai of the ruling NCP also represents the Kirat community.

The ruling NCP has a two-thirds majority in the provincial assembly of the Province which is necessary for deciding the name of the province.

Dahal also urged the Provincial Assembly members to finalize the name of the province in consensus. Recalling the Maoist movement for the identity of various ethnic communities in the country, Dahal reiterated that he has not backtracked on his stance over ensuring the identity of the Kirat community.

On a separate note, Dahal claimed that Prime Minister KP Oli could lead the government for a full term. In a recent television interview, Dahal had said that Oli should either hand over the government leadership after two and a half years or the party leadership. “I was talking about the context of party unification in that interview. I had also said that Oli jee can lead the government for a full term of five years, forging an understanding in the party but that part didn't get highlighted,” said Dahal.

One among the two chairpersons of the party, Dahal was of the view that this was not the right time to discuss a change in government leadership. “Good governance and development are the major needs of the present time. We should positively listen and address the people's grievances and focus on a corruption-free administration,” said Dahal.

Journalism should be for promotion of national unity: leader Dahal