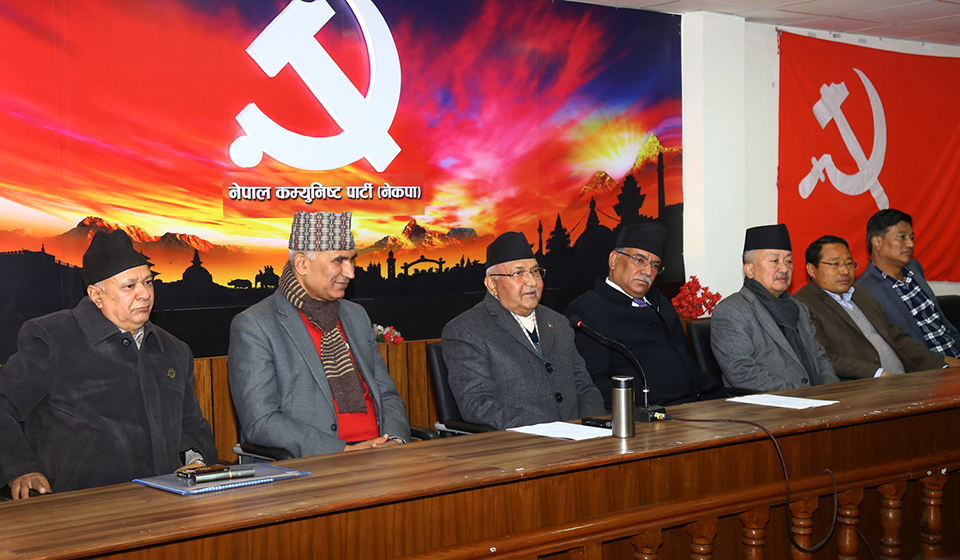 KATHMANDU, Dec 26:  Co-chairman of Nepal Communist Party Pushpa Kamal Dahal on Wednesday proposed to set up an intra-party taskforce in a bid to finalize the party's much-delayed unification process in district level and various sister organizations by mid-January.

According to Dahal's proposal, such a taskforce could be entrusted to prepare criterion and finalize the unification process in district level and various sister organizations by mid-January.

NCP standing committee member Yogesh Bhattarai, who participated in the meeting, told Republica Online that no decision has been made with regards to Dahal's proposal.

Dahal's proposal comes at a time when the party's unification process in district level and various sister organization has not taken place even ten months after the merger and unification between the two communist parties—CPN (UML) and CPN Maoist Centre.

Saying that the country is marching ahead towards the era of socialist revolution, the co-chairman added that the ruling NCP is bearing a historic task of the country's socio-economic transformation.

Mentioning about the Oli-led government's performance, Dahal said "There are some weaknesses on the part of the government. However, it has also made some important achievements. So, we have to move ahead correcting the mistakes and weaknesses."

KATHMANDU, Jan 21: The district convention of the Nepali Congress under its 14th General Convention in various 16 districts has... Read More...