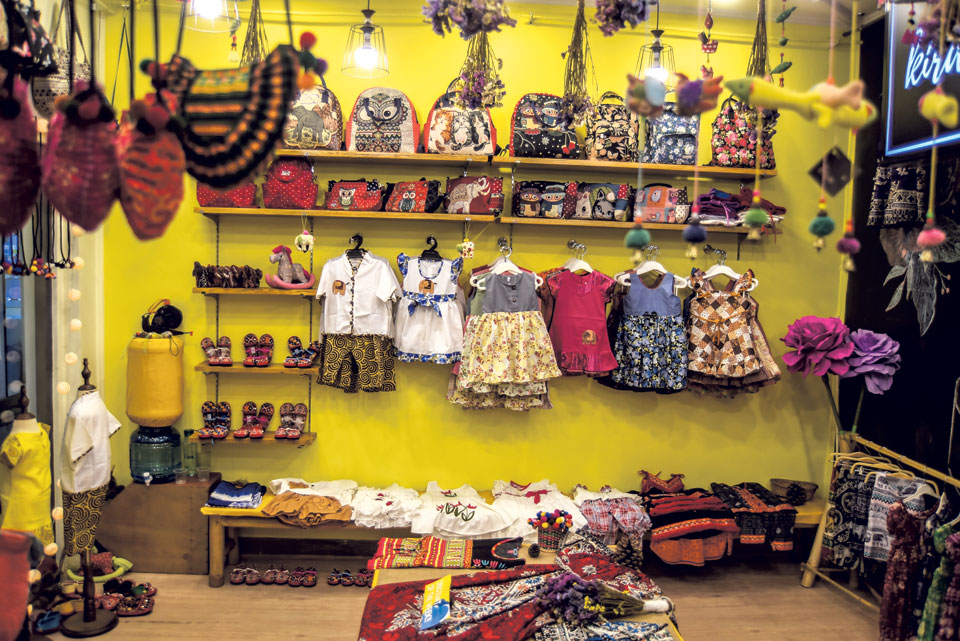 With modern fashion slowly taking over the world, Kira Store Nepal, the brainchild of the couple Upendra Singh and Aboo, aims to create new designs by merging contemporary style with ethnic techniques from around East Asia, including Nepal. Bringing together different skills from different countries, the Nepali brand is an amalgam of all things beautiful. 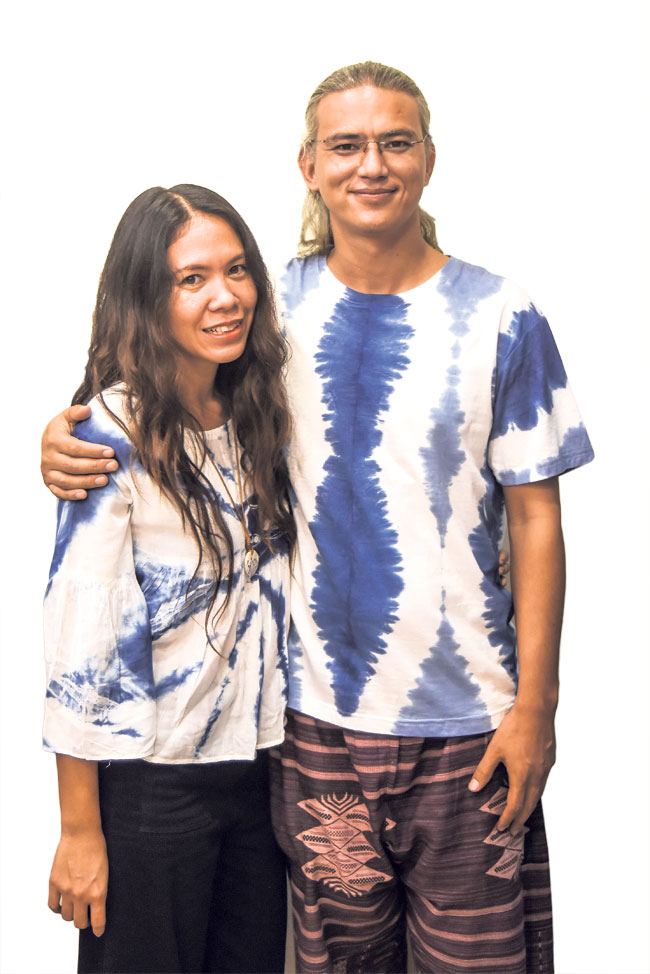 And it helps that the couple has traveled to over 25 countries. The cultural experiences they have had have led to ideas and pieces that would have otherwise never seen the light of day. Another important aspect that lets them get really creative is the fact that Aboo is a Thai designer who has been designing and selling unique clothes in her home country for the past eight years, and Singh is a developmental economics major who knows the workings of a business.

Kira only sells handmade items and unique products of different designs ranging from bags, dresses, baby clothes, earrings, wallets, necklaces, bracelets, etc. One of the good things about Kira is that the products are affordable. The prices range from Rs 50 to Rs 2500 with the latter being the highest price for any product at the store that is located at Durbar Marg in Kathmandu. When Kira first started out they had an outlet at Sanepa in Lalitpur but they had to shift to Durbar Marg after constant feedback from customers as majority of them lived in Kathmandu.

Upendra and Aboo emphasize on how the whole idea behind their business venture was to empower women from around Nepal, especially the remote areas, by helping them discover their innate skills by training them and using raw materials from their own neighborhood. The initial training is carried out under Aboo’s guidance and she confesses that working with women and giving them hope makes her very happy.

“When I train women, I can see that they are hopeful about their futures and that feels really good. When I see them rejoice about learning and then making something with their own hands and skills, I feel so happy for them,” says Aboo adding that being able to give someone hope is a feeling that nothing can beat.

With Upendra’s mother being from Dolakha, the east of Nepal, and father hailing from Bajhang, the west of Nepal, the couple train local people they know from both these ends of the country. On top of that, by word of mouth, the number of women willing to train and work for Kira has slowly been increasing and has grown beyond from just people from their inner circle. Upendra says, “Instead of trying to do something very large-scale, we want to do something that local women can actually learn by themselves and execute at home.”

Kira in Nepali means bug. And the reason the couple named their company that was because they see themselves as bugs. “Like bugs that travel from flower to flower, we travel from country to country. Like bugs that conduct cross pollination and mix nectar from different flowers, we also mix ideas from one country with that of another and make our own potion,” explains Upendra. However, he confesses that it’s mostly Aboo who comes up with creative ideas for new products. And traveling is how Aboo gets inspiration when it comes to art but she thanks her mother, who is also a designer, for passing down artistic genes to her. “I was born with art. I did not intend to be like this. But you could say I had it in my blood. I was never into writing, or any of the sciences. But from a very young age, I had already followed my mother’s footsteps and started my own artistic, creative ventures,” she says.

And it is Aboo’s unique designs that have been able to garner a steady clientele for Kira. Today, Kira isn’t only limited to customers in Nepal as they provide worldwide delivery as well. “We want to provide our products to global citizens around the world as many people outside Nepal have requested us to do so. Most of our customers abroad are either non-resident Nepalis, or just simply people with an eye for unique art, especially tribal ethnic products with novel designs,” explains Upendra. And so these people find Kira on social media, as the company maintains an active profile on platforms such as Instagram and Facebook, and respond to all queries and questions.

In the future, Kira wishes to incorporate more raw materials and people into their venture from the far-western and far-eastern regions of Nepal, both being two of the most under-developed regions of Nepal, as well as ethnic tribes from other parts of East Asia as well. Upendra says, “We want to think big. We don’t only want to just produce and sell products. We want to come up with exclusive products that hold different stories from various parts of the world, and involve more women from rural parts of Nepal to help them discover and pursue their talents in arts and craft.” And it looks like Kira is well on its way to doing so.

UNICEF: Young children’s diets showed no improvement in last decade, ‘could get much worse’ under COVID-19
59 minutes ago