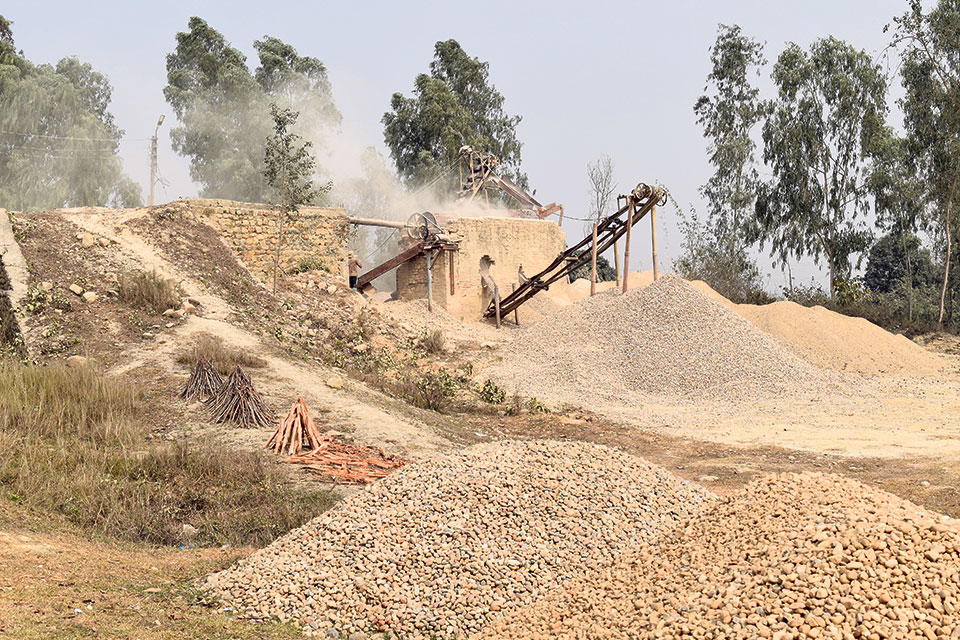 MAKAWANPUR, Dec 24: Most of the crusher and sand processing plants being operated in Makawanpur district in Bagmati Province have been found operating against the stipulated criteria and standards.

According to the District Administration Office, most of such plants have breached the government-set standards.

There are 32 crusher plants and 70 sand processing units in the district. Though they are found registered in one or the other government agency, they have not met the present criteria and standards, shared Chief District Officer Govinda Rijal.

Rijal further said that the district administration would impose a ban on the operation of crusher and sand processing plants which are found running against the set standards and objectives.

No crusher plant is found to meet the criteria and standards as per the ‘River-based Products Extraction and Consumption Work Procedure’ endorsed by the Bagmati Province government on 16 October 2018.

Likewise, according to the work procedure, such industrial units should be run at least two-km away from national parks and wildlife reserves as well as dense human settlements, and a kilometer away from the forest area and 500 meters away from cemented bridges.

SARLAHI, Oct 9: As many as 65 people were injured in a bus collision in Makawanpur district on Sunday morning. Read More...

Refinance loans of Rs 8.99 billion given to pandemic-hit businesses during mid-July and mid-November
4 minutes ago