Crowded Lagos to ban motorbikes from most of Nigerian metropolis 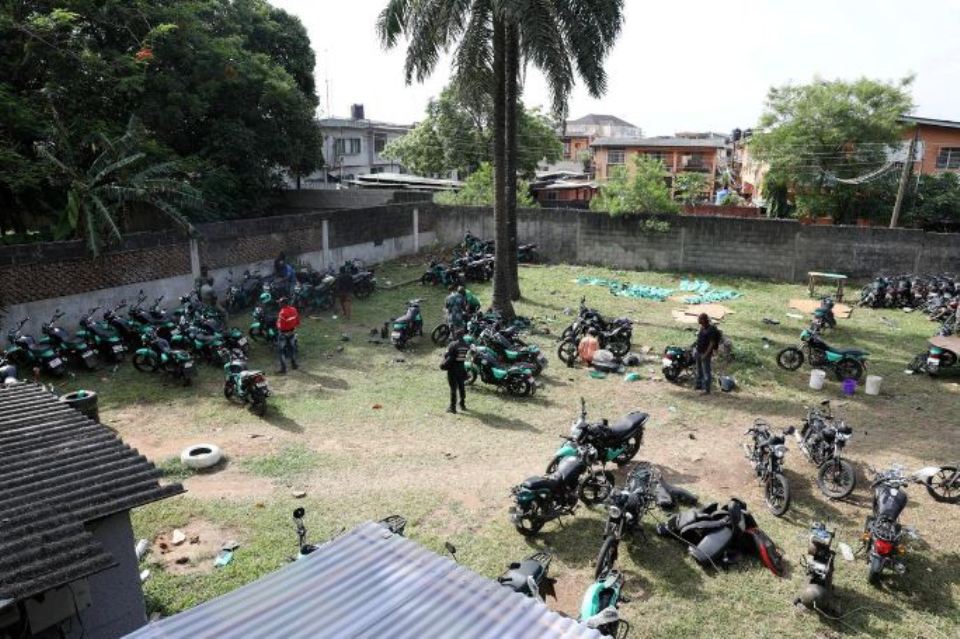 LAGOS, Jan 28: Nigeria’s business capital Lagos will ban commercial motorcycles from many areas of the city, citing overcrowding and safety, authorities said on Monday, a move that could change the commute for thousands and threaten ride-hailing startups.

The Lagos state government announced on Twitter that it would ban motorcycles, commonly known as okadas, from operating in most of Lagos because of what it described as their “chaos and disorderliness” and “scary figures” of fatal accidents.

Companies such as Max.ng, Oride and Gokada have been aiming to capitalize on the congested Lagos roads and the city’s teeming population to expand their operations.

The ban cites a 2018 law to bar okadas and small three-wheeled vehicles known as kekes from Feb. 1. It would bar them from 40 bridges and flyovers and areas covering the business districts of Victoria Island and Lagos Island, Apapa, where the primary port is located and Ikeja, which is home to the international airport.

Chinedu Azodoh, cofounder of Max.ng, is hopeful that the ban would not apply to them since their bikes are above the 200 cubic centimeter engine size banned specifically by the law.

“From what we’ve seen today, we don’t think the ban affects our business,” Azodoh said.

But Gbenga Omotoso, Lagos state commissioner of information and strategy, said the ban would affect all passenger companies and only courier service companies would be exempt.

“They have been found to have become part of the problem they set out to resolve,” he said of commercial motorcycle companies.

Max.ng, which also operates in Kano, Ibadan and Akure in Nigeria, had an investment round last year that raised more than $5 million.

Startup Gokada also raised $5 million last year for its Lagos operations. Founder Fahim Saleh said that while their bikes are also above 200cc, he was not sure about the impact of the ban on them.

“It’s disappointing,” he said, adding they would seek to expand its operations in courier and logistics services. “We don’t know how it’s going to be enforced.”

ORide, part of OPay in which Norwegian software firm Opera Ltd has an equity interest, also offers ride-hailing motorcycles in Lagos. Reuters could not immediately reach the company for comment.

In June, Gokada told Reuters that there are an estimated 8 million okada drivers operating across Nigeria.

NIGERIA, May 31: An armed gang abducted students from an Islamic school in the north-central Nigerian state of Niger on... Read More...

Michael Obi and his driver were abducted at gunpoint on 26 June in Enugu but were released on Monday. ... Read More...

AUSTRIA, June 7: Nigeria will go into the World Cup on a five-match winless streak after losing its final warmup game... Read More...

IN PICTURES: Aftermath of the flood in Manohara landless squatters’ settlement in Bhaktapur
9 hours ago