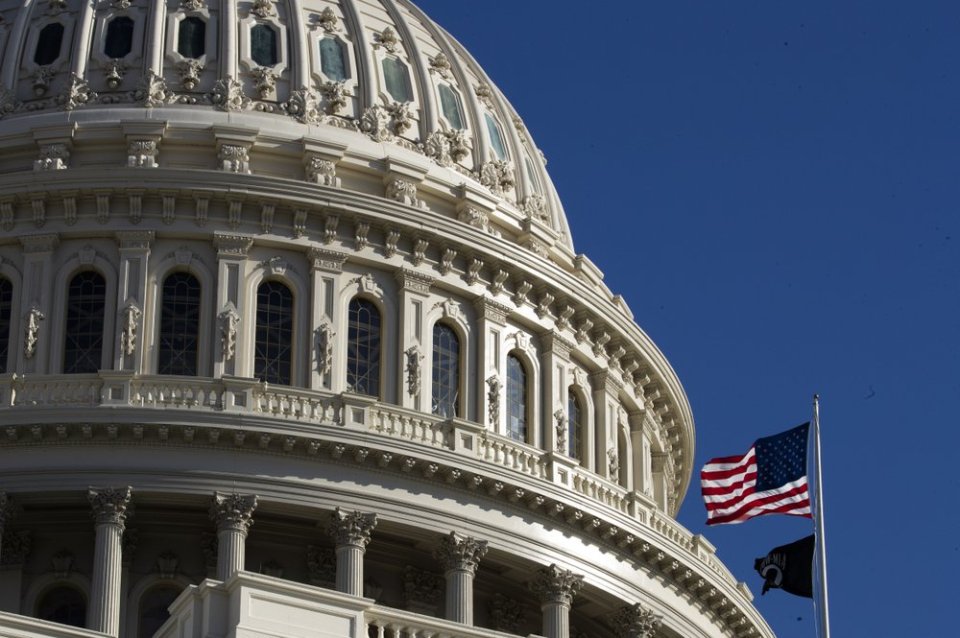 WASHINGTON, Jan 20: President Donald Trump’s defense team and the prosecutors of his impeachment are laying out their arguments over whether his conduct toward Ukraine warrants his removal from office.

Trump’s lawyers on Sunday previewed their impeachment defense with the questionable assertion that the charges against him are invalid, adopting a position rejected by Democrats as “nonsense.”

The trial resumes on Tuesday with what could be a fight over the ground rules. By then, both sides will have submitted briefs and four Democratic presidential candidates will have been forced back to Washington from the early nominating states to join every other senator in silence, sans phones, on the Senate floor.

What they’re likely to hear in this extraordinary setting is the House Democrats’ impeachment articles that charge Trump with abuse of power and obstruction of Congress over his pressure on Ukraine for political help. From the White House, the senator-jurors are expected to hear that Trump committed no crime, the impeachment articles are invalid and he’s the victim of Democrats who want to overturn his election.

“Criminal-like conduct is required,” said Alan Dershowitz, a constitutional lawyer on Trump’s defense team. Dershowitz said he will be making the same argument to the Senate and if it prevails, there will be “no need” to pursue the witness testimony or documents that Democrats are demanding.

But the “no crime, no impeachment” approach has been roundly dismissed by scholars and Democrats, who were fresh off a trial brief that called Trump’s behavior the “worst nightmare” of the country’s founders. In their view, the standard of “high crimes and misdemeanors” is vague and open-ended in the Constitution and meant to encompass abuses of power that aren’t necessarily illegal.

The White House is pushing an “absurdist position,” said Rep. Adam Schiff, D-Calif., the lead Democratic prosecutor of the impeachment case. “That’s the argument I suppose you have to make if the facts are so dead set against you.” Rep. Jerrold Nadler, D-N.Y., another impeachment prosecutor, called it “arrant nonsense” and said evidence of Trump’s misconduct is overwhelming.

The back-and-forth came as all concerned agitated for the Senate to get on with the third impeachment trial in the nation’s history. Behind the scenes. the seven House managers were shoring up which prosecutor will handle which parts of the case and doing a walk-through of the Senate. .

No senators were more eager to get going than the four Democratic presidential candidates facing the prospect of being marooned in the Senate ahead of kickoff nominating votes in Iowa and New Hampshire.

During the trial, Sanders and other senators are required to sit for perhaps six grueling hours of proceedings daily — except Sundays, per Senate rules — in pursuit of the “impartial justice” they pledged to pursue. But there was scant evidence that anyone’s mind was really open about whether Trump earned vindication or ouster.

Mystery, however, abounded over the trial’s ground rules. Senate Majority Leader Mitch McConnell, R-Ky., shed no light on how the proceedings will follow — and differ from — the precedent of President Bill Clinton’s impeachment trial in 1999.

“The president deserves a fair trial. The American people deserve a fair trial. So let’s have that fair trial,” said Democratic Rep. Jason Crow of Colorado, one of the seven impeachment prosecutors.

But what’s fair is as vigorously disputed as the basic question of whether Trump’s pressure on Ukraine to help him politically merits a Senate conviction and removal from office. The stakes are enormous, with historic influence on the fate of Trump’s presidency, the 2020 presidential and congressional elections and the future of any presidential impeachments.

Whatever happens in the Senate, House Speaker Nancy Pelosi, D-Calif., has said, Trump will “be impeached forever.” Members of Trump’s team countered that if they win a vindication for Trump, it means “there will be an acquittal forever as well,” Trump attorney Robert Ray said Sunday. “That is the task ahead.”

For all of the suspense over the trial’s structure and nature, some clues on what’s to come sharpened on Sunday.

The president’s lawyers bore down on the suggestion that House impeachment is invalid unless the accused violated U.S. law. Dershowitz’s argument, backed up by Ray, refers to an 1868 speech by Benjamin Curtis, who after serving as a Supreme Court justice acted as the chief lawyer for Andrew Johnson at his Senate impeachment trial.

Johnson was ultimately acquitted by the Senate.

“The core of the impeachment parameters allege that crimes have been committed, treason, bribery, and things like that, in other words, other high crimes and misdemeanors,” Ray said Sunday.

Republicans have long signaled the strategy, which has, in turn, been disputed by other scholars.

“Rubbish,” said Frank Bowman, a University of Missouri law professor and author of his own book about the history of impeachment for the Trump era.

“It’s comically bad. Dershowitz either knows better or should,” said Bowman, who said he had been Dershowitz’s student as a law professor at Harvard.

Even as he made the case for Trump’s acquittal, Dershowitz on Sunday distanced himself from the rest of Trump’s defense team and said he would merely speak about the Constitution at the trial. He refused to endorse the strategy pursued by other members of that team or defend Trump’s conduct and said he didn’t sign onto the White House left brief filed Saturday, which called impeachment a “brazen” attempt to overturn the 2016 election.

“I’m a liberal Democrat ... I’m here as a constitutional lawyer,” Dershowitz said. “I’m here to lend my expertise on that issue and that issue alone.”

Democrats, meanwhile, are pushing for witnesses and documents that weren’t part of the House proceedings. A few Republicans said they want to know more before deciding. It’s relevant because new information from Lev Parnas, an indicted associate of Trump lawyer Rudy Giuliani, is being incorporated in the House case. At the same time, Senate Democrats want to call John Bolton, the former national security adviser, among other potential eyewitnesses, after the White House blocked officials from appearing in the House.

With Republicans controlling the Senate 53-47, they can set the trial rules — or any four Republicans could join with Democrats to change course.

Crow spoke on CNN’s “State of the Union” and Dershowitz was on CNN and ABC’s “This Week.” Ray was on Fox News Channel’s “Sunday Morning Futures.” Schiff appeared on ABC and Nadler on CBS’s “Face the Nation.”