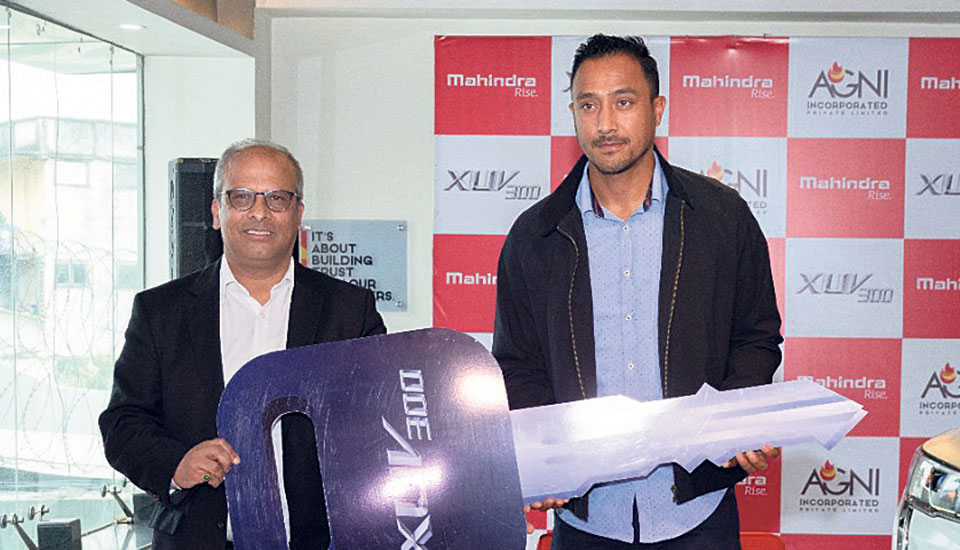 KATHMANDU, Feb 27: Former national cricket team captain Paras Khadka has been appointed as the brand ambassador of Mahindra, a popular car manufacturing brand, amid an official signing ceremony held in Kathmandu on Wednesday.

In a press meet held in Agni Group’s corporate office in Panipokhari, Nepal’s distributor of Mahindra vehicles, Agni Group, handed over a XUV-300 car to officially announce the agreement with the player. The car had won the global NCAP award for ‘Safer Choice’ vehicle in the international market.

Khadka and chief executive officer of Agni Group, Arjun Prasad Sharma signed on the memorandum of understanding (MoU). Sharma was ecstatic to extend professional and corporate partnership with a reputed sportsperson of Nepal.

Khadka expressed gratitude for the honor on his marriage anniversary. He also stated that he had a long relationship with the brand from yester-years.

“I always had very good relation with the company and was already a brand promoter of its bike under group distributorship. My association with Agni Group goes long way back from 2006-7 in which we share a very healthy relationship as everyone maintained professional and personal balance, and I am very pleased with this collaboration.”

Similarly, Khadka also promised to commit with the brand extensively as the private sector plays an important role in the upliftment of professional players and sports.

COVID-19 test begins in Surkhet; starting from today in Hetauda from today
1 hour ago

NA plane lands in Brisbane carrying around 260 Australians from Nepal
4 hours ago
More than 8,000 foreign-returnees enter Karnali
5 hours ago