Cricket Australia, players are a wide apart in pay dispute 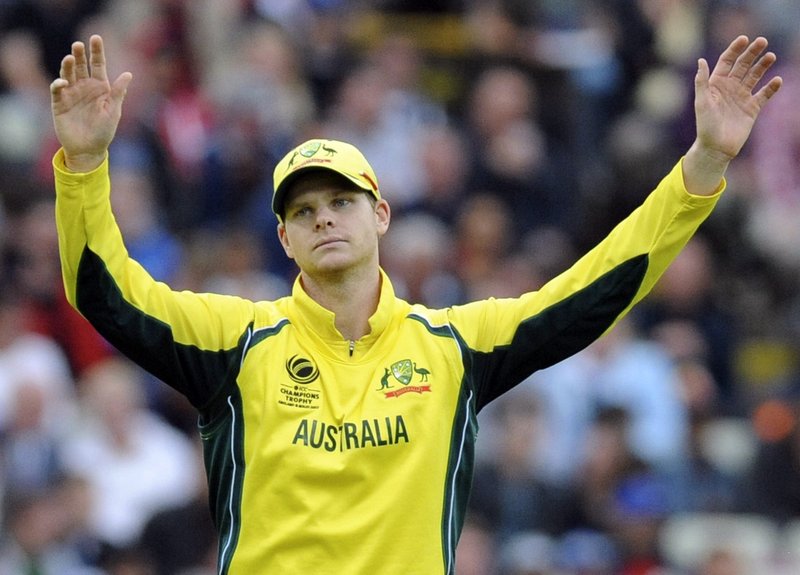 SYDNEY, July 13: The chairman of Cricket Australia has heavily criticized the country’s top players for their stance in a long-running pay dispute, and accused their union of a “reckless strategy that can only damage the game.”

In an opinion piece for The Australian newspaper, Cricket Australia chairman David Peever said he was a victim of “personality focused myth-making.”

Those comments, combined with social media posts from Australia captain Steve Smith earlier this week, suggest the game’s governing body and its top players are further apart than ever.

Peever, a former managing director of mining giant Rio Tinto’s Australian operations, wants to erase the revenue-sharing model that has helped determine player payments since the first Memorandum of Understanding (MoU) between the administration and the Australian Cricketers’ Association was set up 20 years ago.

The previous agreement expired on June 30, but CA and the union remain deadlocked, leaving about 230 players technically unemployed.

Last week, the players pulled out of a development tour to South Africa. A two-test tour of Bangladesh scheduled to start in August remains in doubt, and the five-test Ashes series against England beginning in Brisbane in late November is also under threat.

Former Test stars have urged both sides to reach an agreement, although there’s not unanimous agreement among the ex-players about which side should concede. Cricket Australia chief executive James Sutherland reportedly met with the head of the ACA this week — getting involved in the direct negotiations for the first time — but there was no official word on the outcome of the meeting.

Smith said there was no chance of the players folding in the pay dispute.

“I’ll say what we as players have been saying for some time now: we are not giving up the revenue-sharing model for all players,” Smith said in an Instagram post. “But, through the ACA (we) are willing to make important changes to modernize the existing model for the good of the game.”

Peever, who took over as CA chairman in late 2015, said the sport’s national governing body has made a “very generous offer” to the players.

“The ACA has responded by not only rejecting that proposal (and recent concessions) out of hand but by launching a campaign of such sustained ferocity that anyone could be forgiven for thinking CA was proposing the reintroduction of slavery rather than healthy pay rises,” Peever wrote.

“Not content with that level of over-reaction, the ACA has gone much further. Refusing to allow players to tour, threatening to drive away commercial sponsors and damage the prospects of broadcast partners ... it’s a reckless strategy that can only damage the game.”

“The suggestion that CA’s push to modify the player payments model has nothing to do with genuine issues facing the game is an insult to everyone involved at CA, including other members of the board,” Peever said. “It disrespects all those from across the cricket community who have flooded CA and me personally with messages of support because they see first-hand the chronic underfunding of the game at the grass-roots level.”

In his earlier comments, Smith said the players “have always been willing to make those changes ... for how the model can be adapted for the even greater benefit of grass-roots cricket.”

But he said that can’t be at the expense of the professional players.

“I have been fighting for a fair share for state players who are also partners in cricket,” Smith said. “I know from my career that when I was dropped (from the Australian team) in 2011 if I didn’t have a strong domestic competition to go back to, I certainly wouldn’t be in the position that I’m in today.”

Smith said the country’s female cricketers must also be covered in the same deal as the male players. Cricket Australia has paid the women’s World Cup squad in advance for the ongoing tournament in England, where the Australians have reached the semifinals.

“As women’s cricket gets bigger and bigger in Australia women players must also be able to share in what they will be earning,” he said, adding “it’s time to get a deal done.”

“This entire situation is both a joke and so sad. Work it out. There is so much to go around,” Gilchrist posted on Twitter on Thursday.

Gillespie, who had been scheduled to coach the Australia A team in South Africa this month, said he was dismayed by the “tit for tat in the media between the ACA and CA.”

“Find a compromise and let’s get on with the cricket,” Gillespie wrote in a column. “It’s not a great look for our game.”