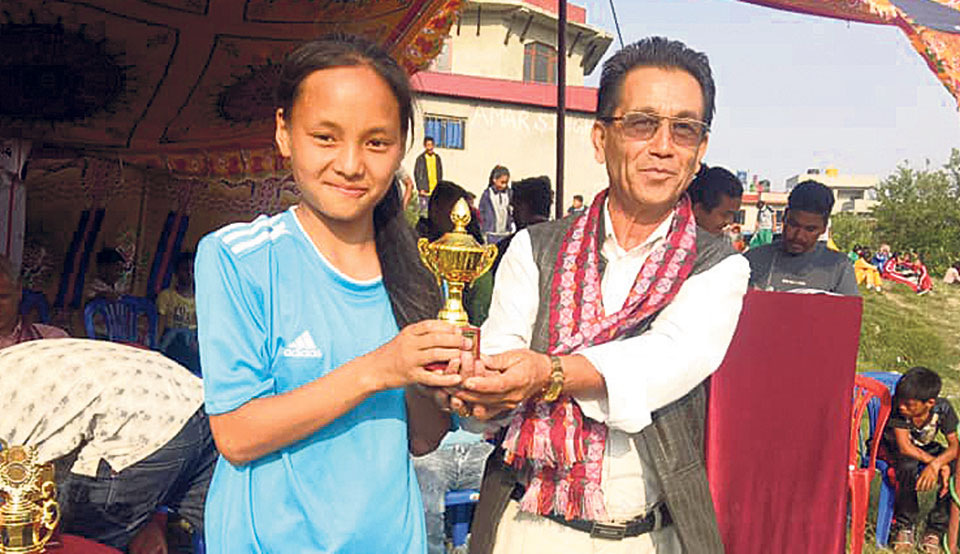 In girls’ final, Garima Rai scored six goals, and Christi Gupta added one. The winner Creative was rewarded with a cash prize of Rs 10,000, while the runner-up got Rs 7,000.

In boys’ final, the match was pushed into penalty shootout after the score ended 1-1 in extra time. Sujan Syangtang gave Trikon the lead, while Jitendra Gurung pulled a goal back for Gandhi.