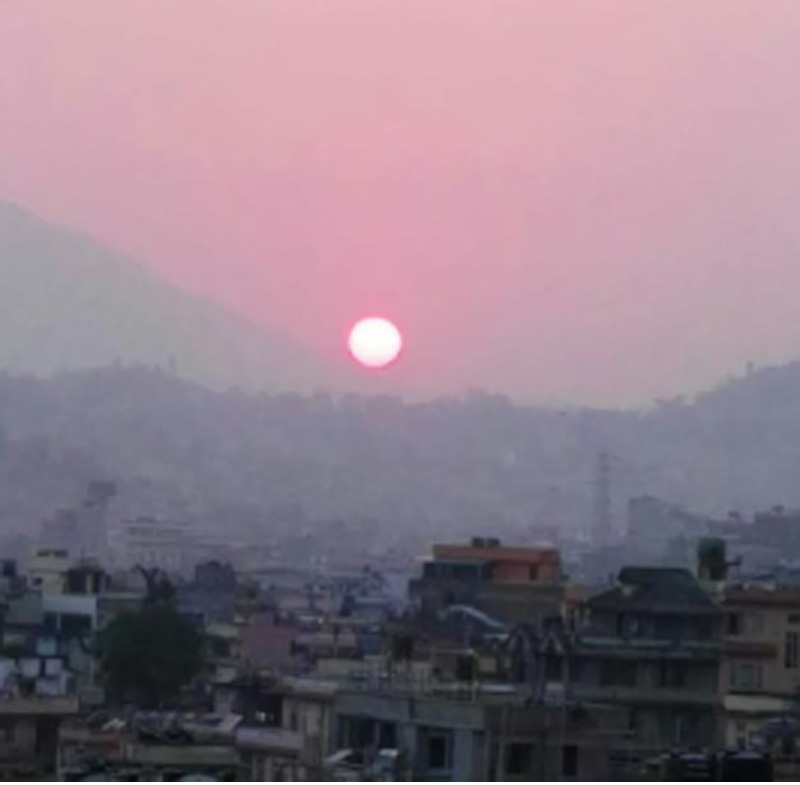 Judicial activism in political affairs, unless there is a constitutional issue at stake, does little to add to the credibility of the courts
In the Kathmandu of late-1970s, everyone knew their place in the divine order of things. The king ruled with an iron fist hidden in the velvet glove called the Panchayat from a palace patterned after grandiose motels of the US by its lead Californian architect Benjamin Polk. Rightly had Winston Churchill quipped, “We shape our buildings and afterwards, our buildings shape us.” Even though housing a museum now, Narayanhiti Palace looks as forlorn as ever.

The tenure of courtiers and ministers depended on the quirk of the king; hence appointees hand-picked by the members of the royal family spent their time scheming against each other in the byzantine corridors of Singh Durbar. The court ruled according to whims and fancies of the ruler and an ability to read facial expressions of patrons in the palace was the unwritten prerequisite of selection and retention in the government.

The trade and industry, like everything else in the country, ran on the basis of master-minion relationship encapsulated in the culture of what imminent anthropologist Dor Bahadur Bista terms Afno Manchhe (‘the loyal dependent’) and Chakari (‘unsolicited servitude’) syndrome. Rest of the populace was resigned to fatalism.

Among the internationals, a posting in Kathmandu was a never-ending party with high hardship allowances combined with low cost of living and not much to do to earn one’s keep. Trippies—tidy visitors oozing respectability that had replaced unwashed hippies of earlier years—had begun to discover mountain trails, jungle safaris, white water rafting, and riverside campsites. For the Pleasure Class with plentiful purse and ample leisure, there was a casino at the Hotel Soaltee, a 24-hour Coffee Shop at Hotel Annapurna and a golf course for lazy winter weekends. With much rent to collect and so few places to spend, leisurely life was also a boring life. There was a popular doggerel among the English-speaking cosmopolitans: “What to do in Kathmandu! Go to Dhulikhel …!”

The 1980s changed the insipidity of social life as intensification of Cold War in South Asia brought in hordes of internationals; self-exiled politicos of Nepali Congress began to trickle into the valley with their loud supporters; and the Khalistanis, the Kashmiris, the Talibans, the Tamil Eelam fighters and other various radicals from the Northeast of India began to discover that the indiscipline of the ‘Soft State’ in Nepal was uniquely suited to their needs.

A combination of factors such as the adult franchise, open market, cable television and the collapse of the Soviet Union made the acceptance of multi-party polity inevitable in the 1990s. Whatever be its other shortcomings, there is never a dull moment in a nascent democracy.

The interim order of the Supreme Court reinstating its suspended Chief Justice in complete disregard of the privileges of the parliament is only the fresh episode of an endless contest running continuously since the early-1990s. Ironically, anything goes in the name of constitutional supremacy with each side marshalling equally powerful logic. However, like in any drama, it’s the passion that often draws the attention of onlookers.

Courtly concerns
For learners of Nepali language, the interim order of the Supreme Court that has almost precipitated a political crisis with the parliament, the executive and the judiciary seemingly ranged against each other, is an interesting text to read. Some of its lines are almost poetic. A few others make for a philosophical reflection.

Some jurists argue that obiter dicta (a Latin term implying things said in passing) is superfluous when decisions are backed by irrefutable evidences and sound logic but may be helpful in appreciating the position of the judge over contentious issues. Since the court was examining a case where it was the defendant as well as the judge, some form of ambiguity in the phrasing of the order was perhaps inevitable.

In any case, Nepal’s judicial system is patterned after the courts of Mughals where a hukum (‘powerful command’) is neither a firman (‘sovereign order’) nor a faisala (‘judicial order’) but much more powerful than the two combined. After the fall of Ranas, many judicial terms of farasi have been Sanskritized, but the essence remains the same: The designated authority has full power to exercise the voice of its conscience and take decisions in accordance with noble traditions of the land and the spirit of the law rather than its content. To those lofty ideals, the amorphous phrase of ‘aspirations of the people’ can sometimes be added to maintain a republican posture.

When the Supreme Court restored a dissolved parliament in early-1990s, one political party brought out its cadres on the streets and began clamoring for the head of the judge in a country where capital punishment had been constitutionally banished for a while. In another case with almost the same difference in constitutional positions, the court held that the dissolution of the house was a prerogative of the prime minister in a parliamentary system. All kinds of slogans once again rent the air in Kathmandu.

The first and the most inclusive Constituent Assembly formed with the united force of a decade-long Maoist insurgency, years of peaceful struggles culminating in April Uprising, and at least two Madhes Uprisings had to dissolve itself because the Supreme Court had ruled that its sovereignty ended on certain stipulated date. Resigned to their fate, subsequently all political forces prostrated at the feet of the PEON to save their necks.

Restoration of the old regime—minus the monarchy—was ensured through the 16-point Conspiracy and a ‘fast-tracked’ charter passed with party whips and promulgated under duress in the middle of natural calamities and countrywide protests. The interim order prioritizing concerns of the court over agenda of the executive or anxieties of the legislature is thus quite in order and completely in agreement with the unique blend of constitutionalism practiced in the land of Mount Everest, Lord Buddha and one-horned rhino that the world better learn to call Gainda because a Nepali populist has decreed so.

Predictable cliffhanger
People love to watch suspense when they are confident that an adverse resolution is unlikely to affect their lives. Perhaps that’s the reason cine-goers waited with bated breath and made Bahubali II one of the biggest grosser at the box-office even in Kathmandu. For thousands of youths that troop out every day from Nepal in search of livelihood, whatever happens next in Singh Durbar isn’t of much consequence.

For the Comfortable Classes of Kathmandu, too, nothing matters as long as remittances keep the wheels of the gravy train called the free-market fundamentalism moving at a predictable pace. So long as politicos are purchasable and their prices remain affordable, the business community will love whatever goes in the name of human rights, democracy and freedom of the press.

It’s only members of the Leisure Class, especially of the vocal White Shirt variety, that wants to have its cake and eat it too: Keep the façade of parliamentary democracy intact but maintain the PEON hegemony through all instruments of the state. With parliament prorogued to facilitate first phase of local elections, the White Shirts have triumphed in protecting their turf once again.

Political prediction in countries where passions run high is a dicey business. Emotional responses can be disturbingly erratic. In comparison, throwing darts in pitch dark has better chances of hitting the bull’s eye. Judicial activism in political affairs, unless there is clearly a constitutional issue at stake with unambiguous precedence or provable evidences for legal resolution, does little to add to the credibility of the courts. What they end up doing instead is strengthening the image of ‘Yo Nepal Ho!’ with practices of jurisprudence commensurate with the exotic imagery. The fun for onlookers never stops.

Meanwhile, some reality checks to gauge absurdities of governance in a banana republic that imports truckloads of bananas to keep itself nourished. Promised constitutional amendments meant to address federal aspirations of Janjatis and Madhesis have remained in limbo ever since the promulgation of the contested charter. Survivors of the Gorkha Earthquakes have already spent three monsoons and two winters in makeshift shelters.

Lulled into complacency by the soothing music of the conformist media, social critics are soundly asleep under the cotton sheet of sovereignty with a pillow of nationalism under their heads, a teddy bear of local elections under arms, the pacifier of constitutional supremacy in their mouth, and a pair of light blocking patches of party loyalty and community allegiances to keep dreaming about ‘foreign conspiracies’ in broad daylight. This is the way pretentious PEON is protecting and promoting national integrity.

Conspiracies being hatched to split Madhes from hills: Oli

KATHMANDU, April 28: The main opposition CPN-UML has accused the government of hatching a conspiracy to split Madhes from the hilly... Read More...