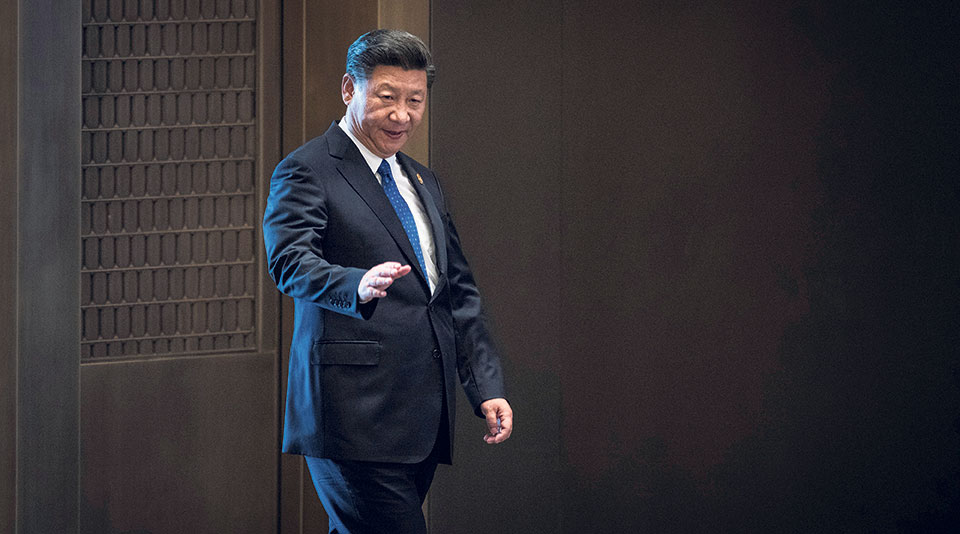 BEIJING, Oct 17: The Communist Party of China has decided to include key theories and strategies proposed by Chinese President Xi Jinping as the party core leader for the governance of China by amending its constitution in the 19th National Congress, which opens in Beijing from Wednesday.

Stating that one of the important tasks of the 19th party congress is to amend its constitution, he said that the amended constitution will include all the major theories and strategies that signify a new vision, thinking and strategies for the governance of China that the Party Central Committee with Comrades Xi Jinping at its core has developed since the 18th Party Congress, informed Tuo Zhen, spokesperson of the congress.

So far, only two leaders have succeeded to include their names for their ideological contributions in the party’s constitution--Mao Zedong and Deng Xiaoping as Mao Zedong Thoughts and Deng Xiaoping Theory. Otherwise, former general secretaries of the CPC Jiang Zemin and Hu Jintao’s ideological contributions have been included in the constitution but only known as Three Represents and the Scientific Outlook on Development respectively.

Xi’s theories and vision formulated based on his major’s address include two centenary goals of making China into moderately prosperous society by alleviating poverty by 2021 and to convert China into a modern socialist country by 2049. Similarly, his vision also includes the Chinese dream of national rejuvenation and his thought on diplomacy of seeking win-win outcomes and building a community of shared development. The Belt and Road Initiative is the manifestation of his vision of the win-win cooperation.

All the national congresses, starting with the 13th, have made amendments to the party constitution to varying degrees. Tuo said that the amendment will better guide and regulate the party’s work and party building.

The national congress, which will open from Wednesday, will last till October 24. As many as 2,287 delegates from across the China will gather at the Great Hall of People on Wednesday for the congress. Chinese Presidnet Xi will open the congress by delivering a work report which rolls out national development plan for the next five years and beyond.

Addressing a press conference organized at the Great Hall of People on Tuesday, Tuo, who is also a senior leader of the Publicity Department of the CPC, said that the congress will also elect the Party’s 19th Central Committee and 19th Central Commission for Discipline Inspection.

The central committee is the top decision making body of the CPC which elects the general secretary of the party as well as members of the of the Politburo, its Standing Committee, and the Central Military Commission while the discipline inspection commission is the anti-graft body of the party which takes action against corrupt party members.

The central commission will endorse the second term for President Xi as the general secretary of the party as well as appoint other leaders in its standing committee.

“Based on the systematic review of achievements and experience of reform in the past, the congress will strive to address outstanding issues that have emerged in practice and work out overall reform measures, Tuo told reporters, adding that the CPC will move toward the goal of improving and developing socialism with Chinese characteristics and modernizing China’s state governance system and capacity.

He said that the anti-graft campaign, which was launched by President Xi after he became general secretary in 2012, will be aggressively pursued in the coming days and take action against the wrong doers.

With 333 new cases of coronavirus, COVID-19 tally in Sudurpaschim Province soars to 2,933
11 hours ago