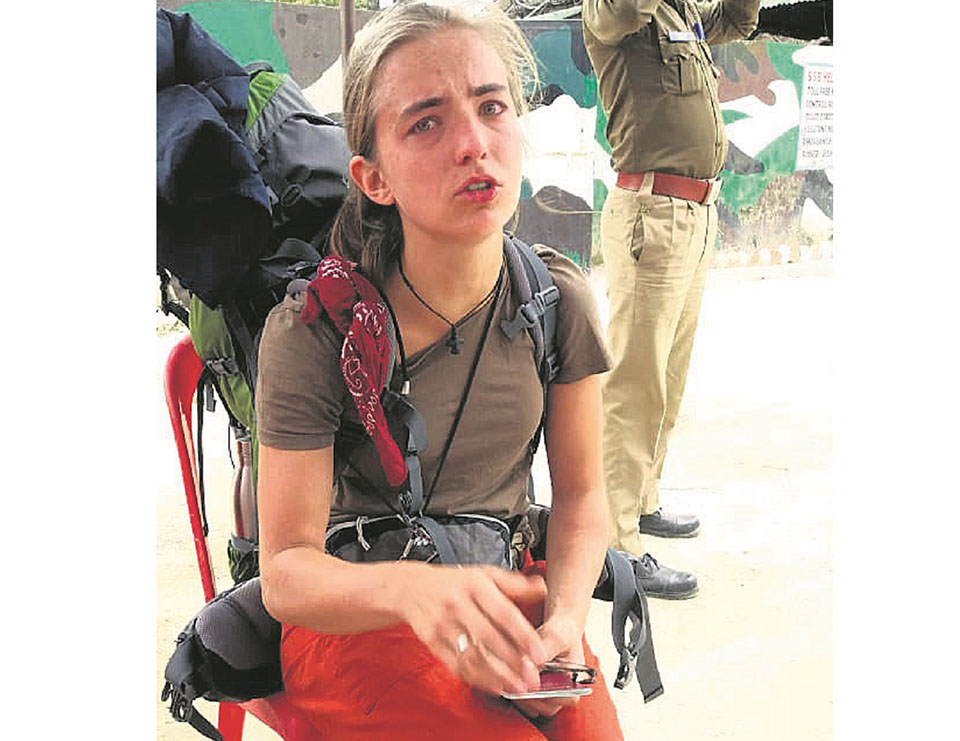 BHAIRAHAWA, March 16: A German woman named Stella and a Portuguese man named Alexander had arrived in Nepal about 15 days ago on tourist visas. The couple travelled to various tourist destinations like Pokhara and Lumbini expressing their mutual affection and commitment to each other. They had already made plans to travel to India before returning to their respective homelands.

On Thursday, they reached the Department of Immigration in Behliya with plans to travel to India together. Stella and Alexander both had required documents and recent health check-up certificates to prove that they have not been infected with the deadly coronavirus. However, on reaching the immigration department toward the Indian side, the immigration office only approved Alexander's permit and did not approve Stella's visa.

It has been learnt that Stella, being a German citizen, was denied entry into India as he country grapples with coronavirus outbreak but Alexander being a Portuguese citizen had no difficulties getting his visa.

The immigration office's action comes as a result of Indian government restricting the entry of many European nationals considering the rapid spread of the coronavirus in Europe and some conformed cases in India itself. Germany is one of the most affected nations but so far there are no alarming cases of the virus reported in Portugal.

Bounded by the government's order, the immigration office did not change its decision and Stella couldn't join Alexander to visit India. She was forced to return back to Nepal while Alexander left for India.

The couple that once dreamt of travelling together was separated due to the fear of coronavirus. This distance between them ended their relationship within a few days.
Stella, who wasn't provided with travel visa to India, can fly back to Germany through the Tribhuvan International Airport.

Due to the fear of coronavirus that was first reported in late December last year in the Chinese city of Wuhan, the Indian government has barred the entry of every foreigners except those from Nepali and Bhutan. However, the citizens of these two nations need to undergo mandatory health check-up before they are allowed entry into India.

According to immigration office in Bhelhaiya, a total of 27,789 people had entered Nepal during March last year. However, this year the number has decreased to 8,388.

Similarly, the number of people who had left Nepal from the border was 27,228 last year, but the number stands at only 8,055 this year.

Emmy ratings up to 7.4 million viewers this year

The Emmys accomplished what is becoming a rarity for awards shows these days, by actually increasing its viewership over the... Read More...