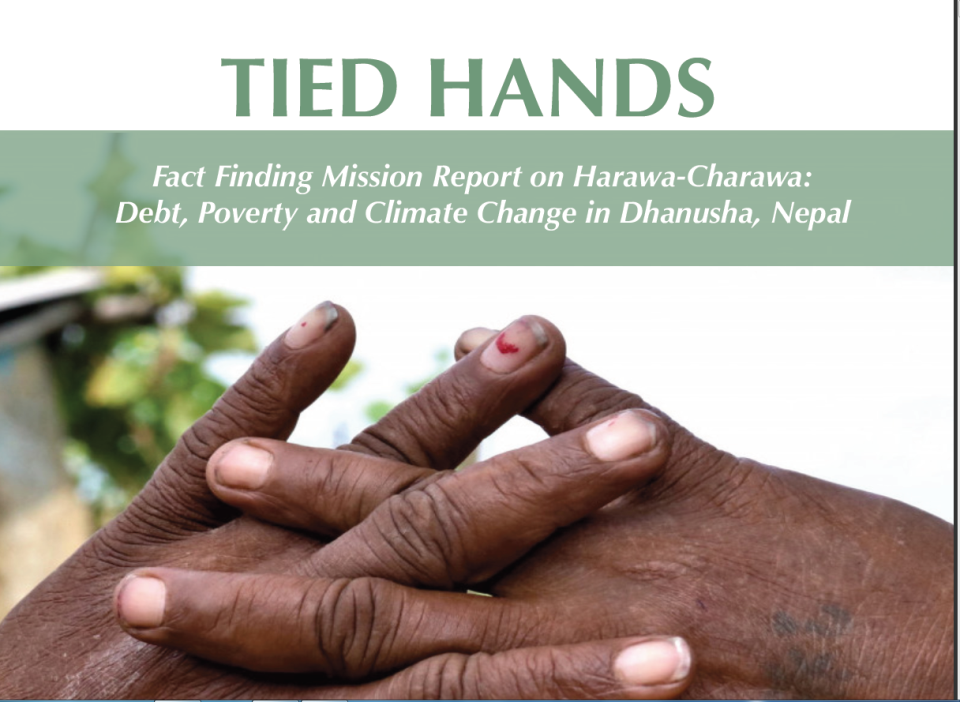 KATHMANDU, July 16: Although Nepal has expressed its commitment to behave all its citizens equally in all international forums, a field study conducted recently has shown that the condition of Harawa-Charawa in Tarai districts is pathetic.

Harawa are hired to plow the land for landlords to pay debt and charawa, usually sons of Harawa, are cattle herders. Harawa-charawa practice is considered a forced labor in this modern time.

A report prepared by Community Self Reliance Center (CSRC) and Forum Asia states that this community is still in a state of social and economic oppression in society. They are also equally vulnerable to problems induced by climate change.

The study conducted taking Dhanauji of Dhanusha district as a base area shows that although the government declared education as free service, the charges slapped on stationary and other things have become a huge burden on children of this community. This has made their access to education difficult

Similarly, people of this community are compelled to do other menial work as they do not own land. The study has found that their problem of food security has become more severe during the COVID pandemic as they couldn't go outside their home for work.

The report has pointed out that the government and other agencies failed to make any special arrangement for their livelihood during the pandemic.

People belonging to the Harawa-Charawa community usually take loan for events like weddings of their daughters and festival celebrations. Later, high interest multiplies the amount, putting them in the debt trap of the landlords. As they have to work for very low wages, they can't get out of the debt easily. Due to debt and other burdens, they can't raise their voice strongly. Thus, the community remains in suppression due to vicious circle of such problems, according to the report.

The report entitled "TIED HANDS, Fact-Finding Mission Report on Harawa-Charawa: Debt, Poverty and Climate Change in Dhanusha, Nepal" was released in Bangkok on Thursday. This report also makes a list of recommendations that the government and other stakeholders concerned need to take to liberate them from the current situation

KMC registered over 1,000 complaints against 27 cooperatives last FY
21 hours ago
Current govt is an alliance of greedy sinners: Rayamajhi
13 minutes ago