COVID-19 effect: No Holi fervor among Pokhara folks (with photos) 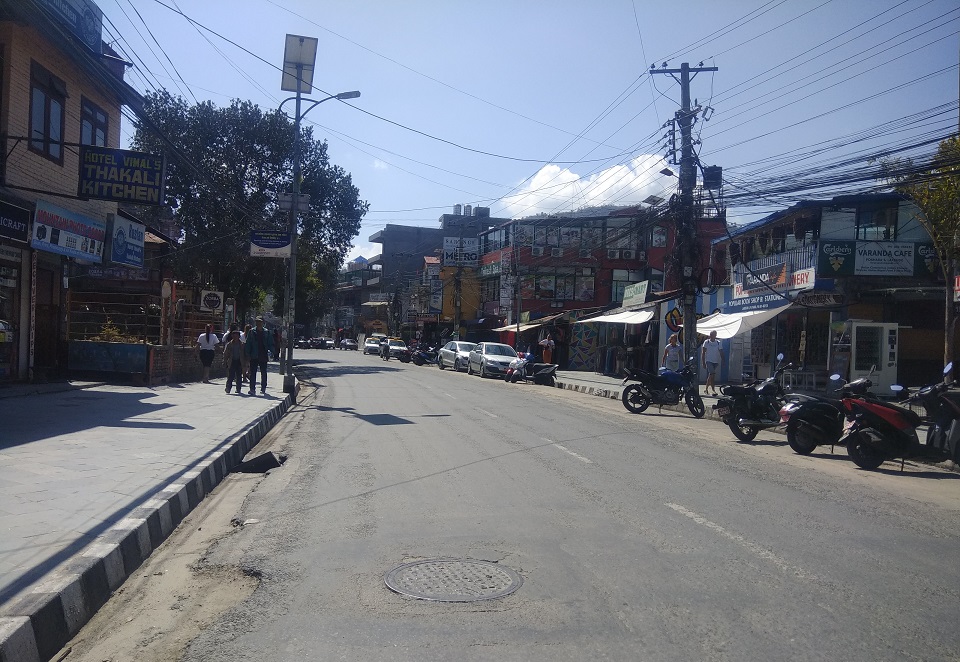 POKHARA, March 9: In the previous years, tourism entrepreneurs of Pokhara used to gather together for grand Holi celebration. Lakeside, the main tourist hub used to be vibrant with Holi colors.

Main street used to witness locals and international as well as domestic tourists flooded in to enjoy splashing and spraying color keeping up the music of Panche Baja, a set of five traditional Nepali musical instruments. Youths with colorful faces would roam around the street to make the best use of the moment creating beautiful memories. As the daylight faded, dusk used to grow much musical and enjoyable.

However, the Holi story this year is quite different. Lakeside is almost silent with the wide-open street. Nominal pedestrians have no restriction to stroll around the street.

Holi, the festival of color and merrymaking has turned uninteresting following the grappling fear of coronavirus outbreak. Holi lost its flavor when the local administration urged the public not to celebrate the festival with fanfare as a mass gathering may help coronavirus spread among people. Except for a few local youths and children and foreign tourists, the streets haven’t witnessed any significant presence of celebrators.

A trekking entrepreneur Dipak Raj Adhikari said that Lakeside and Holi both have lost their originality as no celebration took place this year. “We haven’t felt like it's Holi season.”

Restaurant and Bar Association of Nepal (REBAN) used to organize a mass Holi celebration at Lakeside in the past years. All the entrepreneurs used to take part. Musical programs used to be its integral part. Former President of REBAN Surya Bahadur Bhujel said that the entrepreneurs have not held any events owing to fear of coronavirus outbreak.

Not only Lakeside, but whole Pokhara city has also muted without any grand celebration. Main streets are almost empty. According to police, no untoward accident occurred during this Holi due to the absence of people in the streets.