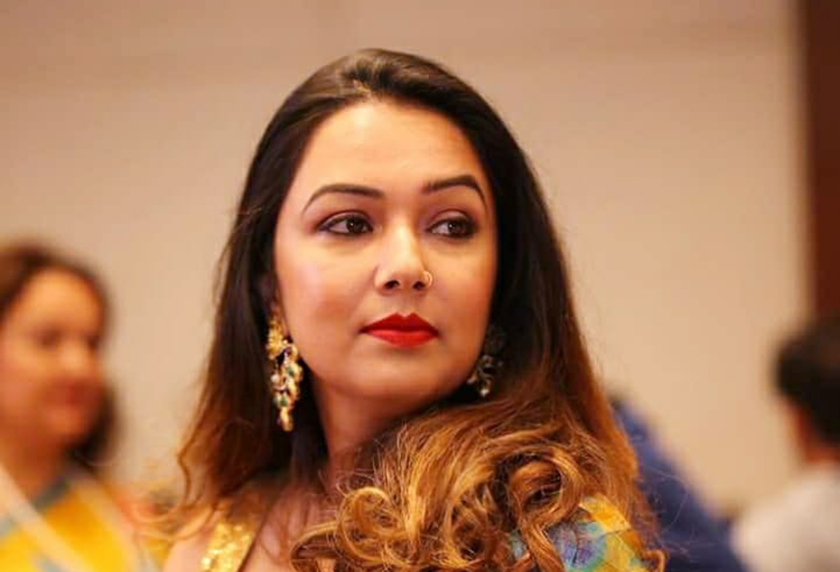 KATHMANDU, May 22: Kathmandu District Court has slapped three months in jail and a Rs 3,000 fine on fashion model Khusbu Oli in a case of a check that bounced. A ruling handed down by a single bench of Judge Shree Krishna Bhattarai on Tuesday also requires Oli to pay a claimed amount of Rs 3.6 million.

As per the court decision, Oli is required to pay Rs 3.6 million to the party concerned as the claimed amount. She stands convicted of writing a bank check without the adequate deposit amount in her account.

One Gopal Bahadur Katawal had filed a case against Oli over the check on August 13, 2017. Oli had written him a check for Rs 3.6 million to settle a loan . But the Kumari Bank check bounced .

Katawal claimed that Oli had given him a rubber check to repay a loan for a land transaction.

Oli had won the'Little Lady Champion' title in a competition organized by Kathmandu Jaycees in 2000. She also bagged the Miss Teen title in 2006.

She has also played in several music videos. She came in for public attention after a relationship with gangster Dinesh Adhikari aka Chari, who was later killed in a police encounter, became public. She has opened Sapana Aamaghar and Street Children Rehabilitation Home for her social service activities.