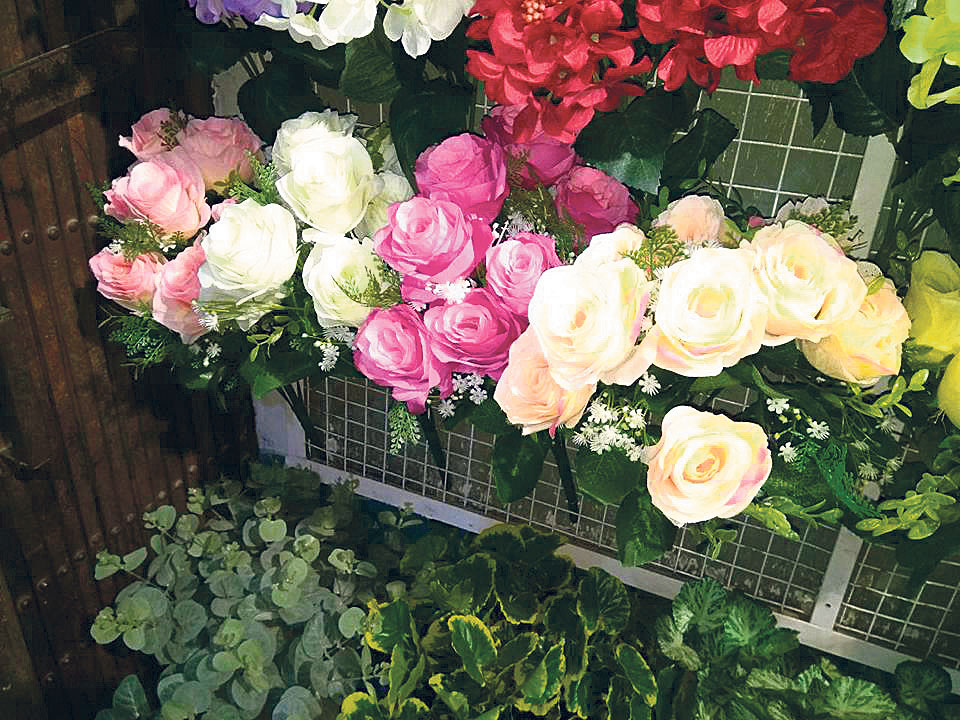 Fresh flowers worth Rs 1 million imported from India in Tihar

KATHMANDU, Nov 11: Import of artificial flowers has gone up in the first quarter of the fiscal year, owing to increased consumption during the festive season.

As flower has become an essential commodity for the celebration of festivals such as Dashain and Tihar, consumption of fresh as well as artificial flowers has been increasing in recent years.

According to the Department of Customs, artificial flowers worth Rs 335 million were imported in the first three months of the current Fiscal Year 2018/19. The figure was Rs 183 million during the same period last fiscal year.

As per the department, India, the largest supplier of such commodities to Nepal, supplied artificial flowers worth Rs 189 million during the first three months of the current fiscal year. China supplied Rs 141 million of artificial flowers.

Likewise, flowers worth Rs 483,000 were imported from Thailand. The country also imported it in smaller quantities from Qatar and Hong Kong.

Decorating houses with flowers has become a festival culture for Nepal in recent years.

Large quantities of flower is imported during the first three months of the fiscal year as the festivals fall during October and November, the official told Republica.

The country is gradually becoming self sufficient in fresh flowers. For the Tihar festival, the country imported fresh flower worth Rs 1 million from India, including rose worth Rs 31,000, according to the department. The import of fresh flowers was estimated to be Rs 1.5 million in the first three months of the fiscal year.

Entrepreneurs have claimed that despite a high demand for flowers in the international market and a big scope of commercial flower farming in Nepal, this sector is largely neglected.

Local products of Nepal should be commercialized and promoted in the international market, according to flower farmers and entrepreneurs. They have stepped up efforts for commercialization of flower farming. They are lobbying with the government to accord due importance to this sector.

Commercial flower farming is done in 155 hectares of land in 43 districts. Kathmandu, Lalitpur, Morang, Kaski, and Bhaktapur are the top flower producing districts in the country. Flower farming has created direct employment opportunities for over 43,500 people. Flower production is growing by 10 to 15 percent annually, according to the FAN.