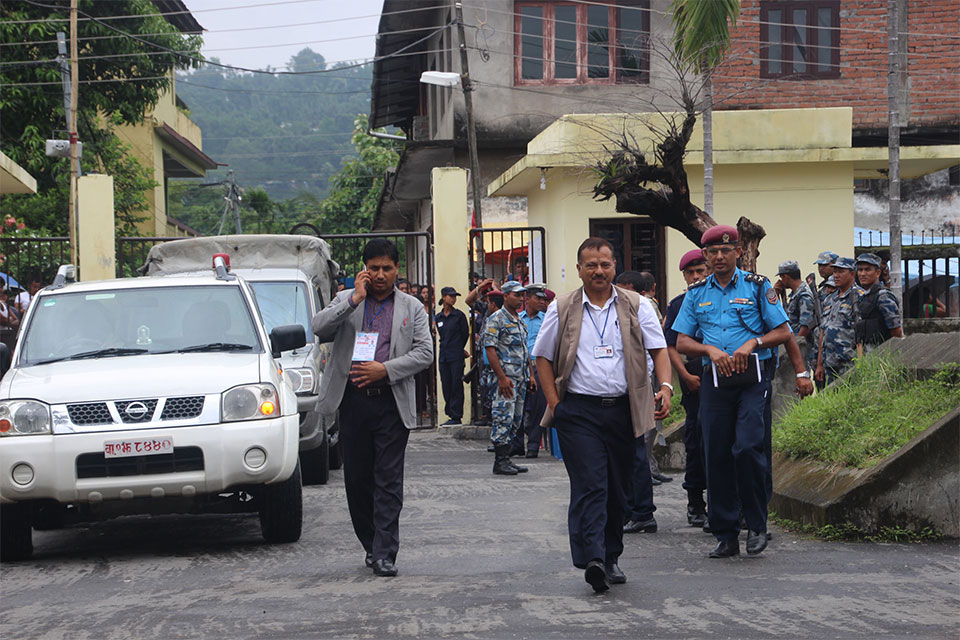 DHARAN, July 4: Chief Election Officer, Chief District Officer and District Police Officer have arrived at Sabhagriha after the dispute cropped up at the counting center in Dharan.

The CPN (Maoist Center) cadres are demonstrating at the Sabhagriha accusing that there had been a vote rigging.

The dispute started after a vote cast for Federal Socialist Forum Nepal (FSFN) candidate was found to have been added to the votes of Marxist Leninist candidate while verifying the counting just before it was formally announced.

No sooner the incident came to the fore than the Maoist Center and FSFN cadres started protesting against the vote counting.

As many as nine parties including FSFN and Maoist Center had formed an electoral alliance to contest the local elections in Dharan Sub-metropolitan City on June 28.

The dispute began when the counting update was about to be made public after the counting of ward no. 9 and 10 was over.

Vote counting at Dharan Sub-metropolis yet to resume

DHARAN, July 5: The vote counting at Dharan Sub-metropolitan City that was halted since Monday midnight has not resumed yet. Read More...

It is responsibility of big parties to keep nation united: UML Secy Bhattarai
7 minutes ago