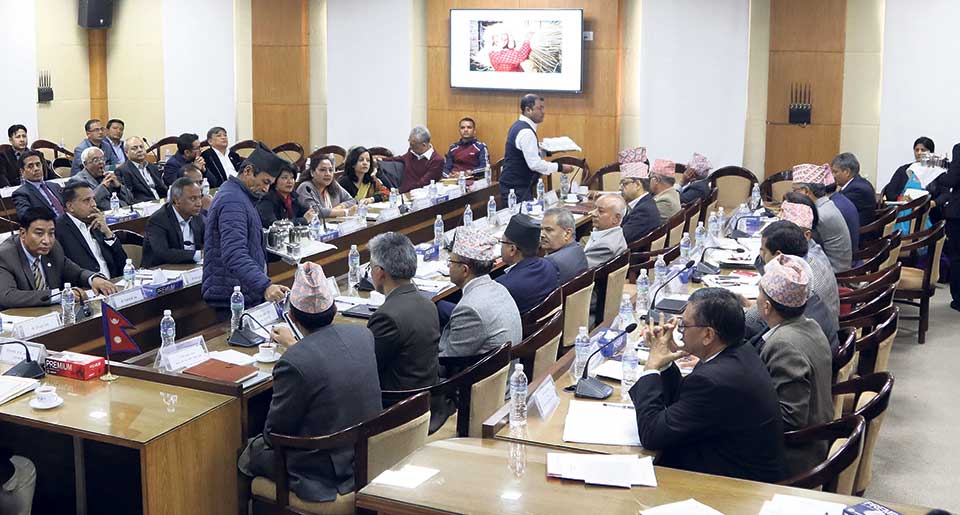 KATHMANDU, Nov 27: The first meeting of Industry Commerce Promotion Dialogue Council, a common platform of the business community and the government agencies, was held at Singha Durbar in Kathmandu on Monday.

Twenty-five executives of professional bodies of business community and government ministers had participated the meeting.  The current government had formed it through a cabinet decision two months ago to promote investment, encourage foreign direct investment, and set ground for investment-friendly environment.

Monday’s meeting of the council was an introductory one, and the council will meet regularly hereafter, officials at the Office of the Prime Minister and Council of Ministers said.

“A decision has been made to set up its own secretariat soon,” said Kundan Aryal, press advisor of the Prime Minister. There was proposal to share the secretariat’s cost by the private sector and the government equally, but it remained undecided. Likewise, the location of the secretariat, to be formed by the end of December, was also undecided.

The members of the council include representatives from the Federation of Nepalese Chambers of Commerce and Industry and professional bodies of health, construction, manufacturing, and education among others.

The government in September had formed the council with an objective to interact, co-ordinate, and build rapport between government, private, and commercial sectors. The overall goal of this council is to identify and promote investment areas, increase productivity, create jobs, increase per capita income and fulfill the objectives of national campaign.

Ministers of key ministries including industry, commerce and supplies; finance; energy; water resources and irrigation; and culture, tourism and civil aviation are members of the council. Addressing the meeting, Prime Minister Khadga Prasad Oli said his government would identify new areas of production and implement the same to achieve double digit growth rate.

Oli also said that the government wanted to join hands with the private sector for creating environment for investment and production. He said that he was ready to unlock the constraints through legal reforms. He pledged to start tabling laws in the next parliamentary session expected to start in December.

Hari Bhakta Sharma, president of the Confederation of Nepalese Industries, said the private sector was long seeking such institutional platform for discussion on issues related to industries and investment.

KATHMANDU, Dec 18:  The meeting of the Nepali Congress central working committee scheduled for Wednesday has been postponed until December 20. Read More...

KATHMANDU, April 1: A meeting of the Parliamentary Hearings Committee (PHC) called for the hearing of Dinesh Thapaliya, the candidate... Read More...