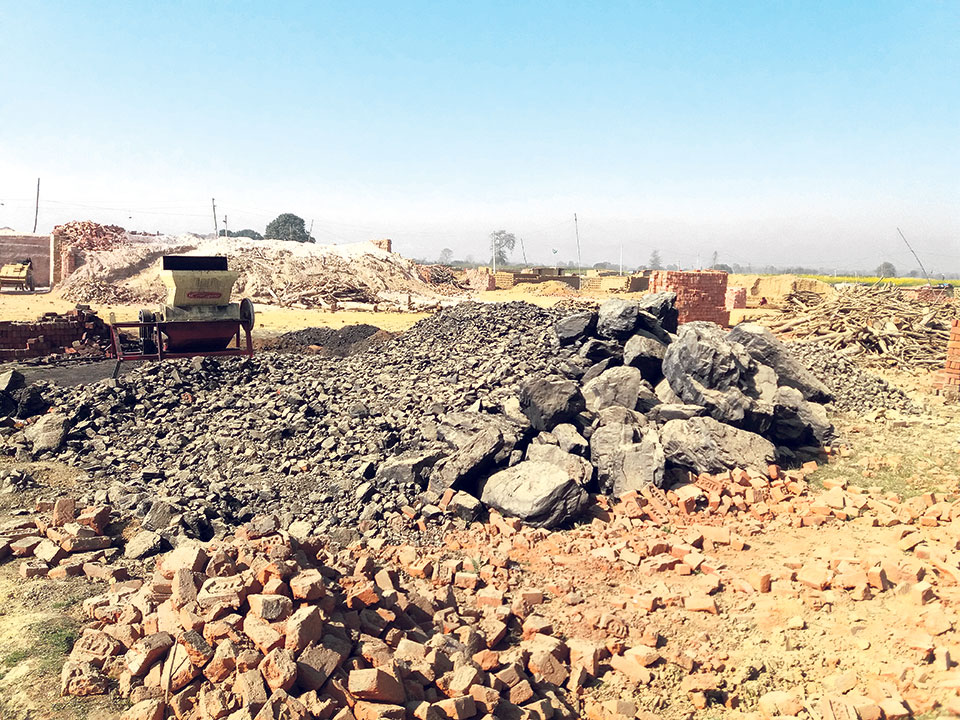 KOHALPUR, Feb 13: The price of coal, which is used by brick entrepreneurs to fire their kiln, has increased by as much as 25 percent with the imposition Goods and Services Tax (GST) by India.

Yakun Teli, a proprietor of Two Star Brick Industry of Sonpur-2 of Khajura Rural Municipality, said that price of coal has climbed to Rs 25.5 per kg, from Rs 18.5 per kg, after GST came into force in India.

“Rise in the price of coal has increased our cost of production. It has made bricks costlier,” Teli added.

There are 55 brick factories in Banke and another 32 in neighboring Bardiya. These factories have been supplying bricks to over a dozen districts.

“I had procured a container of coal at Rs 20,000 last year. Now, the cost has climbed to Rs 30,000,” Tufail Ahmad, proprietor of SK Brick Industry based in Nepalgunj-21, said. “We have long been hearing that Nepal has coal deposits in different parts of the country.

But no one is taking initiatives to make use of these coal mines,” he added.
He further said that Nepali businesspeople have no option but to buy coal at whatever price quoted by the Indian supplier.

Brick manufacturers say that rising cost of production could force them to increase the price of bricks.

Meanwhile, investment in brick industry has increased by around 25 percent in recent years, according to Prakash Sah, president of Brick Industry Association, Banke. “The government should take a needful initiative to reduce the price of coal. “Though we cannot bring down GST imposed by India, the government can bring down customs duty to provide some relief to us,” he told Republica.

KATHMANDU, June 1: Lower than expected growth in deposits over the past two weeks has shattered hopes of bankers who were... Read More...

Kathmandu, Sept 18: People dwelling in the capital city planning to go home for Dashain festival this year have been... Read More...