Corbyn: Labour will challenge UK Prime Minister May on any Brexit deal 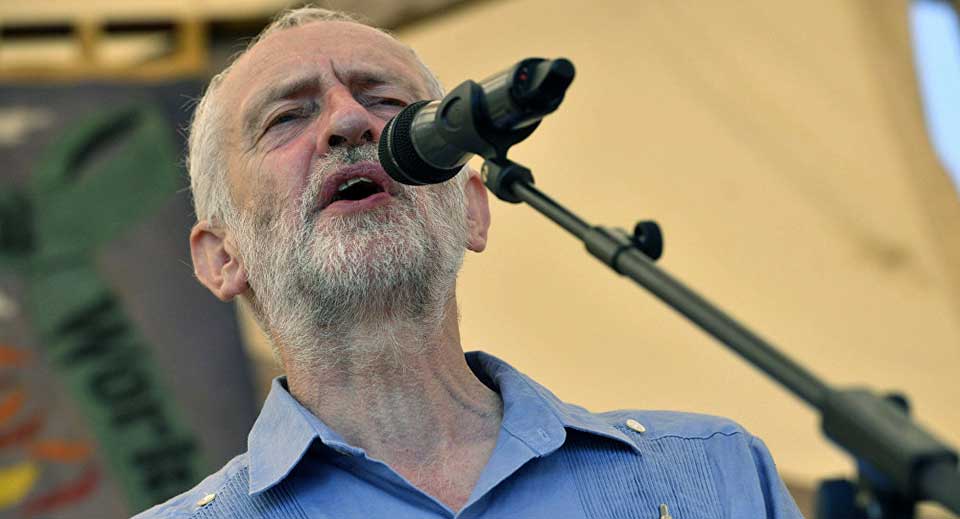 LONDON, Sept 23: British opposition Labour Party leader Jeremy Corbyn said on the eve of his party’s annual conference that he would challenge the UK Cabinet on any deal on Brexit, calling for a general election if the body failed to comply.

Corbyn, addressing a crowd of supporters in Liverpool, said that he would not blindly support any deal the British government would agree on with EU lawmakers unless it protects jobs and living standards, Reuters reported.

“We will challenge this government on whatever deal it brings back,” said Corbyn, adding that “if this government can't deliver, then I simply say to [British PM] Theresa May the best way to settle this is by having a general election.”

Corbyn noted that regardless of the deal the UK government would agree to, it should comply with Labour’s so-called six tests for job security, living standards, and environmental protection. Earlier the Labour party leader said that he would back a new Brexit referendum if party members demanded it.

“I was elected to empower the members of the party. So, if conference makes a decision I will not walk away from it and I will act accordingly,” he said. “If the people's party decide they want the people to have a final say on the deal, we have to respect the view of our members and we will go out and argue for it,” added Tom Watson, the number two Labour leader.

Corbyn’s comments followed May’s return from Salzburg, where she and 17 EU member leaders failed to agree on the Chequers proposals.

“This is the moment to do what is right for Britain,” May said, adding, “Now is the time for cool heads. And it is a time to hold our nerve.” She also noted that the negotiations on Chequers had “hit an impasse.”

May’s team is reportedly preparing for a snap election in November as a contingency plan to secure the success of Brexit as well as to cement her position as UK leader, according to The Sunday Times Other reports suggest that several members of the Cabinet would demand that May present a ‘Plan B’ alongside her Brexit proposal next week, and adding that she should resign if a proposal is not presented.

UK Foreign Minister Jeremy Hunt told BBC radio on Saturday that if the EU expected Britain to capitulate and give up its positions over Brexit, the bloc had “profoundly misjudged the British people.” Hunt outlined that “we may be polite, but we have a bottom line,” asserting that Britain will leave the economic bloc in March 2019, regardless of the deal’s details.

Nepal's politics is in a serious and sensitive situation: NCP General Secy Chand
38 minutes ago