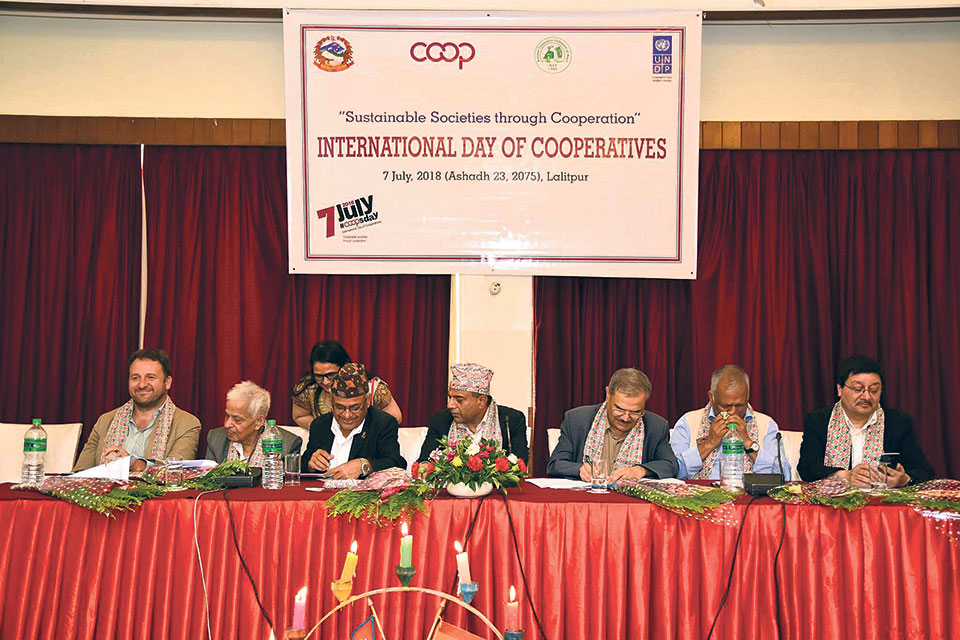 KATHMANDU, July 8: Minister for Agriculture, Land Management and Cooperatives Chakrapani Khanal has said that land fragmentation has become a big challenge to the government's efforts of increasing agro production.

Speaking at a program organized by the Ministry of Agriculture, Land Management and Cooperatives (MoALMC), along with other organizations, in Kathmandu on Saturday to mark the 96th International Day of Cooperatives, Khanal said that cooperatives can play a significant role in increasing agro output by promoting land pooling or integrated land management as well as providing access to market for farmers.

The International Day of Cooperatives was commemorated in Nepal along with other countries with a theme 'Sustainable Societies through Cooperation'.

Stating that young generation is getting attracted toward agro and farming business in recent years, he said that the government should be able to provide them an assurance on security of their investment in agriculture business. He also said that cooperatives can help the government to achieve sustainable development goals (SDGs).

Also speaking at the program, former finance minister Bharat Mohan Adhikari said that cooperatives should focus on increasing their production to make a prosperous Nepal.

“Cooperative sector has equal responsibility as the government and the private sector in achieving the sustainable development goals,” he added.

“The cooperative sector can contribute to achieving the SDGs either through their investments or awareness,” said Kandel. “The NPC is ready to collaborate and work together with cooperatives in meeting the development goals,” he added.

Best cooperative from each province was also felicitated at the program.

KATHMANDU, July 4: Cooperatives will now have to report their financial transactions online on a regular basis to the regulator or... Read More...