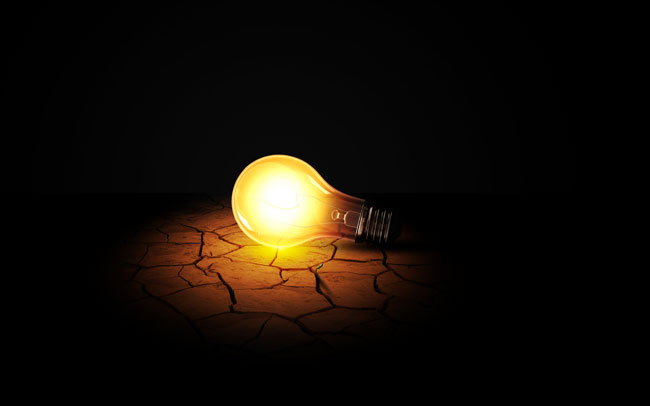 Someone please give this man a medal already. So far, in his short tenure, he is doing what countless Prime Ministers had promised to do the moment they had settled their bottoms comfortably into the ministerial chair – end load shedding. The ritual of making that empty promise to end load shedding, usually within a year, has become a force of habit and is one of two announcements – the other being the ‘customary’ first visit to Big Brother – that the public has learned to expect at the start of every PM’s tenure.

All of them failed to keep their word, but it’s not like we were holding our breath anyway. Even now, with load shedding curbed a month into the winter season, it still feels a bit surreal. It’s early days and we will reserve our judgement until we see the same consistency in supply over the next few months, particularly when heaters are cranked up and all sorts of appliances start placing a big load on the grid.

However, for the general public who were gearing up to endure perhaps 18 hours of load shedding a day this winter, there is no greater hero than Kulman Ghising at the moment. I honestly can’t think of a single public official whose appointment has had this sort of impact on the way we live our daily lives in the capital.

Just the simple pleasures of being able to do our work when we want to and not at the ungodly hours we are expected to, not to have our lives dictated by a stupid timetable, to be able to cook using electrical appliances that I never even knew I possessed (honestly), being able to watch our favourite shows, not having to take an ice bucket challenge every winter morning in the shower – the list is just endless.

What was arguably urban Kathmandu’s single biggest pressing concern has so far been ‘managed’ by a single appointment, his professional integrity and a few well-placed directions.

In his own words, he hasn’t done anything special – just managed the loads and the demand side of the business. Yes, we import power from India and we have a few hydro stations connecting to the grid soon, but it’s not like the supply has gone up exponentially overnight. Are we to think that right up to his appointment there was no one within the NEA capable of implementing this demand side management? Of course, there were people but then they wouldn’t have stood a chance against the vested interests of certain sections within the NEA and the politico-business nexus that conspired to keep the public – both literally and figuratively – in the dark.

As is the case with public entities, once the boat at NEA was rocked and the status quo challenged, out came the resistance to his appointment. How else can the protestors ensure the continuity of the ‘alternate energy’ business of inverters, solar panels and generators? How are the folks at NEA supposed to make money if electricity is distributed fairly and leakages controlled?

To say that the NEA is mismanaged is to grossly understate the problem. After all, they are not called ‘No Electricity Authority’ for nothing. As the only agency responsible for electricity generation, transmission, and distribution, they are synonymous with corruption and inefficiency. The crux of the problem is that the electricity monopoly much like its counterpart, the NoC, is usually staffed at the higher echelons with the filth of bureaucracy – people who have less interest in serving the nation than pandering to their political masters.

However, the problem begins a little higher up the pyramid in the Ministry of Energy – an institution that is apparently critical to national development yet seems to get lumped with the some of the most uneducated, inept, and avaricious ministers of every cabinet with alarming regularity. Most parties are guilty of treating it like a cash cow, appointing ministers to funnel backhanders into their party coffers. Yes, there have been competent ministers (Gokarna Bista springs to mind) but too many clouds and very few silver linings. In light of this, some credit must go to Janardhan Ghimire and PKD ‘Prachanda’ because it wouldn’t have been easy to appoint a ‘competent’ person amid resistance from various interest groups.

This resistance can come from many quarters and there are people who, at the slightest hint of a power cut, take to social media to belittle Ghising’s efforts. Many of them are so called senior reporters with questionable credibility and an allegiance to one aggrieved party or another. Yet another school of thought on social media says all this acclaim is unwarranted for an official who is simply doing his job. A good analogy to these detractors would be our ex PM KP Oli who is currently riding high in public consciousness because he apparently stands up for the nation’s interests. Correct me if I’m wrong, but isn’t that part of his job too? He is popular because he is seen to be standing alone in a sea of vested interests and it’s much the same for Kulman Ghising.

Before Ghising came along, it was getting to the point where we didn’t think there was a light at the end of the load shedding tunnel. All of us, from a very small age, have been forced to learn by rote the meaningless fact that ‘we have a maximum capacity of 83,000 megawatts out of which 44,000 is economically feasible’. Yet here we are in 2016, getting a collective orgasm because we have 24/7 electricity.

I have no doubt that the general public supports him but we will need to translate that support into action, heed energy saving advice and do our bit to help – especially concerning usage during peak hours. As for Ghising, please allow me the liberty to speak for all of you when I express my gratitude. The work isn’t done yet and we don’t know what the next few months will hold but we are grateful to you, for your honesty, integrity and professionalism. Public officials like you are in short supply, not unlike the electricity before you came along. Thank You for shedding some light in the darkness. Keep on shining.