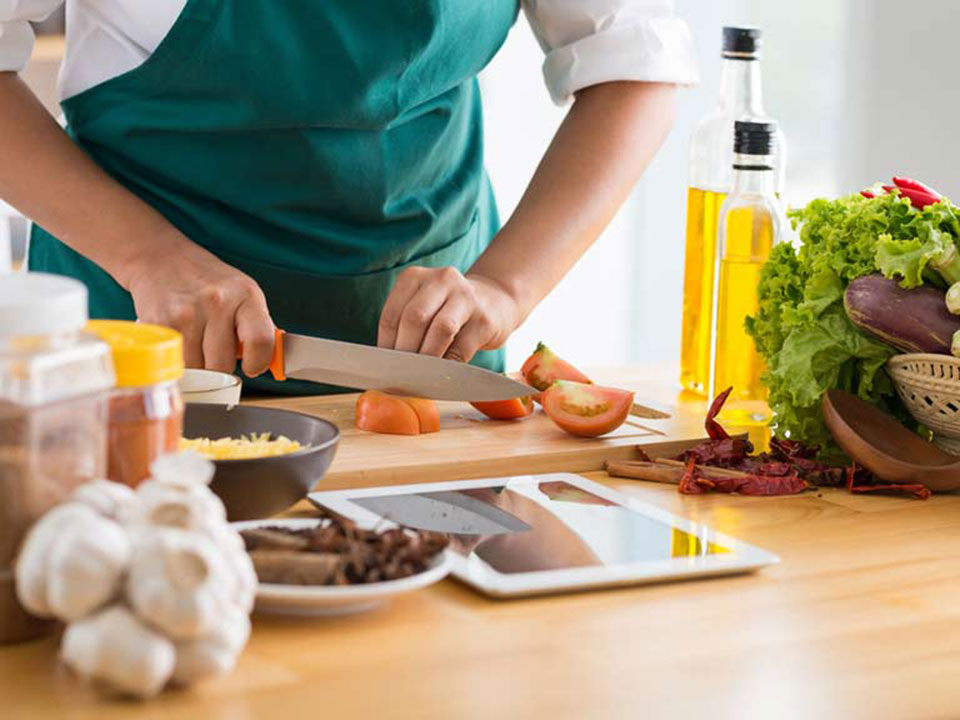 Most males in patriarchal societies are inherently abusive and inconsiderate in their kitchen behavior. They sit and eat first and don’t care if there is enough food to eat for those who follow

How people think and behave is largely determined by what they eat and how they eat. We can simply surmise the nature and behavior of people by observing their food behavior. The filthier their trash bins the unhealthier the people. The greater the food waste, more the chances that family is irresponsible. The most successful people are those who are the most responsible about food. Therefore, I believe a close study of kitchen is crucial in unearthing the basic tenets and secrets of any cultures.

Kitchen is an ideal place that provides opportunity for profound intimacy among the family members. This is where meaning of the word ‘home’ comes alive. Relationships either flourish or fade or remain stagnant based on what happens in the kitchen as it entails activities that help a house transform into a ‘home’. The term ‘cooking’ is almost identical to kitchen and holds secondary importance especially in the oriental cultures whereas it carries bigger significance in the occidental imagination.

Most Americans (whites and blacks) I have come across don’t regularly cook at home. They either eat out or order food online or employ microwaves and ovens to heat readymade/frozen foods from the grocery stores. Cooking at home for them is as rare as Nepalis’ eating out. Cooking at home is mostly limited to Christmas, Thanksgiving Day, special occasions and family gatherings. They find it ‘cool’ (American slang for ‘awesome’) when we tell them that cooking is a daily routine for us. The fact that we cook regularly at home itself is ‘news’ to them.

Memories of mine
I have been cooking all my life since I was entrusted with full responsibilities of managing ‘goth’ (shades erected in the fields away from home) in my mid-teens after appearing in the SLC (called SEE now) exams. I would rarely get to go home due to hectic routines of having to keep an eye on goats to protect them from jackals and stop buffaloes from venturing out to cliffs and precipices to prevent them from fatal falls. My ‘boyhood’ vanished abruptly and turned into a ‘man’ who would cook and decide on his own.

I was savoring every moment of this new-found freedom although I sorely missed the good quality food prepared and served by my mother. With freedom comes responsibility. I would cook rice, and prepare dried-mustard (gundruk) soup (fresh mustard leaf soup if I were lucky) for meals. The greatest freedom was my monopoly over the thick creamy layer formed atop the boiled milk. I would eat ‘amala’ (gooseberries) in the winter and ‘pani amala’ (sword fern fruit attached to its roots) in the spring. Drinking water after eating gooseberries was probably the most satisfying experience as the tongue felt so sugary in its aftermath. I would also bake ‘kodoko roti’ (millet flour bread) by wrapping the dough in hazel leaves and putting them over the burning fire.

It may sound unconvincing but it is a fact that I belong to a generation that waited for annual Dashain festival to enjoy adequate meat and ‘chyura’ (flattened rice). Similarly, we would eagerly wait for Deepawali festival to have ‘selroti’ (circular rice bread) to our hearts’ content. Literally, the seasonal festival calendars prepared by the astrologers dictated what special dishes were to be prepared in almost every home in the village where I grew up. Every delicacy that was cooked unseasonably at home was a luxury.

I have observed a couple of caveats in our culinary practices.  The kitchen in most of the villages in Nepal is a place where the males (husbands, sons, sons, sons-in-law etcetera) groan and gorge whereas the women (as mothers, wives, daughters, and daughter-in-laws etc) grouch and silently suffer. Most males in patriarchal societies are inherently abusive and inconsiderate in their kitchen behavior. They sit and eat first and don’t care if there is enough food to eat for those who follow. It has been viewed as a norm rather than an exception.

There is another alarming catch in Nepali kitchen culture. The guests will simply write off the quality of food no matter how sumptuous it is if there is no meat in the menu. Food is also closely tied to loyalty.  In this sense, people in most rural areas are incurably carnivorous. That is the reason why politicians and parties organize ‘bhoj’ (feasts) with adequate meat on the eves of elections.

Cooking is taken for granted and eating out is a sign of profligacy in our part of the world. Eating out is also fraught with health dangers for those who can’t afford to visit expensive and clean eateries as the food sold for commercial purposes is usually substandard with excessive adulteration. Monitoring of food quality by the regulatory agencies is almost non-existence. Public health has never been a major political issue. Needless to say, eating at the hotels along the roads and highways is nightmare for the bowels.

Unfair practices
A cook’s hunger is half allayed while cooking. That is why the real pleasure of a cook lies in feeding others. However, some weird households in the far-flung villages choose to deny milk, buttermilk, and curd to the tillers and diggers of the fields, and ancillary workers owing to their superstitious beliefs. I know some families that still deny any dairy products to ‘damai’ (stitching artists) and ‘kami’ (tool artists) believing doing so would make their buffaloes and cows climb tress.  I find such practices untenable and laughable. And yes, most of these ardent practitioners of traditions are the most faithful supporters of the communist parties and fix and flutter hammer and sickle flag on their roofs.

I have also observed that food is often mindlessly wasted in most parties where alcohol is served. The already tipsy attendants grab all the varieties of food available and fill their plates despite knowing that there is little or no room for more food in their stomach already overstuffed with snacks and drinks. It is annoying to see them smile while throwing the plates full of food into the trash bins that could feed a couple of hungry people elsewhere. Even a grain of rice holds the prospect of immense productivity and can save many lives. Hence, wasting a full plate of rice is nothing short of a heinous crime to me. Such people should be chastised everywhere.

One day my father, already an octogenarian, found me preparing asparagus spears as the side dish. He protested against having ‘bhaisinko kundo’ (buffalo dish) as he had dug out the roots of asparagus, cleaned them, and squeezed the juice out of them to feed the buffaloes if he suspected them to have been exposed to extreme heat of the sun his entire life. Upon my insistence, he tasted it, and said: ‘mithai hundo rahechha’ (taste was not that bad).  He picked up the taste and started enjoying the ‘buffalo dish’ whenever it was available in any format: soup or side dish. However, I never told him a small bunch of asparagus spears were so dear that they cost me more than five dollars because he had overlooked them throughout his life.

For the love of cooking

Instagram is a haven for amateur cooks as well as those who like to sit on their beds and look... Read More...

Hosting a party or a get together can be a little stressful, especially if you are having one at home... Read More...

Food from the Royal Kitchen

A 10-day Hyderabadi Food Festival is taking place from May 24 at Fairfield by Marriott, Kathmandu. ... Read More...

Remove me if you can: PM Oli challenges Dahal, Nepal
56 minutes ago

Remove me if you can: PM Oli challenges Dahal, Nepal
56 minutes ago