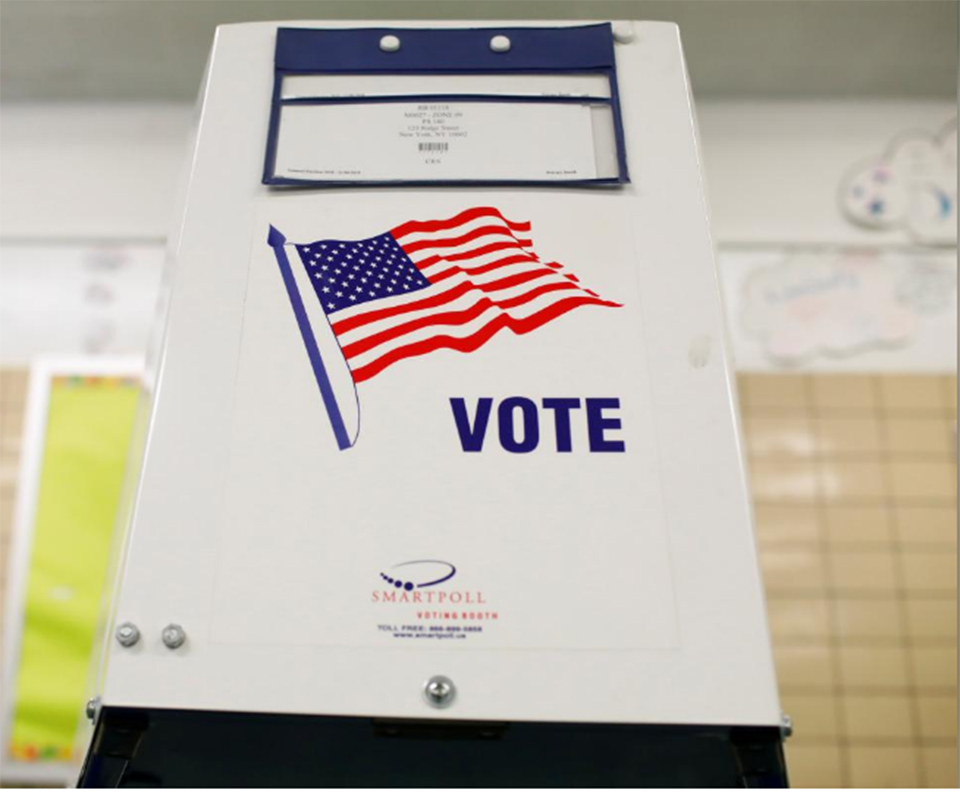 WASHINGTON, Nov 6: After a divisive campaign marked by fierce clashes over race, immigration and other cultural issues, Americans will cast votes on Tuesday to determine the balance of power in the U.S. Congress and shape the future of Donald Trump’s presidency.

The first national elections since Trump captured the White House in a stunning 2016 upset will be a referendum on the polarizing Republican president and his hardline policies, and a test of whether Democrats can turn the energy of the liberal anti-Trump resistance into victories at the ballot box.

“Everything we have achieved is at stake tomorrow,” Trump told supporters on Monday night in Fort Wayne, Indiana, at one of his three rallies to stoke turnout on the last day before the election.

All 435 seats in the U.S. House of Representatives, 35 U.S. Senate seats and 36 governorships are up for grabs on Tuesday in elections focused on dozens of competitive races from coast to coast that opinion polls show could go either way.

Democrats are favored by election forecasters to pick up the minimum of 23 House seats they need for a majority, which would enable them to stymie Trump’s legislative agenda and investigate his administration.

Republicans are expected to retain their slight majority in the U.S. Senate, currently at two seats, which would let them retain the power to approve U.S. Supreme Court and other judicial nominations on straight party-line votes.

But at least 64 House races remain competitive, according to a Reuters analysis of the three top nonpartisan forecasters, and Senate control was expected to come down to a half dozen close contests in Arizona, Nevada, Missouri, North Dakota, Indiana and Florida.

Democrats also threaten to recapture governor’s offices in several battleground states such as Michigan, Wisconsin, Ohio and Pennsylvania, a potential help for the party in those states in the 2020 presidential race.

In a last-minute controversy, NBC, Fox News and Facebook on Monday pulled an ad by Trump’s campaign that critics had labeled racist. The 30-second spot featured courtroom video of an illegal immigrant from Mexico convicted in the 2014 killings of two police officers, juxtaposed with scenes of migrants headed through Mexico.

Critics, including members of Trump’s own party, had condemned it as racially divisive. CNN already had refused to run the ad, saying it was “racist.”

Voter turnout could be the highest for a midterm election in 50 years, experts predicted. About 40 million early votes were likely cast, said Michael McDonald, a professor at the University of Florida who tracks the figures. In the last such congressional elections in 2014, there were 27.5 million early votes.

During a whirlwind six-day blitz to wrap up the campaign, Trump repeatedly raised fears about immigrants, issuing harsh warnings about a caravan of Central American migrants moving through Mexico toward the U.S. border.

A debate about whether Trump’s biting rhetoric encouraged extremists erupted in the campaign’s final weeks after pipe bombs were mailed to his top political rivals allegedly by a Trump supporter who was arrested and charged, and 11 people were fatally shot at a Pittsburgh synagogue.

But on the eve of the election, the president said in an interview with Sinclair Broadcasting that he wished he had a softer tone during his first two years in office - even as he continued his relentless attacks on political rivals.

“I’d love to get along and I think after the election a lot of things can happen,” Trump said. “But right now they’re in their mode and we’re in our mode.”

Many Democratic candidates in tight races shied away from harsh criticism of Trump, focusing instead on bread-and-butter issues like maintaining insurance protections for people with pre-existing medical conditions and safeguarding the Social Security retirement and Medicare healthcare programs for senior citizens.

But Democratic former President Barack Obama hit the campaign trail in the election’s final days to challenge Trump, questioning his policies and character.

“How we conduct ourselves in public life is on the ballot,” Obama told Democratic volunteers in suburban Virginia who were working for Senator Tim Kaine and House candidate Jennifer Wexton, who is challenging incumbent Republican Barbara Comstock.

U.S. election will be Nov. 3 as planned, Trump advisers say

WASHINGTON, Aug 3: The White House and Donald Trump’s campaign on Sunday sought to shut down the Republican president’s musings on... Read More...

Trump: Woman who accused him of sexual assault not his type