Contractor of Madi bridge to get second deadline extension 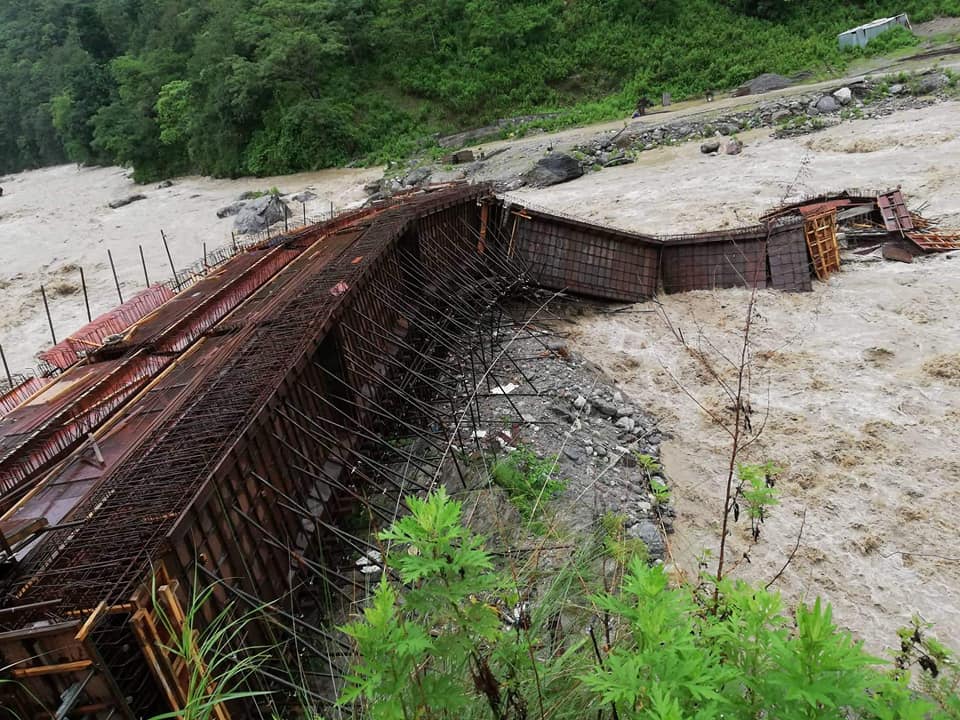 As per the new deadline, the project has to be completed by mid-December

POKHARA, July 18: Preparations are underway to extend deadline for construction of a motorable bridge over Madi River in Kaski district for the second time as the contractor has failed to complete its works within the given timeframe.

The contractor -- Mrit Sanjivani Construction Service -- is likely to get deadline extension of five months this time. Upon completion, the bridge will connect Ward 3 and 7 of Madi Rural Municipality.

"We all know that the work was affected by floods. As going for new bidding will make the project further uncertain, we decided to give one last chance to the contractor," Buda said, adding: "We will take appropriate action against the construction if it fails to complete project within the revised deadline."

The estimated cost of the bridge measuring 82.5 meters in length and 7.5 meters width is Rs 80.6 million. The project was supposed to be completed in 15 months. But its deadline has now been extended by two years.

Sobhiyat Khadka, senior divisional engineer at the Infrastructure Development Office said that the construction company will have to pay 0.05% of the total cost as penalty on a daily basis to get five-month deadline extension. “At this rate, the company will have to pay Rs 8 million to the government to get five-month extension. The deadline will be extended only after the company pays the penalty to the government," he added.

The construction company, however, has its own story to share. Diwas Sharma, an engineer with Mrit Sanjivani Construction Service, said construction could be started only after eight months of signing of the contract. "As the contract was signed during monsoon, we couldn't start construction works right away. Also, supply of construction materials was delayed as the design of the bridge was changed," he added.

He feared it might not be possible to complete the project within the revised deadline. "As we are in the middle of monsoon, we can start works only after September," he said.

KATHMANDU, April 15: Prime Minister KP Sharma Oil on Tuesday is scheduled to make a breakthrough of the tunnel of Bheri... Read More...