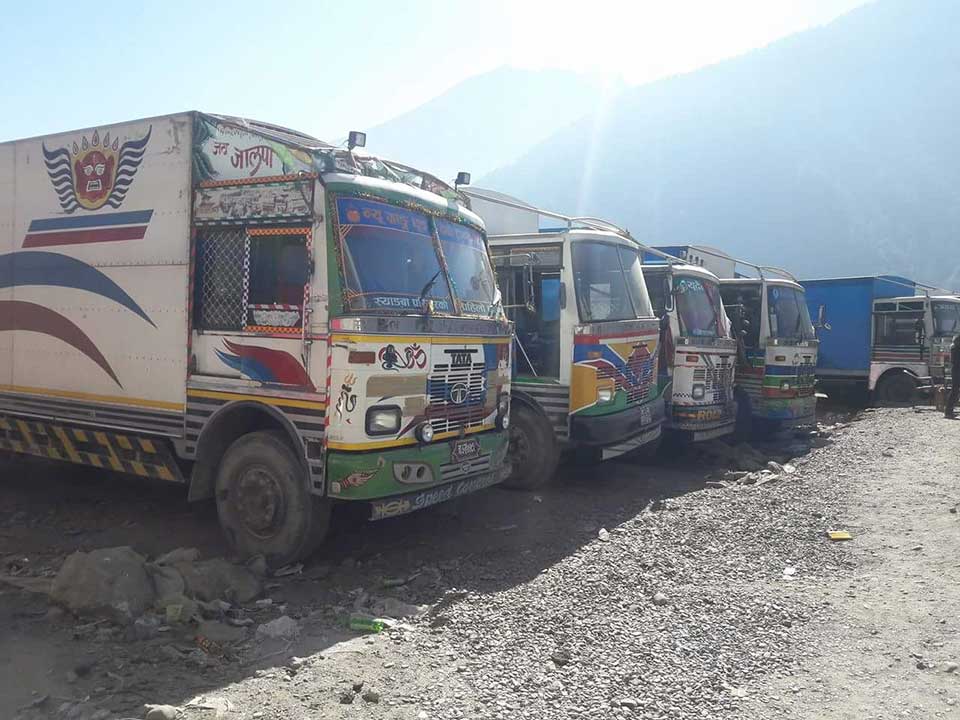 Sonam Lhosar is being celebrated on Thursday.

“Containers, which are being loaded in Kerung, will reach Nepal by Monday evening,” Gopal Koirala, chief customs officer at the Rasuwagadhi Customs Office, told Republica on Sunday.

Koirala, however, added that movement of people through the border point will not be halted. “Vehicle carrying tourists will be allowed to pass through the customs point as usual,” said Koirala.

As trading activity will come to a halt for a week, Nepali traders that have reached Kerung are preparing to return Nepal. “Nepali traders, businessmen and driver, who are working Kerung, have already started returning to Nepal,” Purushottam Paudel, a trader. “We are also returning Nepal as we have no work here for almost a week.”

As China is not allowing Nepali container in its territory for a week, containers headed to Kerung have stopped at places like Betrawati, Kalikasthan, Dhunche, Syafru, and Timure.

The distance between Rasuwagadhi and Kerung is 24 kilometers.

Around 250 vehicles pass through the Rasuwagadhi checkpoint, which came into operation in 2014, every day. Movement of vehicles, traders and businessmen through the checkpoint is increasing in recent months after it was declared as an international border crossing by the Chinese government.

Products like apple, wool, readymade clothes, jacket, shoes, electronics, parts of motor, and cosmetic goods, among others, are imported from China via Rasuwagadhi, whereas Nepal exports handicraft goods, noodles, thread, chilly, and beaten rice through the checkpoint.

No vehicular movement on Rasuwagadhi border before Aug 16

RASUWA, Aug 4: Vehicular movement at Rasuwagadhi, the international business border with China has been halted for the month of... Read More...

KATHMANDU, Nov 2: Nepal Police has stated that the general public has not been stopped from walking on the pavement... Read More...