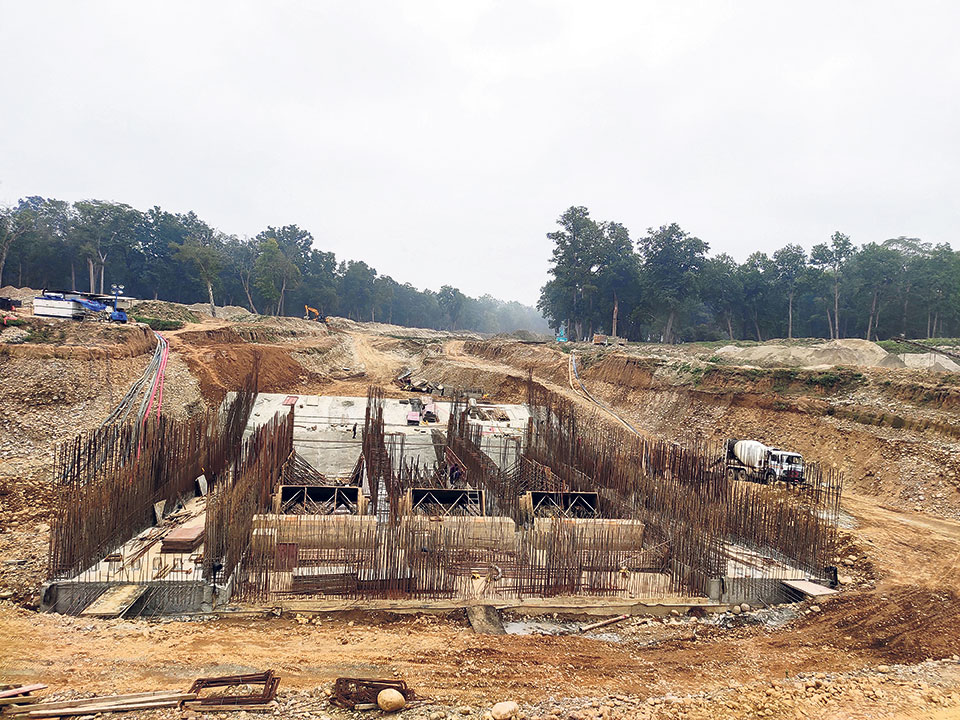 TIKAPUR, Jan 6: The construction of powerhouse under hydropower component of Rani Jamara Kulariya Irrigation Project is moving ahead at a fast pace.

Bidur Shrestha, a division engineer with the project, said construction work has been expedited so as to complete the project within the revised deadline.

SEW/ Tundi JV had bagged the contract in 2014, agreeing to complete the project in three years.

The project includes construction of a powerhouse and a five-kilometer canal. The canal is nearing completion.

The project officials argue that the project could not be complete on time due to different hurdles. Construction work was affected for two years as the Department of Forests and Soil Conservation did not allow the project to fell down trees in the project area.

Even the project cleared forests two years after bagging contract, it could not expedite construction as per the schedule as the project site was waterlogged. It took the contractor lot of time to siphon off water from the construction site. Water seepages also forced the project office to change the project design.

"Now the work is going on smoothly. Workers have been deployed in two shifts to complete construction work within the stipulated timeframe,” Shrestha added.

The project's powerhouse is being built at Katase bazaar in Janaki Rural Municipality-9.

Equipment required for the powerhouse are being brought from Noida, India. Most of them have already arrived at the project site, according to BDA GOEC ECO Code – the consultant for the project.

The powerhouse, which is estimated to cost Rs 450 million, will generate 4.71 MW of hydropower. The project plans to use revenue collected by selling energy for maintenance of the irrigation project.

KHOTANG, June 20: A massive landslide in Patheka of Khotang district has destroyed a canal of a local mini hydropower project,... Read More...

SANKHUWASABHA, June 30: The 4.7 MW Upper Piluwa Rivulet Hydropower Project of Sankhuwasabha district is to be constructed within two... Read More...