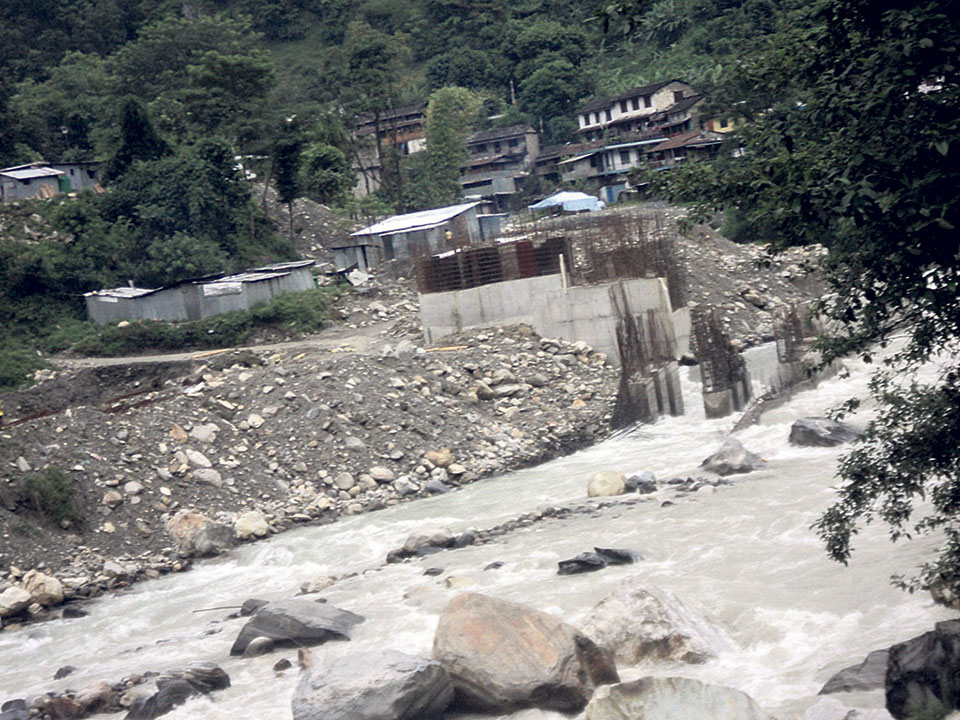 PARBAT, June 3: Construction of the 14 megawatts Madyamodi Hydropower Project at Modi rural municipality in the district, that halted for past one week due to a local people protest has resumed following an agreement.

The project management has agreed to address the demands of the affected locals following a joint consultation in this regard among the project side, the affected locals, the District Coordination Committee and Chief District Officer Gurudatta Dhakal. The construction resumed two days ago.

Locals agreed for the resumption of the project work after an on-site visit to the houses of victims took place. The owner of six damaged houses was told to receive compensation long ago.

There are 28 households who stay in the areas above the tunnel. According to District Coordination Committee, Parbat Chief Manoharbi Poudel shared that the concerned authorities and stakeholders were prodded repeatedly about the agreement reached between the locals and Project officials, not to disrupt the Project’s works, the District Coordination Committee to oversee the reconstruction of affected one’s houses among others.

PARBAT, July 17: The Parbat-Baglung section of the Mid-hill Highway has been obstructed due to landslides triggered by continuous rainfall.... Read More...

The death toll of Parbat bus mishap has climbed to seven. ... Read More...