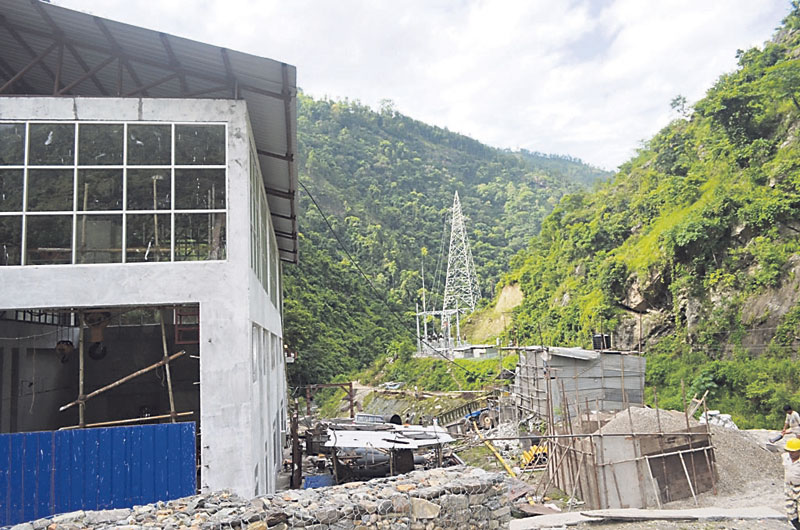 A hydro power plant in Panchthar.(Republica)

PANCHTHAR, Sept 20: Many hydropower projects in Paanchthar district are now picking pace while some others are already in the final phase of construction.

Likewise, the preparations to start the construction of the much anticipated Kabeli A Hydropower project is in the final phase.

Thousands of people are working in various hydropower projects in the district. As construction works of those projects have started to gather pace, many are expected to be completed within a year.

The country is expected to see a significant reduction in load shedding hours once all these projects are completed.

The construction of Hewa “A” Hydro Project, which is expected to generate 14.9 MW of electricity, was started four years ago with the budget of Rs 2.50 billion. Authorities said they are currently conducting a dry run for electricity generation. “As our construction is almost completed, we are preparing to generate electricity within a month,” informed Pushpa Jyoti Dhungana, chief of the project.

Lower Hewa “A” Hydropower Project, with a capacity of 21.6 MW, was started a year ago with a budget of Rs 3.6 billion. Mountain Hydro Power Company, which is building the project, said the construction works are moving ahead smoothly.

Another important hydel, 25 MW Arun Kabeli Hydropower project, is also moving ahead at a good pace. About 45 percent of the construction works have been completed, according to Dilli Subedi, a social mobilizer.

Kuber Mani Nepal, director of Prabandhak Rairang Hydropower Company, who has taken respons ibility for Iwa Khola Hydro Project, said they plan to complete the construction within one-and-a-half years. The 9.9 MW capacity project was carried out with the budget of Rs 1.6 billion.

Completion of such projects in the district is expected to add about 108.9 MW of electricity in the country.

Lalitpur DAO suspends all but essential services
2 hours ago
Residents can install EVs charging units for their personal use: NEA
58 minutes ago