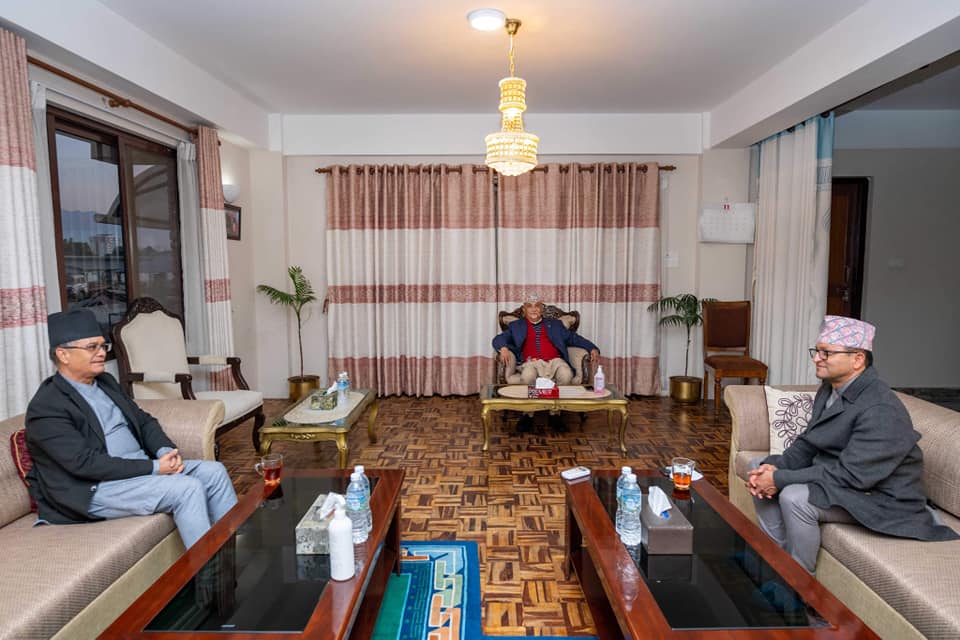 KATHMANDU, Dec 15: The meeting of the Constitutional Council has concluded.

The meeting held at the PM Oli’s official residence in Baluwatar discussed the appointments to be made in various vacant positions in the constitutional bodies, according to Ashok Poudel, the press aide to the National Assembly Chairman, Ganesh Prasad Timilsina.

Speaker of the House of Representatives Agni Prasad Sapkota skipped the meeting scheduled for Tuesday morning. A cabinet meeting later in the day introduced an ordinance to pave the way to convene the CC meeting and make decisions even if there are only three of six CC members are present.

The existing provision of the CC required at least five members to be present at the meeting to take any decision. Only the post of deputy speaker is vacant in the six-member CC as parties have failed to elect a new deputy speaker.

How many positions are vacant at constitutional bodies?

Constitution has united Nepalis in a thread of national unity: President Bhandari

KATHMANDU, Sept 19: President Bidya Devi Bhandari has said that the Constitution of Nepal has united the Nepali society in... Read More...