Oli: Time to implement constitution, not amend it 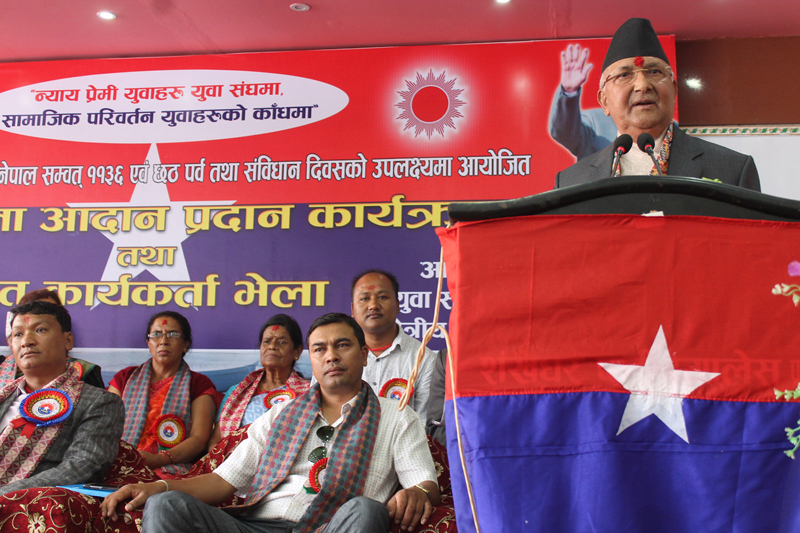 KATHMANDU, Sept 19: CPN-UML Chairman KP Oli reiterated that this is not the time to think about constitutional amendment but rather a time to implement the constitution.

Addressing a mass meeting organized by the party’s Kathmandu District Committee to mark the anniversary of constitution promulgation on Monday, Oli said the ruling coalition of NC and CPN (Maoist Center) has been fooling Madhes-based parties.

“If they really wanted to amend the constitution, they would have already discussed the issue with the UML. They are creating a hubbub about constitution amendment to hoodwink the Madhes-based parties,” said Oli.

“We are ready to amend the constitution for the prosperity of the country through political consensus but we cannot agree to any amendment just because a handful of party leaders and interest groups want it,” said Oli.

Oli also alleged that Prime Minister Pushpa Kamal Dahal fell into a trap and was involved in toppling the former’s government, which he said had presented a roadmap for implementing the constitution. “People blinded by greed for office failed to see the conspiracy,” Oli said hinting at Dahal.

Gaurika sets new national record, fails to qualify for next round
13 hours ago