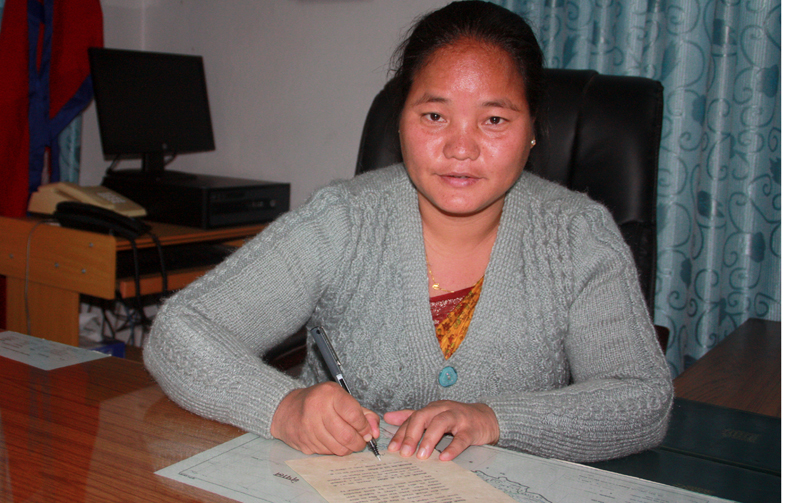 BAGLUNG, Nov 12: Former Speaker Onsari Gharti has said that the constitution has moved ahead towards its practical implementation along with the election.

At a press meet organized by the Press Centre Nepal, Baglung, here today, Gharti said that practical implementation of the constitution would take its momentum after upcoming elections to the House of Representatives and State Assemblies, saying the success of local-level election was the basis for constitution implementation. "People have great enthusiasm. Now the country will enter in the era of economic prosperity," she said.

The former Speaker said that the political parties have now no other goals except country's prosperity and people's happiness. Gharti stressed that all should stand together to bring changes in the country by protecting achievements gained from different political movements.

Saying the unification among political parties was natural, also the CPN (Maoist Centre) leader, Gharti, expressed the view that unity among the parties having same ideology and thoughts is in favor of the country.

She said, "Leftist alliance and democratic alliance were forged as per the people's wish." Gharti said that the constitution has guaranteed the women's rights and added that she would always take initiative for further rights of the women.

She further said that women should be empowered in economic, social and political manner. RSS

Formulating laws a must for constitution implementation: Speaker Mahara

KATHMANDU, July 20: Speaker Krishna Bahadur Mahara has said that it was necessary to formulate laws for the implementation of... Read More...