Constitution Day being observed across the country today 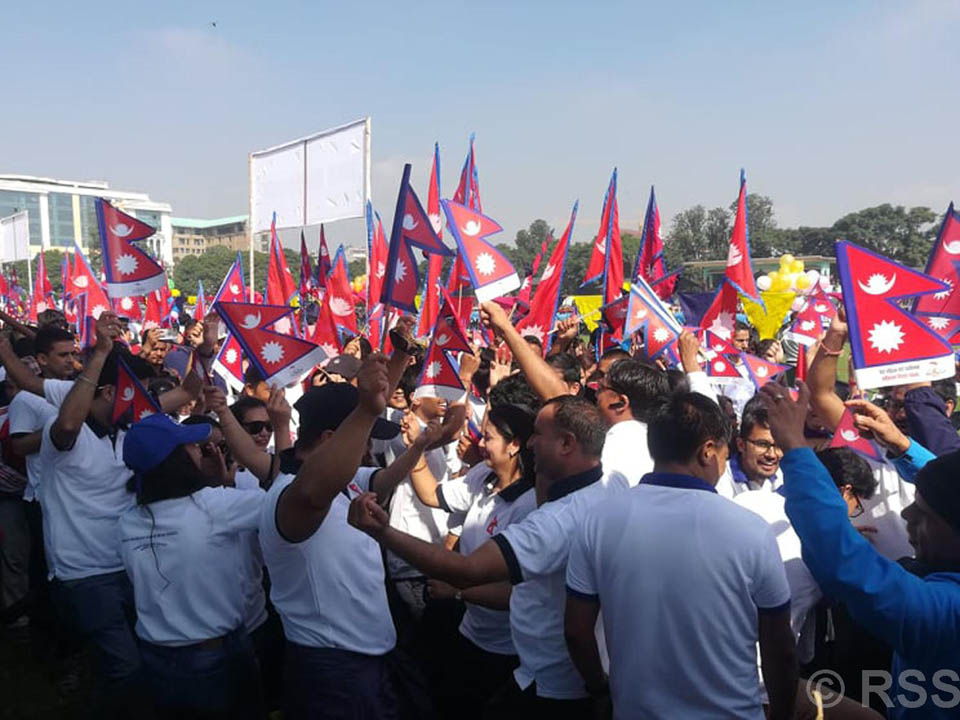 KATHMANDU, Sept 20: On this day in 2015, Nepal promulgated its first federal republican constitution.

To mark the fourth anniversary of the promulgation of the new constitution through the historic Constituent Assembly (CA), various programs are being held across the country.

A special ceremony is currently underway at the Nepal Army Pavilion, Tudikhel in the capital.

An aerial display of a banner reading ‘Constitution Day-2076’ and a flower dropping ceremony through helicopter are also the parts of the Constitution Day ceremony.

The constitution is a progressive political document that has consolidated Nepal’s journey into federal republic. It has been taken as a historic document that has ensured the rights of all religion, women, Dalits, indigenous nationalities, ethnic minorities, and deprived groups. The constitution brought marginalized communities into the political mainstream by upholding inclusion and proportional representation.

KATHMANDU, Sept 18: The Janata Samajbadi party (JSP) will not be taking part in the Constitution Day celebrations on Sunday,... Read More...

GORKHA, Sept 20: Central coordinator of the Sajha Party, Rabindra Mishra, has said it is wrong to blame constitution for... Read More...

JANAKPURDHAM, Sept 24: An clerk of Dhanusha District Court has been fired from her job after she shared a Facebook post... Read More...