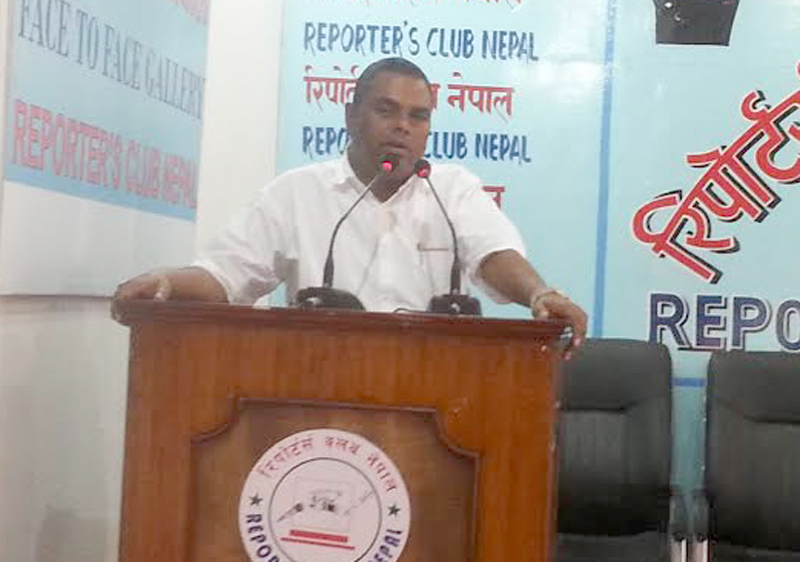 Addressing an interaction organized by the United Democratic Madhesi Front (UDMF) as part of a program preannounced by the Federal Alliance comprising protesting Madhes-based political parties and Janajatis at Bardibas of Mahottari, he said the Nepali people themselves decide on constitution amendment or rewriting or issues related to it.

He also said that the UDMF, an alliance of all Madhes-based political parties formed to press the government to address their demands, has been launching the protest with the concept that a common view on the constitution should be created and Nepali people themselves should resolve weaknesses in the constitution, if any.

Yadav, also coordinator of the Alliance, claimed that their protest was to end all types of 'discrimination' against Madhesi people and Janajatis.

He also stressed the need for filing the proposal to amend the constitution in Parliament in order to end the issue of demarcation of provinces. RSS

GAUSHALA, Nov 22: Minister for Peace and Reconstruction Sita Devi Yadav has said the government was committed to amending the... Read More...

UML is not in favor of constitution amendment, reaffirms Nepal

NEPALGUNJ, Nov 21: CPN-UML leader Madhav Kumar Nepal has reiterated that UML will not endorse the proposal for amending the... Read More...

Prohibitory orders in Valley extended by a week
12 hours ago

Prohibitory orders in Valley likely to be extended by a week, CDOs to take final call later today
16 hours ago

In scary scene at Euro 2020, Eriksen collapses on the field
20 hours ago

Province 2 governor’s memorandum to chief minister: Cabinet is not inclusive
14 hours ago