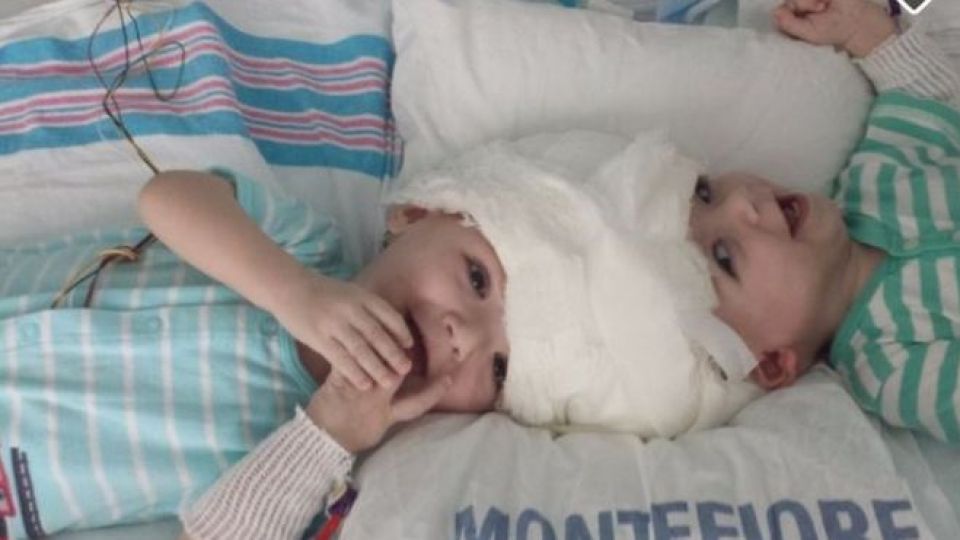 After 27 hours of surgery, twin boys Anias and Jadon McDonald — born joined at the head 13 months ago — began a new life apart on Friday.

The round-the-clock operation at the Children’s Hospital at Montefiore Medical Center in the Bronx began Thursday morning and ended Friday. The separation procedure itself lasted 16 hours, followed by more hours of surgery to rebuild their skulls and make them whole.

Jadon was the first of the boys to be finished. He was wheeled out of the operating room around 7:40 a.m. on a stretcher, his perfectly shaped head wrapped in white gauze.

He was taken on an elevator to the paediatric intensive care unit on the 10th floor, where he was reunited with his parents, Nicole and Christian McDonald.

“My boy,” Christian said with tears in his eyes.

Nicole bent over in tears.

More than five hours later, around 1 p.m., surgeons finished operating on Anias, and he was taken to the 10th-floor unit — where the family was finally reunited.

The surgery was led by Dr James Goodrich, considered the leading expert on what’s known as craniopagus surgery.

Following the operation, he told the boys’ family “Well, we did it.”

On Facebook, the boys’ mother, Nicole McDonald, wrote that Dr Goodrich said the case was the hardest he’d encountered. “We are definitely not out of the woods by any means,” she said. “There was a point where Dr Goodrich debated stopping the whole procedure because it was just too risky, but an opening presented itself and they went for it and it ended up being the right call.”

In the post, McDonald also shared how she felt about the future.

“It’s a bit surreal to sit here and type this,” she added. “I should feel so happy…TWO SEPARATE BABIES!!!…and yet I ache with the uncertainty of the future. I didn’t cry until the surgeon’s left the room. I was barely able to even utter the words ‘thank you’ because of the pit that still sits heavy in my stomach.”

SURKHET, Nov 20: A woman from Kalikot district has given birth to a set of conjoined twins at the Provincial Hospital... Read More...

HR Meet to be held on March 19