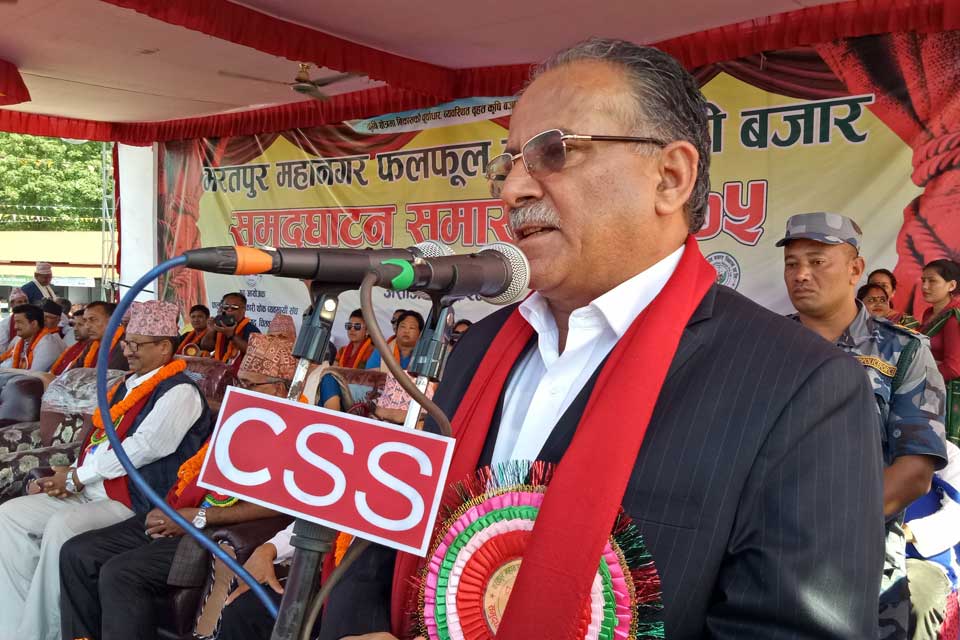 CHITWAN, Nov 21: Nepal Communist Party's chairperson Pusha Kamal Dahal has claimed that the state of conflict-victims had improved compared to the past.

Addressing a press conference organized by Press Chautari and Press Centre Chitwan today, leader Dahal reiterated that the pain of the conflict victims has been reduced and their situation had improved.

Responding to the queries of journalists about the status quo of the conflict-victims, Dahal replied, "The pain of the conflict victims were not as it is. It has subdued by a large extent by now. We are seriously doing homework at the political and legal level to address their grievances."

It's been 12 years since the Comprehensive Peace Accord (CPA) was signed, officially ending the decade-long insurgency. Around 17,000 people both from the State and insurgents were killed during the insurgency.

Dahal has been a signatory to the CPA representing the then CPN-Maoist.

The former Prime Minister further said, "As for the aspiration of the Prime Minister, he has given a speech in the United Nations General Assembly and Costa Rica according to which the remaining works of peace process and repatriating the conflict-victims would be expedited. The works of Truth and Reconciliation Commission and Commission for Investigation on Enforced Disappeared Persons would be completed by the coming mid-July."

On a different query, Dahal said that the discussion on the expansion of Bharatpur Airport is being undertaken.  RSS

How to deal with Nepal? India may take a leaf out of British Raj
9 hours ago

Upper Tamakoshi Project likely to be delayed
15 hours ago

With 72 new cases, Nepal’s COVID-19 tally spikes to 675
11 hours ago
Nepali Congress stands for suspension of funds to parliamentarians
12 hours ago
Patient dies at COVID-19 ward of Bharatpur Hospital, swab samples collected for test
12 hours ago